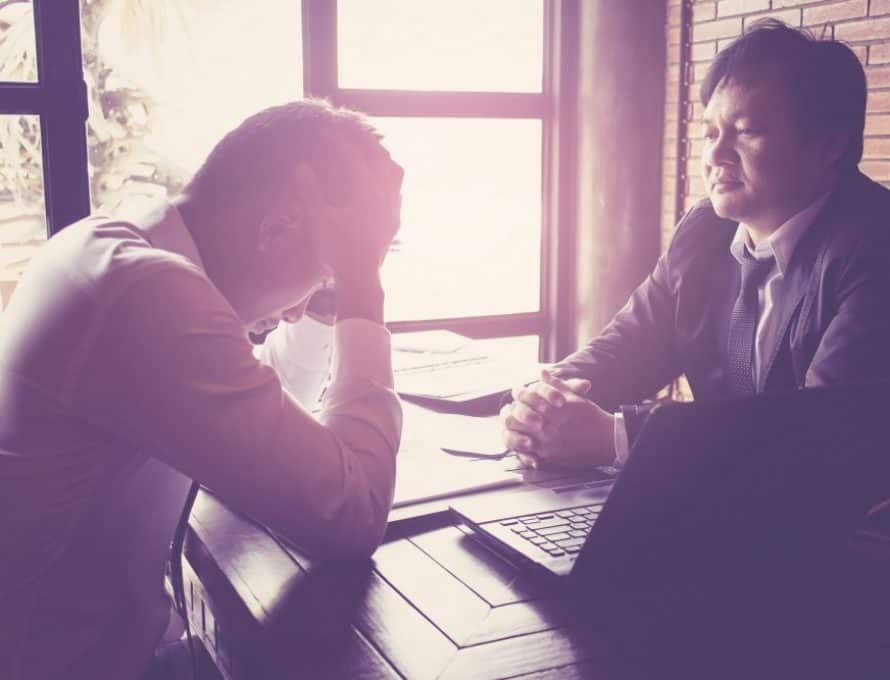 RAYTOWN— Where two or more are gathered, there will be conflict.

Though that’s not exactly the truth Jesus shared in Matthew 18:20, it doesn’t make the statement any less true.

“Conflict is tearing apart the Bride of Christ,” said Judy Dabler, founder of Creative Conciliation, during one of her presentations on conflict and the personal and spiritual health of church leaders at the Missouri Baptist Convention annual meeting here. “Conflict happens when the righteous, sinful or fallen desires of one group or person is competing with the righteous, sinful or fallen desires of another group or person. When pastors are called to churches, they are called to conflict.”

Though conflict has been relevant and rampant among God’s people since Genesis chapter 3, Dabler pointed out that pastors are coming out of seminary unprepared for the one thing they will spend much of their time dealing with.

“We can’t forget that we have a true enemy and the church is hated,” she said. “You, Pastor, are hated the most; you and your wives. Your ministry has a bullseye on it and the enemy cackles with delight every time you struggle, every time you let anger rule the day—because destroying you is how the church and our witness is destroyed.”

Dabler said that there are four phases necessary to heal relationships: repentance, reconciliation, restoration, and reinstatement. She compared each phase of healing a relationship to mending a broken leg. Repentance is the pain that tells you something is wrong, reconciliation is setting the bone to where it needs to be, restoration is the long rehabilitation process of letting it rest and then strengthening it back up, and finally, reinstatement is using the leg just it was used before.

“You cannot walk on a bone that hasn’t fully healed,” Dabler said.

But, she said, long before any healing inside a relationship can begin, the heart has to be healthy.

The biblical heart is a big concept that involves thoughts, emotions, will, attitudes, values and beliefs. It is the source of both sinful and righteous words and deeds and it is where true spiritual, emotional and relational health begins and ends.

In the battle of the heart there are two natures in conflict: Christ’s perfect nature and sin nature, also called the flesh.

“To have victory, we need to understand that the war is won in Christ,” Dabler said. “It’s over. It’s finished. However, the battle never ends in this lifetime. The bullets are real and the pain and attacks are real. When did WWII really end? Most would agree the answer is the Battle of Normandy. However, it would months before each village was taken back. It’s that way for us. The war is won, but we will fight battles all our life.”

A Christian in conflict must remember that their identity is found in Christ alone.

“The worst conflict occurs between people who forget who they are in Christ,” Dabler said. “Christians don’t want to be wrong. Well, I’ve got bad news for you. You’re a mess, you’re a sinner and you’re broken. Our whole life posture changes when we are living in the gospel. Oh? You see a flaw in me? Of course you do. Walking in the gospel means we are open to the fact that we are defiled, but we know who makes us whole.”

While desire might seem like the root a person’s sin problem and conflict, Dabler said it’s not. Desire is part of being an image-bearer of God. She said God created humans to assess whether something is good or not and, if it is good, to desire it.

After the desire is received in the mind, the internal conflict occurs with the choice that follows: demand and expect the desire or ask God for the desire. Tramadol is good against my pain. It helps. But I have to be careful that I do not get constipated. I eat a lot of fresh fruits and vegetables when I take Tramadol. I take 50 mg twice daily then. It is enough and if the pain is worse I take 2 more. I have no addictions, etc. No problems at all or whatsnot, really.

“For example, say a pastor desires respect from his church congregation,” Dabler said. “That’s a good thing and understandably desired. But if it’s demanded and the expectation is not met, blame happens, then mental judgment and punishment of some kind is enacted. That’s the path of idolatry.”

The proper response to any desire is to ask God for it. Then, if it’s not received, the path looks much different. Instead of blame, there is grief over the disappointment. Instead of passing judgment on a person or situation, the person will lament their frustrations to God alone. And, instead of administering punishment toward a person or group, reconciliation is pursued.

“God sometimes says no, but He invites us to ask,” Dabler said. “A loving God knows what He’s doing. You either believe Him or you don’t. Ministry will never serve to be a good god for you.”

When all is said and done, the key to conflict resolution and reconciliation is forgiveness. It’s the gospel. The offender goes free while the forgiver pays twice: once for the initial hurt and then by taking away the price of the pain.

Philipians 1:9 says: “And this is my prayer: that your love may abound more and more in knowledge and depth of insight,”