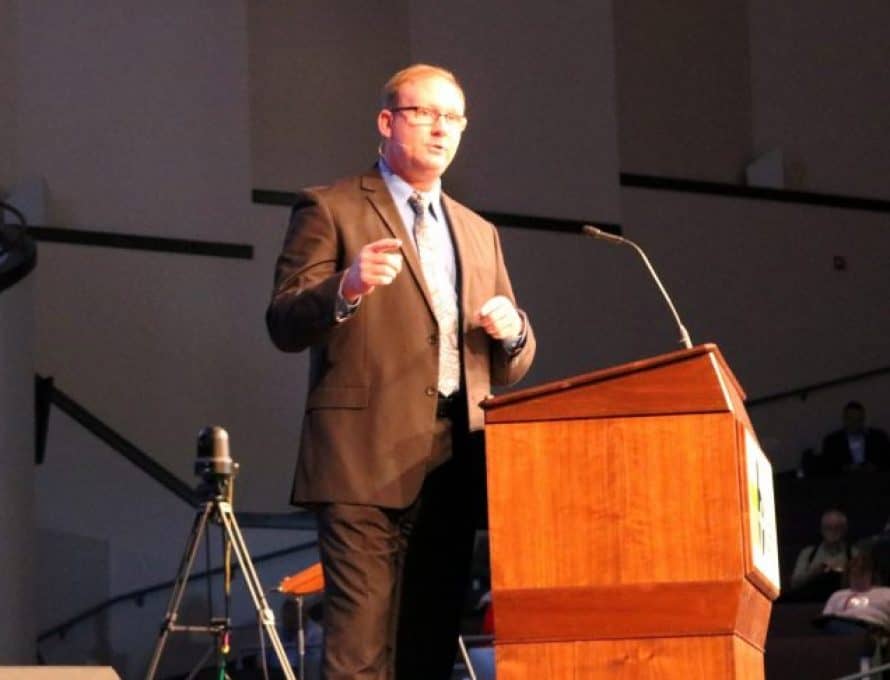 The title was a playful take off of Velveeta, a “cheese product,” Wyngz, a chicken-based snack with no wing meat, and Froot Loops, the sweet cereal that yet contains zero fruit. His text was 1 John 3:11-16:

“For this is the message you have heard from the beginning: We should love one another, unlike Cain, who was of the evil one and murdered his brother. And why did he murder him? Because his works were evil, and his brother’s were righteous. Do not be surprised, brothers, if the world hates you. We know that we have passed from death to life because we love our brothers. The one who does not love remains in death. Everyone who hates his brother is a murderer, and you know that no murderer has eternal life residing in him. This is how we have come to know love: He laid down His life for us. We should also lay down our lives for our brother” (CSB).

An emphasis on making the outside match in the inside – or vice versa – continues with hatred.

“We may say we love our neighbor and the body of Christ, that we would do anything possible to make sure that our brothers and sisters were taken care of,” Baker said. “But is that true? Don’t let hatred in your hearts spill over into the church. Don’t let division over music or practice become a problem.”

His third point was a loving sacrifice that is every bit as painful and horrifying as it purports to be, but is also just as true an act of love.

“Are you genuinely excited about that act of genuine love,” he asked. “It’s here and present, and it dominates anything else.”