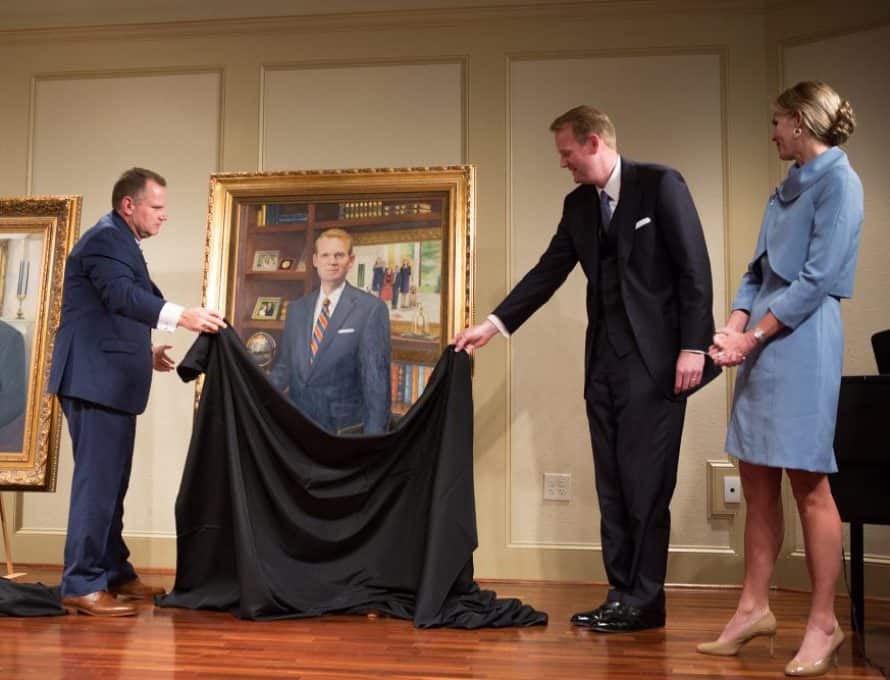 KANSAS CITY – Amid a grand celebration of Jason Allen’s fifth anniversary as Midwestern Baptist Theological Seminary’s president, trustees, friends and the seminary community gathered Oct. 16 to mark the occasion and praise God for Allen’s accomplishments during that tenure.

Following a full day of trustee work sessions and committee meetings, the institution turned to commemorating the fifth anniversary of Allen, who officially took office on Oct. 15, 2012.

“From the moment I heard about Dr. Jason Allen and the committee’s confidence in his Christian character, dedication, intellect, strategic thinking, and frankly necessary grit to lead Midwestern, I too was confident he was the man…,” Parker said. “And in the five years since that day, the committee’s chosen candidate has proven them to be right in countless ways on countless occasions. God graciously provided us with a leader.”

Parker also honored Allen with the Martin Luther Christian Leadership Award, which henceforth will be presented as the highest honor one can receive at Midwestern Seminary.

MBTS trustees also approved a recommendation to renovate the Trustee Classroom building and old student center. Plans include consolidating faculty offices to one central location, as well as to consolidate all of the student services components into one convenient location for student access.