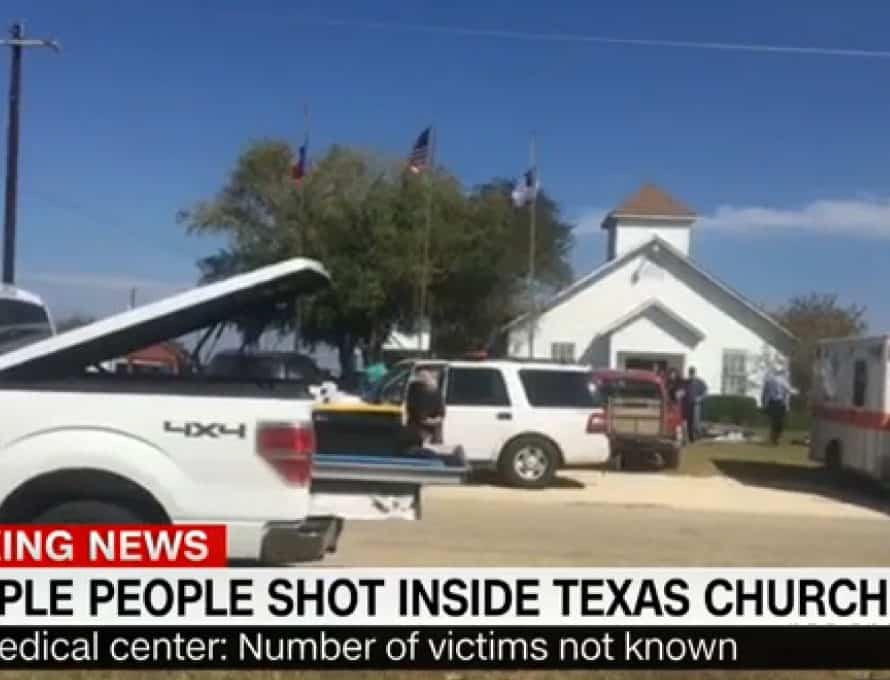 The pastor, Frank Pomeroy, and his wife were both out of town when the attack occurred, said Mitch Kolenovsky, a field ministry strategist with the Southern Baptists of Texas Convention, who contacted the pastor.

Witnesses told reporters the gunman was wearing tactical gear when he entered the sanctuary about 11:30 a.m. and reloaded his weapon multiple times during the attack. Authorities had not identified the shooter, who reportedly is dead, at the time this story was posted. His motive is not known at the moment. Wilson County Commissioner Albert Gamez Jr. told reporters the gunman fled the church after the shooting and was pursued by deputies. It is not known whether he was killed by law enforcement or died of self-inflicted injuries.

Richards told Baptist Press: “We’re calling our churches to prayer for our brothers and sisters in Sutherland Springs. We don’t know the details yet but early reports indicate that several people have lost their lives in this tragedy. We will … find ways to support this dear church. We pray God’s mercy and comfort on those who are grieved and those who are wounded.”

“We are praying for the families of those who were killed as well as those who were wounded. We pray that God will lay His merciful hand of healing on all who have suffered and have been injured. May God bring healing and hope to the church and the city. May God bless all the police officers serving in that area. And may God prevent further incidents like this throughout our nation in the days to come. Our hearts and prayers are with you.”

Frank S. Page, president and CEO of the Southern Baptist Convention Executive Committee, also called on Christians to unite in prayer for families affected by the shooting.

“I am calling the Southern Baptist Convention to prayer for the people of Sutherland Springs Texas and particularly for our sister church members at the First Baptist Church of Sutherland Springs Texas,” Page said. “Sadly, another morning of worship and praise and Bible study turned into a horrific scene of violence and many innocent lives were altered in an instant. God help us all as we deal with an evil that takes the life of the innocent.”

Texas Governor Greg Abbott said on Twitter: “Our prayers are with all who were harmed by this evil act. Our thanks to law enforcement for their response.” President Donald Trump tweeted, “May God be w/ the people of Sutherland Springs, Texas.”