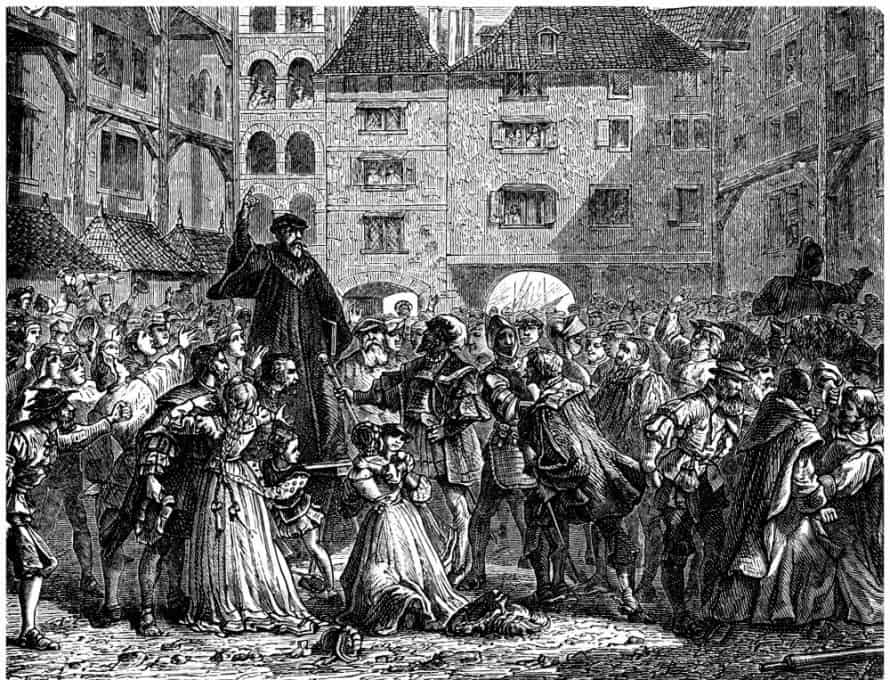 JEFFERSON CITY – The author of Ecclesiastes once wisely wrote, “there is nothing new under the sun”. This truism is perhaps best exhibited in society’s current moral failings. For many Christians, it seems as though issues such as abortion, same-sex marriage, and gender dysphoria are new problems facing the church. However, a closer examination of church history shows that Christians have argued against these very same moral issues throughout previous generations.

As we celebrate the 500th anniversary of the Reformation, Christians would be wise to remember specifically the arguments the Reformers made against similar societal ills. For instance, when addressing the prevailing belief that human life does not originate at conception, the Reformers earnestly argued for the value of life at all stages. Renowned Reformer, John Calvin, argued for the sanctity of human life by stating, “The fetus, though enclosed in the womb of its mother, is already a human being, and it is almost a monstrous crime to rob it of the life which it has not yet begun to enjoy…If it seems more horrible to kill a man in his own house than in a field, because a man’s house is his place of most secure refuge, it ought surely to be deemed more atrocious to destroy a fetus in the womb before it has come to light.” (Calvin, “Harmony of the Law” V. 3). Calvin and the other Reformers’ view of abortion was simple – God made every individual life. Therefore, each human life should be valued regardless of the situation or circumstances.

Another current issue that Christians struggle to address – homosexuality – was also discussed at length by the Reformers. Martin Luther, the initiator of the Reformation, spoke of homosexuality’s perversion by stating, “The vice of the Sodomites [homosexuals] is an unparalleled enormity. It departs from the natural passion and desire, planted into nature by God, according to which the male has a passionate desire for the female. Sodomy craves what is entirely contrary to nature.” (Ewald Martin Plass, “What Luther Says: An Anthology,” Volume 1, 1959. p. 134.) Upon considering where this perversion originated, Luther resolutely declared, “Without a doubt it comes from the devil.” Once again, Luther and the Reformers were not afraid to speak to societal sins from a biblical perspective.

Therefore, for modern Christians, we would be wise to pay careful attention to the teachings of the Reformers. While secular arguments will inevitably emerge attempting to moralize what Scripture condemns, Christians should be reminded that these attempts are nothing new. The Reformers’ assertions for truth are not only still valid in contemporary times, but also are still applicable to every modern moral argument.

In a society where truth is relative and hard moral questions seem difficult to answer, these old voices from the Reformation continually cry out relevant biblical truth. Thus, the Reformers should serve as a source of encouragement and hope for the believer. Christian, do not despair at perceived moral ambiguity of modern times. Hundreds of years ago the Reformers dealt with these very same issues, and their persistence to biblical faithfulness should encourage us to “hold fast the confession of our hope without wavering” (Heb. 10:23). May we continue the great tradition of the Reformers by holding fast to the gospel and preaching light in a world full of sin and darkness.