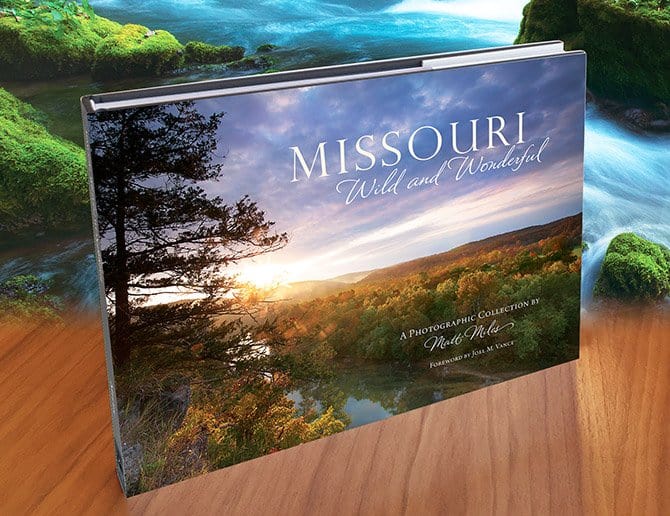 ROGERSVILLE – Hiking along the Current River in Shannon County about four years ago, Matt Miles walked onto an overlook just before dawn. Beyond the river, the hills were thick with trees, and as the sun rose its light set the whole wood ablaze with autumn colors.

Not a moment too soon, Miles photographed the scene. After he did so, the sun rose above the clouds, and the hills turned to somber grey.

“The magical light of that incredible view was essentially gone,” he remembered. Yet he had captured the photo he wanted – a fact that many people would chalk up to luck. But Miles sees things differently.

“I was blessed,” he said. His photo, featured on the cover of his recently published book, Missouri: Wild and Wonderful, is only one of 142 other images that portray the beauty of God’s handiwork within creation.

For more than two decades, Miles has taken photos of wildlife and landscapes. And he hopes his artistry will encourage people to appreciate the grandeur of the Missouri outdoors and to worship the God who made it all. He also hopes people will realize that the same God who holds the universe in His hands cares about each detail of their lives. 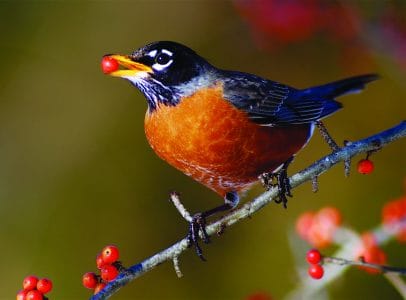 “No matter what I do,” Miles told The Pathway, “I want to have an impact and a testimony for God. As you know, we are all called to be missionaries in our home, our work and all other areas we can impact and influence others.

Photography is not my profession, but I believe God has blessed me with the ability to capture images of His creation to minister to others.”

Miles and his wife, who live in Rogersville, were members at South Haven Baptist Church, Springfield, for 32 years, and they recently moved over to Hill City Church, a one-year-old plant of Second Baptist, Springfield, where their college-aged daughters attend church. For many years, Miles worked with his church’s youth group, and he hopes his photography will inspire young people to lay aside their cell phones and enjoy the outdoors.

A life-long outdoorsman, he makes his living as an environmental consultant, helping electric companies keep up-to-date on government regulations. But when he’s not working, he loves to take to the woods with his camera.

“My photography was born out of missed opportunities,” Miles said. All too often, after hiking, fishing or hunting, he’d exclaim to his family and friends, “You can’t believe what I saw! I wish I had a camera!”

And when he finally did get a camera, it only took him a couple of months to realize that he had a knack for photography. At the time, he entered two photos into a contest organized by Bass Pro and Nikon.

“I didn’t know anything about photography. I didn’t know really how to run the camera,” he said. Nevertheless, he won both first and second place in the contest.

Great nature photography depends on split-second opportunities: golden sunlight falls over the landscape, but only momentarily; a wild bobcat gives a quick, “parting glance” before vanishing into the woods; a black bear unexpectedly raises itself up to mark a tree but soon disappears in the underbrush once more.

From such fleeting opportunities, Miles has captured hundreds of rare images. And each time he does so, he sees God’s hand in not only in nature, but also in his own life. In these moments, he senses God’s affirmation of his work as a photographer.

But Miles has seen God’s handiwork in much more intimate ways, as well. Twice in his life, he said, God has spared his life inexplicably. The first time, he was a toddler: At that time, he contracted an undiagnosed illness, had fevers of 107 degrees, fell into a coma for a day and was sent to the nearest hospital with little hope for survival. But, as his mother prayed over him, he regained consciousness and recovered quickly.

The second time occurred nearly five years ago: Miles was mowing a stretch of grass along a country highway when a car lost control at 65 miles-per-hour and hit his riding lawn mower. The mower blew up, sending shrapnel a quarter mile. But, despite a broken bone or two, Miles was spared.

These close calls remind Miles that God cares for every detail in his life and that God has a purpose for him.

But, at the same time, God holds the universe in his hands. Miles realized this truth vividly when shooting photos under the night sky from the top of Hughes Mountain in Washington County. On this occasion, he was able to capture images of a meteor shower against the backdrop of the Milky Way galaxy. As it was intended to do, the view prompted him to pause and worship God.

“It is so humbling, so awe-inspiring,” Miles said, “to see the grandeur and majesty of our God and to realize that he cares for us each individually.” 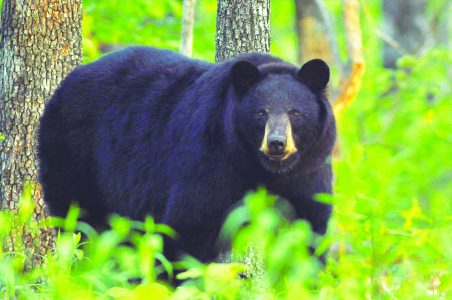 ROGERSVILLE – Nature photographer Matt Miles has seen Missouri’s elusive black bear only seven or eight times through his time spent in the wild. But he captured images of four bears for his new book, Missouri: Wild and Wonderful. To learn more about Miles’ photography or to contact him about speaking at a church event, visit www.mattmilesphotography.com.