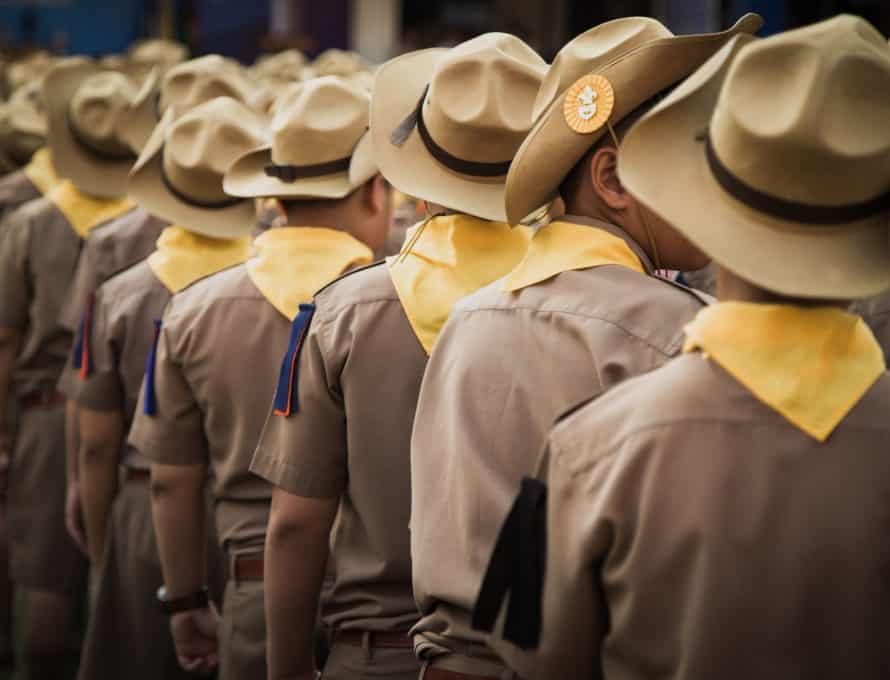 The Boy Scouts of America announced last week that the organization will now accept girls as members, thus ending the uniqueness of this iconic institution.

Many commentators have lamented the moral decline of the Boy Scouts, seen in the organization’s steady capitulation to the ideology of the sexual revolution. But there is something deeper going on here, and it goes beyond one’s views of sexual morality.

The Path of Wisdom and Virtue

The Boy Scouts offered a pathway toward manhood, a vision of the good life that brought together nature and nurture, and lifted up a moral vision to be pursued and cherished. Spending time outdoors with others in community was a way of traveling the ancient path of wisdom and virtue. Wisdom: learning how to flourish by living according to the grain of the universe. Virtue: choosing patterns of life that lead to the development of moral intuitions and character growth.

The Boy Scouts offered a way for boys to track their progression toward the fulfillment of an idealized manhood. All the knot-tying and skills-learning were about bringing yourself in line with the way the world works. John Waters, the Irish playwright, reminds us what we discover when we build or repair something:

You have to conform your will and judgment to certain external facts of physics that remain nonnegotiable. A repairman of the old kind needed to develop a relationship with objects involving a real understanding–not ownership or a claim of dominance, but a sense of how these objects fitted into the logic of the world… To be an apprentice to a master is to be guided along a path of learning. To practice the craft is to enter into a relationship with a world that exists independently of oneself. To get better at something is to be drawn closer to an understanding of how the world works in practice.

Our society used to include multiple pathways of moral formation. The Church occupied a central role, of course. But even entertainment played a part, as is evident in older television series where children stray from the path set by older and wiser mentors (almost always their parents) before coming back in line due to the consequences of their wandering.

A Path is, By Nature, Confining

The problem with norms and paths, these visions of the good life, is that they were, by definition, confining. They were paths, after all. To stray was to invite the displeasure of the community.

(Younger viewers of Netflix’s The Crown find it hard to imagine a world in which a princess is forbidden to marry a divorced man. What kind of society would take so seriously the vows of marriage and fidelity as to oppose a passionate love affair?, we wonder. The answer? The generation that came just before us, and the queen who still sits on England’s throne.)

Yes, the ancient paths could feel confining. The Boy Scouts delivered a vision for a certain type of boy. Young boys with creative inclinations, who were less interested in hunting, fishing, and hiking may have felt left out and may have wondered if their manhood was deficient. But different paths for different kinds of men have always existed, including apprenticeship in the arts that have given rise to some of the world’s greatest writers, composers, poets, and artists.

Various pathways have existed, and yes, each path was in some way confining, but clear lines of demarcation served the function of helping people understand where they belonged and how they fit in. The lines we drew gave us significance.

A World Opposed to Paths

Today, our society is awash in expressive individualism, where the purpose of life is to find yourself and be true to yourself as opposed to what society, political parties, religious groups, or previous generations say should be your path. In our movies and TV shows, the hero colors outside the lines and does what is necessary to achieve and express his or her uniqueness.

The older vision of the Boy Scouts doesn’t fit this narrative. And so, the drama has been recast. The new heroes are the gay scout leader or the young girl, both of whom challenge the ancient path for its exclusionary practices in order to win access to a previously “off limits” area. The Boy Scouts path, or any path, is too confining and restricting to one’s individuality. It must give way.

And so it has. The Boy Scouts, as they have existed since their founding, are no more. The paths have been blown up.

The Downside of a Pathless World

But we have yet to reckon with a world in which paths no longer exist.

We have yet to reckon with a world in which new ideologies of gender lead children at the youngest ages to raise doubts about the fundamental embodied nature of our existence, forms that have always been received without question as “given” by nature.

We have yet to reckon with a world in which there is no longer a marital pathway for norms in regard to sexuality to be celebrated and cherished, rather than transgressed and exploited.

For many in our society, the disappearance of pathways, of “right and wrong” or “wise and unwise” or “natural and unnatural” ways of living is a step toward freedom. It means that we are no longer constrained and suffocated by the ancient paths. We can chart our own course.

The Disappearance of Meaning

But the disappearance of paths leads to the disappearance of meaning. In the past, those who transgressed well-worn paths found the experience exhilarating precisely because there were paths to transgress. Today, with pathways quickly disappearing, even the most brazen acts are met with a yawn. Some LGBT writers mourn the normalcy brought by gay marriage, because they sense the loss of what was transgressive and exciting about gay culture.

Increasingly, our society refuses to accept older paths of meaning and significance. We feel we must create meaning for ourselves. Hence the rise of the transgender revolution, our culture’s newest determination of finding some path to transgress in order to find meaning.

The problem is, without pathways to walk down or react against, the significance of striking out on our own is diminished. Which is why “affirmation” has become such a flashpoint in our culture. Do you wonder why there is such a strong drive to make churches “affirming” of different paths of sexuality, or enshrine in law the requirement that everyone use the pronouns someone demands? It is because we no longer feel a sense of satisfaction in choosing a path and learning a certain way of being in the world. The path is gone, and in the tension of a path-less world, we feel the loss of that significance, and so we demand affirmation from others as a way of regaining it. In order to reassure ourselves of our choices, we ask the community to affirm that our path is as legitimate as anyone else’s.

Here lies the deeper significance of the loss of the Boy Scouts. The pathways are now covered over. We branch out and blaze our own trails. Yes, we’ve lost some of the confining and restricting aspects of the ancient paths, but we’ve also lost the significance of living within them or transgressing them. There’s one way to describe losing sight of a path: it’s called “being lost.”

Thankfully, there’s one ancient path that hasn’t gone away. It, too, includes wisdom and virtue, though showered by divine grace. And this path is clearer and more appealing than ever, because the One who walked it before us made sure that it was narrow.