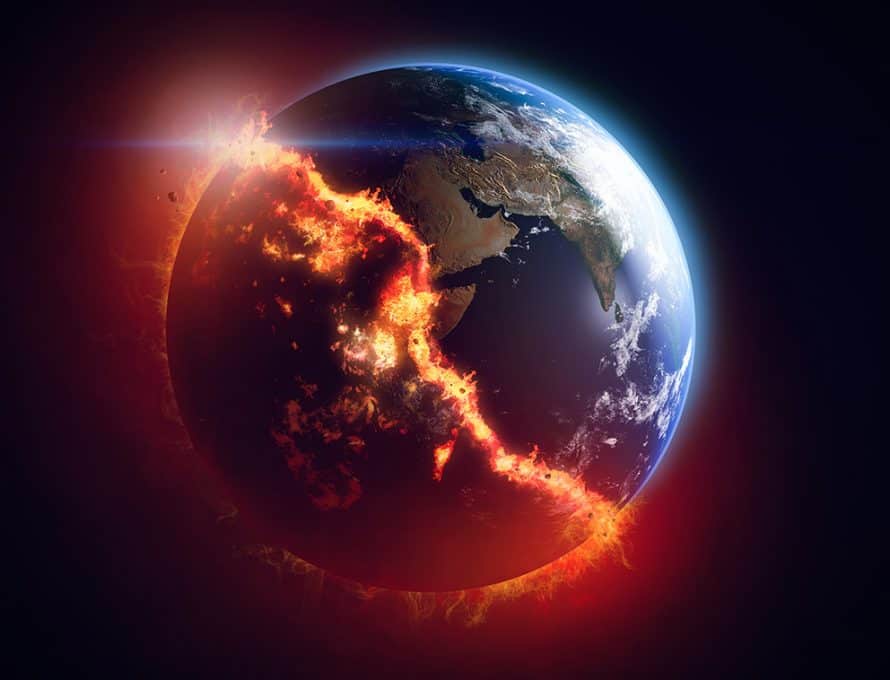 Nearly everyone admits the world is broken, at least to some extent. There’s a disconnect between “what is” and “what ought to be.”

People pursue happiness, only to die sad and alone.

Our stuff wears out, loses its luster, or gets stolen.

And on it goes. When we stop to ask our friends why they believe the world is broken, we get a variety of opinions.

Some say the existence of evil proves there is no God – at least not a benevolent, all-powerful deity. But as Gregory Koukl points out in The Story of Reality, “getting rid of God because bad things happen, though an understandable impulse, does not solve anything. It neither explains the world’s brokenness nor helps us repair it.”

Many who hold a naturalistic worldview, which argues that the material world is all that exists, say that the world is exactly the way it’s supposed to be. Yes, it’s broken, but what do you expect from a universe that runs on blind processes and survives by chance and adaptation?

Noted atheist Richard Dawkins explains it like this: “In a universe of blind physical forces and genetic replication, some people are going to get hurt, and other people are going to get lucky; and you won’t find any rhyme or reason to it, nor any justice. The universe we observe has precisely the properties we should expect if there is at the bottom, no design, no purpose, no evil and no good. Nothing but blind pitiless indifference.”

Many are not so jaded in their despair. These folks argue that our problems reflect society’s failure. If only people had more education, they would get better jobs, live in nicer neighborhoods, marry into the higher echelons of society, and be happy.

Or, if only poverty were eradicated, we’d have less crime, higher levels of overall health, longer lifespans, and greater universal harmony.

There are many problems with this view. The main problem is that some of history’s most brutal dictators, and some of the world’s greatest swindlers, were well educated, well-off people. As Nabeel Quereshi points out in Answering Jihad, Usama bin Laden and other radicalized Muslims come from affluent and well-educated backgrounds. And, crime isn’t necessarily eradicated when criminals move from the slums to the suburbs.

Still others might argue that the world is broken because right and wrong are determined by a collective group of people – a culture or a society – and these groups are not homogenous. What’s right for one culture isn’t necessarily right for another. And when cultural ideals clash, things can go terribly wrong. Hutus and Tutsis in Uganda, for example, end up slaughtering one another.

G.K. Chesterton is famously attributed with answering an inquiry in The Times, in which a reader asks, “What’s wrong with the world today?” Chesterton’s response: “Dear Sir, I am.”

A biblical worldview best explains what’s wrong with the world. But even more important, it offers a solution. The world is not always as it was, or as it will be one day.

According to the Bible, God created the universe and everything in it. He declared all of it good, and He announced the pinnacle of His creation, mankind, very good. His creatures enjoyed fellowship with their Creator and lived in a perfect environment. But, given the opportunity, they rebelled, and the consequences fell fast and hard.

Adam and Eve were banished from this perfect place, and they lost direct access to God. The ground itself ceased to yield an easy bounty. One person was set against another. It quickly became the broken place it is today.

But in the midst of it all, God revealed His plan to set things right. The “seed of woman” would come – a Redeemer born of a virgin, who would live a sinless life, perform miracles, and die a horrible death as He took upon Himself the sins of all mankind. The object of His Father’s love, and wrath, Jesus satisfied the Creator’s justice. And in rising from the dead three days later, He conquered sin and death for all people.

One day this Savior, the Lamb of God, returns as the Lion of the tribe of Judah, to raise the dead, judge all people, purge the cursed creation of the stain of sin, and make all things new. And we’re invited to join Him through faith in His Son.

A much better story, don’t you think?