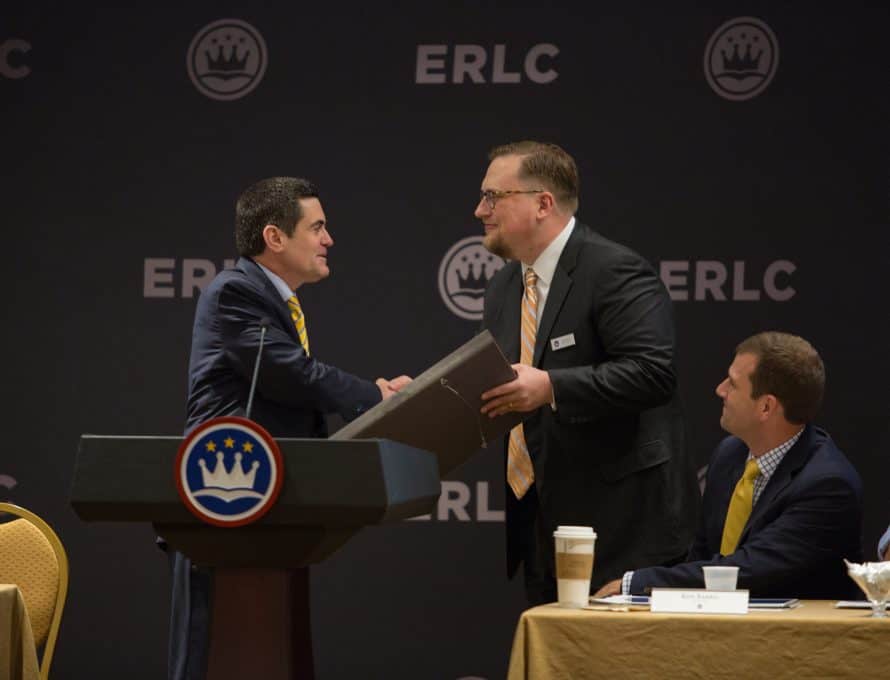 The resolution approved by the ERLC’s executive committee commended Whitehead for his work on behalf of Trinity Lutheran Church in Columbia, Mo. The church won an important religious freedom case at the U.S. Supreme Court in June, and Whitehead and his father Michael – lawyers in Kansas City, Mo. – served as co-counsels for Trinity Lutheran.

Additionally, trustees approved recipients of two annual awards, adopted a slight budget increase, elected new officers and received reports on the commission’s work in the last year. The board meeting concluded on the day the ERLC’s national conference on parenting began at the same site.

Trustees unanimously approved Tennessee Gov. Bill Haslam as the recipient of the Richard Land Distinguished Service Award, which goes annually to a person displaying excellent service to God’s kingdom. They also approved unanimously the Little Sisters of the Poor for the John Leland Religious Liberty Award, which is given yearly to a person or group exhibiting a deep commitment to religious freedom.

In other actions, the ERLC trustees: