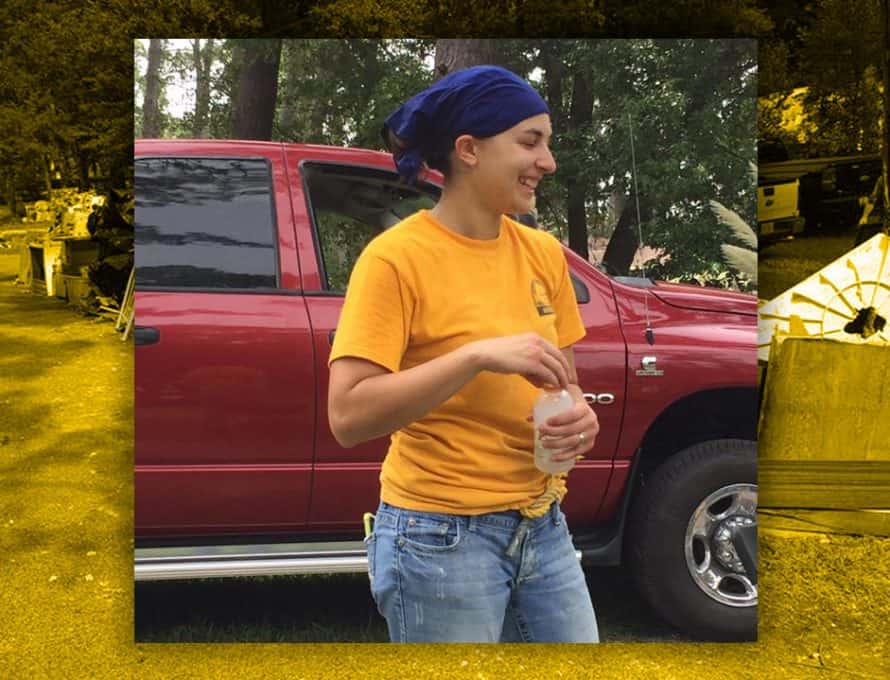 JEFFERSON CITY – When Dwain Carter, the director of the Mission Baptist Convention’s disaster relief program left to take on a similar role in Texas, he knew he was leaving the ministry in capable hands.

Tamara Parry, a member of Union Hill Baptist Church, Holts Summit, had served as the DR ministry assistant for three years and was ready and willing to step into the interim role. Then, just two weeks into her new responsibilities, the most destructive hurricane in U.S. history made landfall in Houston.

It may have been two weeks, but “it felt like 20 minutes,” Parry joked. “We could see it coming, but I was praying it wouldn’t be as big a deal as it was. We definitely got to hit the ground running.”

The disaster relief network of volunteers is well-trained, and has regional  and discipline-specific leadership teams set up through the state. So initial deployments of feeding, shower and mudout units as well as chaplains and assessors to the Houston suburb of Texas City, Texas more or less worked out the same regardless of who was coordinating work out of Jefferson City. That is to say, it worked out without a hitch.

“It’s a well-oiled machine,” Parry said. “They want the leadership to be there, but they know already what they’re doing.”

Parry said the most dificult part of her new duties is that there is no one new to take on her previous administrative role, so she is pulling double duty.

“Those ‘Tamara jobs’ still have to happen,” she said. “It’s been stressful, but thanks to some of the other ministry assistants here chipping in, it’s been successful.”

Another aspect of her new  leadership  role meant driving down to Houston to see operations first hand. She worked a day with every unit from Missouri on the ground in Texas City, including feeding, mudout, and the shower/ laundry unit.

“The best leaders serve, so that’s what I wanted to do,” she said.“It was good to get a feeling for what these people do all the time.”

“Down there, we didn’t think of her as the state leader; she was one of the team,” said Sharon Hadler, a volunteer from Cape County Cowboy Church who worked mudout with Parry. “She fit right in and worked just as hard as anyone. Working alongside someone gives you a different impression of someone and you know for a fact they know what you do.”

The U.S. Senate voted to enshrine same-sex marriage as the law Tuesday (Nov. 29) while rejecting efforts to st