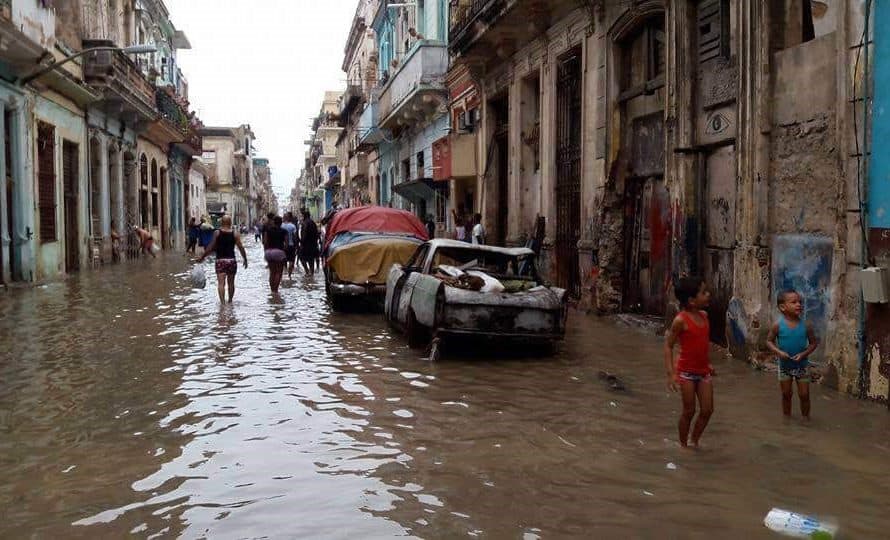 SAN JUAN, Puerto Rico (BP) — Food and water shortages in the Caribbean are being relieved by Southern Baptist partners and disaster relief workers nearly a week after Hurricane Irma trampled islands and killed at least 38 people.

Baptist Global Response (BGR) is already distributing food in Cuba, where Irma hit 13 of the 15 provinces. The Alabama Baptist State Board of Missions is working with the Federal Emergency Management Agency (FEMA) and the North American Mission Board (NAMB) to transport a feeding unit to Puerto Rico, BGR CEO Jeff Palmer told Baptist Press today (Sept. 12).

“Right now our team is on the ground in [San Juan] Puerto Rico,” Palmer said. “We also are releasing some resources … through our Baptist partners in Cuba; we’ve already done some food distributions in Cuba.”

The feeding unit from Alabama will serve the U.S. Virgin Islands and other impacted areas, NAMB said in today’s Send Relief bulletin.

Transportation to Puerto Rico is slow and hampered by hurricane damage and changing logistics, Palmer said. BGR representatives planned to meet today with Jorge Alvarez, president of the Convention of Southern Baptist Churches in Puerto Rico & U.S. Virgin Islands, to discuss islanders’ needs. About 60 churches in the territories cooperate with the convention.

BGR and NAMB have each donated an initial $50,000 to food relief in the Caribbean in response to Irma. Alabama disaster relief strategist Mark Wakefield is coordinating the transportation of the feeding unit, but details were not available today.

BGR will continue to prioritize food, clean water and shelter in its initial response in the Caribbean. NAMB is focusing primarily on disaster relief efforts stateside in response to both hurricanes Irma and Harvey, which hit within a two-week span.

While damage assessments continue in the Caribbean, the latest reports from the Organization of Eastern Caribbean States (OECS) and the Pan American Health Organization (PAHO) show varying amounts of damage across the island nations.

The greatest damage continues to be reported from Barbuda, where Irma rendered the hospital unusable and damaged 99 percent of buildings and 90 percent of the electricity infrastructure, OECS said Sept. 10. One person was killed and the island was completely evacuated to Antigua, OECS said, accounting for just over 1,400 persons. Officials estimate rebuilding costs of $200 million.

In Anguilla, one person was killed, 90 percent of the electrical infrastructure and 90 percent of government buildings were damaged, and seaports remain closed, OECS said. The majority of homes on the Turks and Caicos Islands were damaged, including 70 to 90 percent on South Caicos, 70 percent on Providenciales and half of those on Grand Turk Island, according to the OECS and PAHO.

Irma killed at least four people in the U.S. Virgin Islands, where damage is extreme but hard to access with transportation and communication channels hard hit. Food shortages there are severe, The New York Times reported Sept. 11.

Southern Baptist pastor Lennox Zamore of Ebenezer Baptist Church in St. Thomas, U.S. Virgin Islands, was working to contact other pastors when he texted an update to BP on Sept. 11. At that time, he reported damage to three churches, variously including internal damage and the loss of windows, a roof and doors. Damage was most severe in the community of St. John, Zamore said.