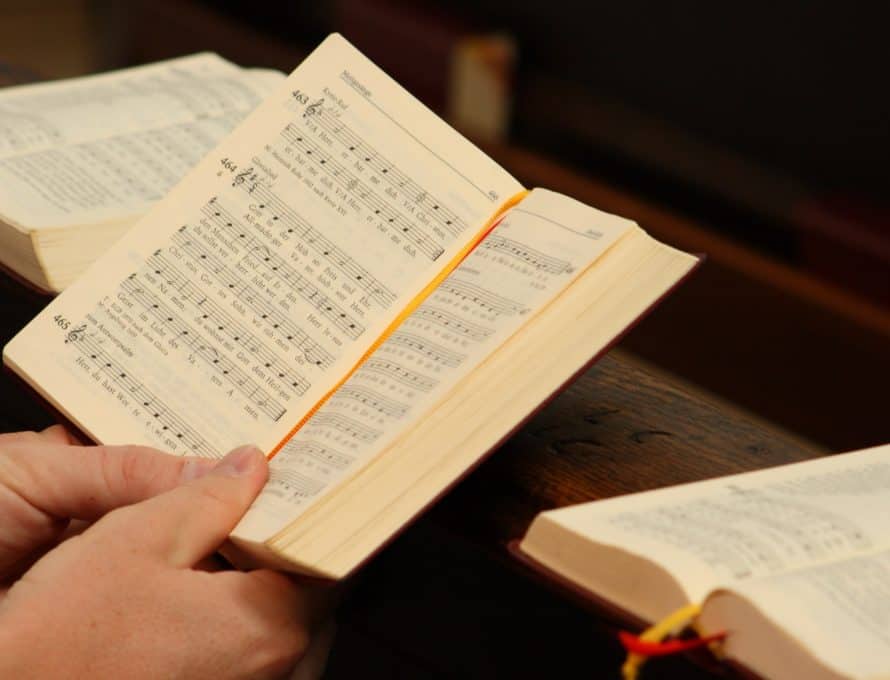 There has never been a stronger argument for the disuse of something in worship in a very long time as the hymnal in the 21st century church. We have projection, chord sheets, SongSelect™, ProPresenter™, and much, much more. Why even bother with a hymnal, especially a denominational hymnal?

The denominational hymnal began with Hymns Ancient and Modern back in 1861 in England from a board of Anglicans known as “The Proprietors.” It was presented as such to codify the doctrine and teaching of the church with their songs. The first Baptist Hymnal followed not long after in 1879 with the same idea. (Hymns Ancient and Modern’s most recent edition came out in 2013!) Proper doctrine in hymnal compilation has always been a driving force with any collection.

Quietly, silently, these books seem to be making a comeback. There are several new ones that came out just last year. Though they may not be filling pew-racks soon, they may have their places on the bookshelves of the thoughtful worship leader.

Mike Harland, who was editor-in-chief of the 2008 Baptist Hymnal from LifeWay, stated in an e-mail interview the importance of doctrine in selecting the hymns. Harland states, “The final step in the selection process was a review by our Theological Review Committee. If the song didn’t pass that test, it did not go into the hymnal.” When asked how he kept personal bias from entering the selection process, Harland responded, “We had layers of a selection committee that culminated with a final selection group. Everything was selected by consensus. I only had one vote.”

It is telling that in this interview that the editor-in-chief had “only one vote,” on a board of ninety-one theologians, musicians, and church leadership.

Fast-forward to today. With the ease of use, the opportunity to be current and spontaneous, and to borrow from any song one sees fit is a strong positive for the creative minister to not be burdened with the hymnal. However, the large pitfall is that there is no counsel on doctrine of the text, outside of the worship leader himself. Face it, whether virtual or real, every church has its own canon of song, its own hymnal. If unchecked, the simulated tome has only one editor, the worship leader.

At a time where the worship leader has a near infinite palette of music to choose from, it behooves him to ask: Why is this written? Who were the writers? What were the writer’s theological presuppositions? What does that say to the congregation? If the worship leader truly believes in the spiritual importance of what he does in the performance of his duties, he will give great care in this research using these four questions as a starting point for song selection, or use a collection, doctrinally vetted for his congregation… maybe like a hymnal.