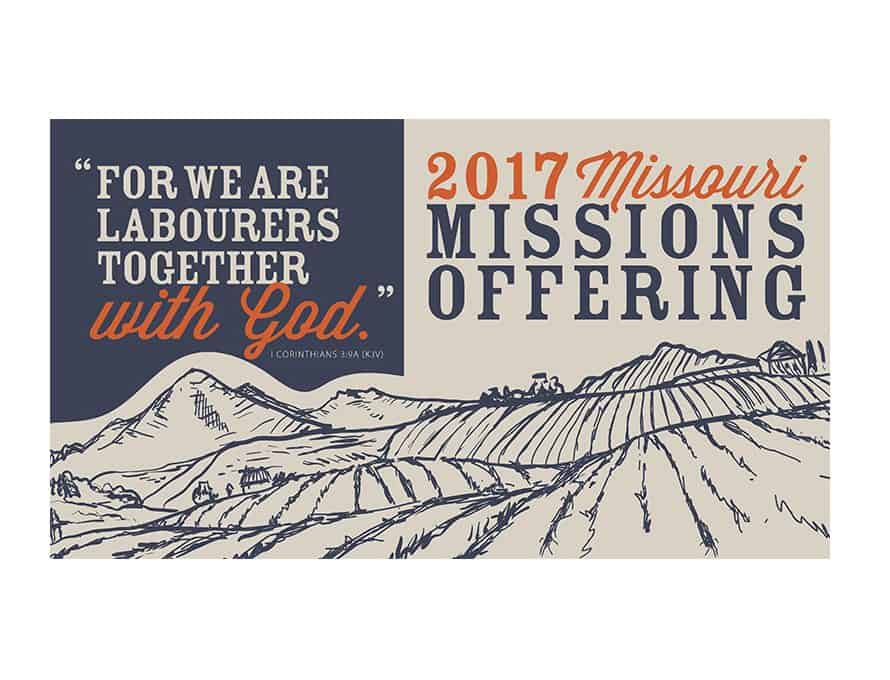 JEFFERSON CITY – The Rheubin L. South Missouri Missions Offering supports 18 ministries in Missouri. This year’s theme is taken from 1 Cor. 3:9a (KJV): “For we are labourers together with God.”

Following are two short stories of how the gifts of Missouri Baptists support missions projects throughout the Show Me State.

Next Step Requests – Chairs Give A Boost

At Anchor Church, a delivery of new chairs meant more than a comfortable seat during services. It was the “next step” for a church plant reaching out to the community of Sikeston.

In St. Joseph, the “next step” was lighting and video equipment to reach the next generation. In Knob Noster, it was equipment to set up a coffee area to minister to military families. In other communities, it’s Bibles or signs or rent for a facility – the sort of thing that would be routine for established congregations, but are big hurdles to church plants. As these new fellowships carry the gospel to unreached people, Next Step Requests provide a boost.

“We’re looking for anything that can catapult church planters to the next level,” said Rick Hedger, the Missouri Baptist Convention’s catalyst for multiplying churches.

“It’s something specific that God is leading them toward, but they may not have the resources to make it happen.”

Church plants usually pay for a portion of the project, and the Missouri Missions Offering makes up the difference so they can make a difference in their communities.

Abuse and years in foster care had taken their toll on young Nathan. “I had a lot of hate and anger in my heart,” he acknowledged. He was placed in residential care at the Missouri Baptist Children’s Home.

Nathan did his best to make his house parents miserable, but they responded with love and structure. One day, the house mother asked him to help cut jeans to make quilts, and in that time working together, he felt his heart transform.

“It was because of the house parents that I got my first real sense of what it is like to belong to a family and have an appreciation for God,” Nathan said. “The anger just disappeared.”

This is the work of the Missouri Baptist Children’s home and the fruit of the Missouri Mission Offering: to extend hope and restoration to children and families that desperately need Christ’s love.