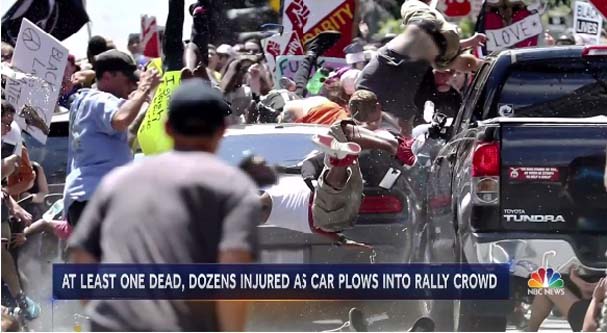 CHARLOTTESVILLE, Va. (BP) – As alternative-right white supremacists and others flooded Charlottesville, Va., to protest the removal of a Confederate statue, Southern Baptists were already actively promoting racial harmony in the small community where former mayor Alvin Edwards has pastored 36 years.

Edwards, pastor of Mount Zion First African Baptist Church and a member of the Baptist General Association of Virginia (BGAV), had already organized the multidenominational Charlottesville Clergy Collective to build unity among faith leaders in the city and Albermarle County region.

A day after the Aug. 12 protest that left three dead and 19 others injured, Mount Zion co-hosted a worship service with First Baptist Church in Charlottesville, attended by Va. Gov. Terry McAuliffe, other political leaders, clergy and lay members. First Baptist, at 632 W. Main St., was the first black congregation in the area to begin cooperating with the SBC, beginning in 1979.

McAuliffe addressed a multiethnic crowd during the Aug. 13 morning worship service and led those gathered in a moment of silence for those killed: 32-year-old counter-protestor Heather Heyer and two Virginia state troopers who died in the line of duty during the protest, their helicopter crashing during a video surveillance. Dead are 48-year-old Lt. H. Jay Cullen and 40-year-old Berke M.M. Bates.

“As tough as yesterday was, and it was, this is an opportunity for all of us to show the world who we are,” McAuliffe said during the service. “We did have white supremacists, neo-Nazis, come into our beautiful city, carry weapons – semi-automatic weapons – walking up and down our streets. They came here to hurt, no question about it…. I not only say go home, get out of the city of Charlottesville, get out of the state of Virginia, I would tell you to get out of the United States of America.”

“It’s not how long (you live), it’s what you do while you live,” Edwards said. “You need to learn from her … [to] make each day count, because she lived her life supporting and believing and having a value that enabled her to fight for justice and righteousness.”

Edwards urged the gathered mourners to behave differently than those whose protests over the removal of the statue erupted into deadly violence.

“Yes, haters were here, and yes, we don’t want them here,” he said, “but we need to take a higher road, and we need to let them know that the three lives that were lost this weekend will not be in vain.”

Edwards, who served as Charlottesville mayor from 1990-92, witnessed the weekend protest from his car as he was leaving the University of Virginia, where he had been scheduled to speak before the state of emergency was declared. Those protesting the removal of the statue carried a variety of weapons, Edwards told WUSA9-TV in an interview posted on YouTube Aug. 14.

“As I drove around down Water Street, I just saw the neo-Nazis and the white supremacists with their automatic weapons and their poles, and I saw that at the beginning,” Edwards said. “They didn’t come to have a peaceful demonstration. They came ready to fight and to provoke folks to fight.”

Among their weapons, Edwards said, were “cans filled with concrete, bottles filled with urine, they had pepper spray,” he said. “I wasn’t near them, I could just see them.”

A multiethnic crowd had filled First Baptist for a 6 a.m. community sunrise service on the day of the protest, with Harvard University philosopher Cornell West as the guest speaker. Afterward, West locked arms with faith leaders and worshipers marching toward Emancipation Park, where the statue of Confederate Gen. Robert E. Lee stands and is slated for removal. The group sang hymns and prayed.

While First Baptist is in the middle of a pastoral search, church office worker Betty Brooks today told BP about 100 or more attended both the Aug. 12 sunrise service and the Aug. 13 worship.

The protest ended in violence. A motorist police identified as James Alex Fields plowed through a crowd of counter-protesters opposing the white supremacists, killing Heyer and injuring 19 others – some critically – who marched against the white supremacist crowd. Fields, 20, was arrested and charged with second-degree murder.

Heyer, a native of Ruckerville, Va., had worked as a paralegal and a server at a café, according to news reports.

Services for the state law enforcement officers are upcoming.