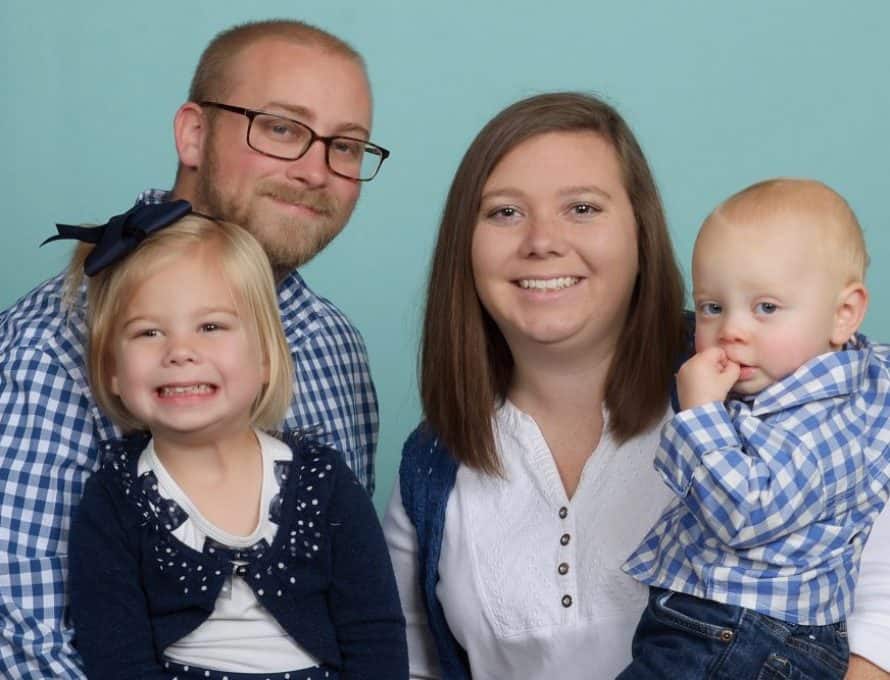 CUBA, N.M. (BP) – The multicultural mix of 750 people in the small, arid village of Cuba, N.M., is one of the qualities that drew Stephen Reynolds to pastor First Baptist Church there.

The village off busy U.S. 550 draws the Navajo and Jicarilla Apache Native Americans and others from 30 square miles of high desert lands.

“The minority culture is white,” Reynolds told Baptist Press. “There’s Hispanic from Spanish [descent] and Navajo culture.” The native Mississippian and his wife Laura are rearing their two young children, 4-year-old Ruth and 1-year-old Elijah, in the community.

With not much immediate population from which to draw, Reynolds concentrates on discipleship in the congregation of 65 as well as evangelism in ministry. “Cuba Baptist Church” is the congregation’s common moniker.

“We’ve seen some numerical growth,” Reynolds told Baptist Press. “I’ve baptized seven or eight in the last two years, but I also see my job as not just evangelistic but [leading people to be] spiritually growing” as he preaches through books of the Bible in teaching God’s Word.

His calling to the area after graduating in 2014 from Golden Gate Baptist Theological Seminary (now Gateway Seminary) pleased his “missionary heart,” Reynolds said, and encouraged him that the community needed the Gospel.

The church started a children’s ministry this summer with the assistance of four summer missionaries. It involves about 15 youngsters regularly and drew 55 to Vacation Bible School. Wednesday nights are reserved for youth ministries, drawing about 20.

Also a priority for Reynolds is the 10 percent of undesignated offerings the church allocates to missions through the Cooperative Program, which he hopes to lead the church to increase by a half-percent each year.

For three minutes each Sunday morning, Reynolds highlights one way God uses the CP. He tells the congregation they supported him before they even knew him, since their CP gifts support the six Southern Baptist seminaries. The CP helped Cuba Baptist Church launch in 1947 as a part of the Central Baptist Association which extends to Albuquerque, 60 miles southwest.

Cuba Baptist Church is known and respected in the community, Reynolds said.

“I want to see our church love on our community more and more. Cuba is a very needy area,” he said. “There’s unemployment, alcoholism and other hardships here. Our desire is to see the hope of Jesus Christ shared in the midst of such hardship.”

The church’s women’s ministry, in addition to a once-a-month Bible study, is involved with several mission projects. The women visit a local nursing home multiple times a year, feed local children through a school food box program and reach internationally by collecting beans and rice for a project in Mexico each summer.

The men serve the community by maintaining the town cemetery. They installed a new roof on the church building in 2016 and poured a new sidewalk and basketball court this summer.

Cuba Baptist Church is praying over its first steps toward planting a church.