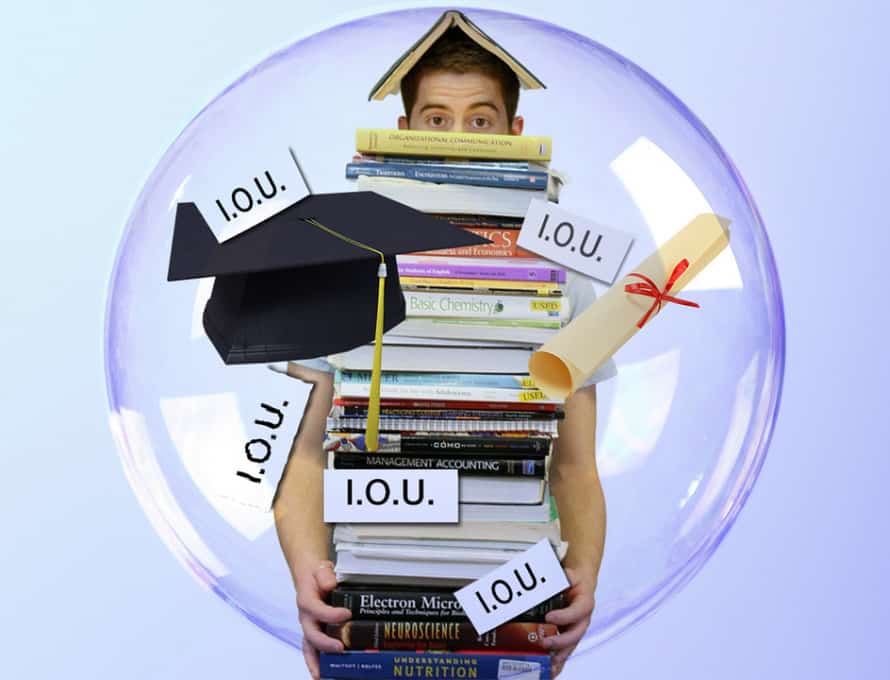 WASHINGTON (WNS) – Amid all the other drama in Washington, one major higher education crisis isn’t getting enough attention: the student loan bubble.

Analyst Daniel Pianko believes the United States is on the cusp of the largest subprime lending bubble since the mortgage boom that sparked the Great Recession. And taxpayers have no idea how much they’ll likely have to pay to extricate millions of borrowers from financial catastrophe.

Since 2010, when it took over the student loan program, the federal government has issued nearly $1 trillion to cover college costs. About 35 percent of borrowers are considered subprime, or at high risk of default. Pianko notes 7 million Americans have already defaulted on their loans and another 20 million are likely to follow suit.

On top of the likely defaults, the government is giving too many borrowers the chance to repay only a portion of their debt, leaving taxpayers to write off the rest.

Earlier this month, the Congressional Budget Office (CBO) released a new estimate for how much the generous Public Service Loan Forgiveness program will cost over the next 10 years: $24 billion. That’s double what the CBO estimated two years ago, and Jason Delisle of the American Enterprise Institute predicts the cost estimates will continue to rise.

Delisle calls the program a “ticking time bomb for taxpayers,” but reforming the higher education finance system doesn’t seem to be high on the Trump administration’s priority list.

The CBO’s report comes about six months after the Government Accountability Office (GAO) issued a report blasting the Department of Education for grossly underestimating the loan forgiveness program’s likely cost. In December, the GAO estimated the government would forgive (read, taxpayers will be asked to cover) about $108 billion in student loans under the terms of the program.

Critics say the program is too generous and unfairly benefits students who take out loans for graduate degrees. Under the program, a student who gets a job making $40,000 per year would repay the same amount, whether she has $50,000 in debt or $100,000.

“Let that sink in for a moment,” Delisle wrote in a recent opinion piece for Politico. “Payments are the same if the student borrows $50,000 or $100,000. Taxpayers foot the bill for the difference.”

Delisle contends lawmakers had no idea how popular the program would be when they expanded it to cover about 25 percent of the U.S. workforce. But the word’s out now: The Education Department estimates about 60,000 new borrowers enroll every quarter.