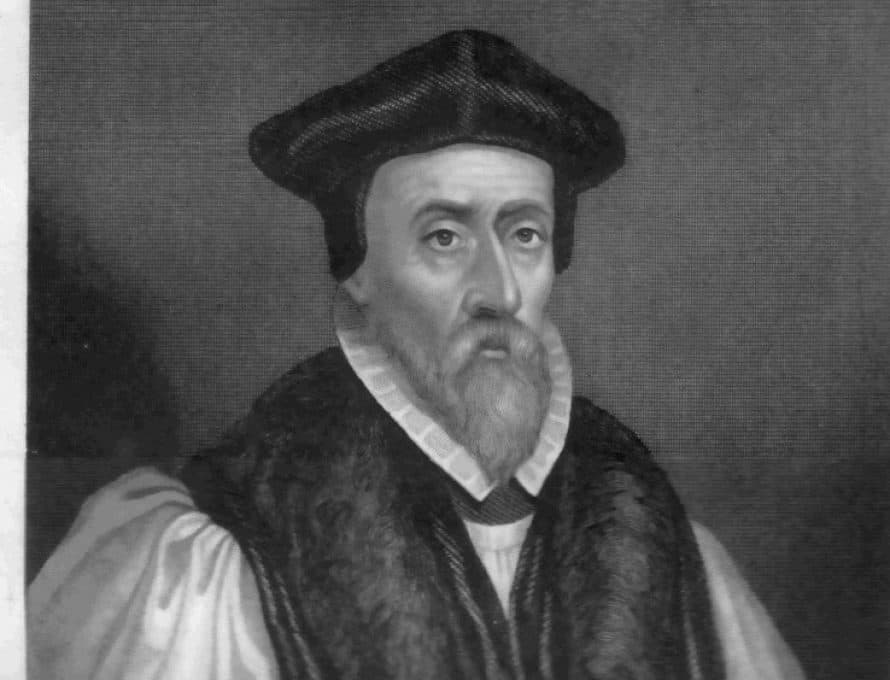 When King Henry VIII’s Catholic daughter, Mary Tudor, claimed the throne of England in 1553, the English Reformer John Hooper backed her claim as legitimate. Since Hooper was a staunchly Protestant bishop, his support of the new Catholic queen may come as a surprise. What comes as less of a surprise is his opposition to other leading Protestants in England, who aimed to prevent Mary from taking up the throne of England. This wasn’t the first time that he bucked the views of his ecclesiastical superiors.

Earlier, during the reign of the Protestant King Edward VI, Hooper stood against Archbishop Thomas Cranmer and other clergymen by refusing to wear a liturgical garment called a surplice during worship services. To modern-day readers, the dispute may seem trivial—a mere matter of clothes. But at the heart of this debate lay a fundamental question about the extent and nature of the Reformation in England.

Hooper’s debate with his fellow Protestant clergymen pointed out two different views about the authority of Scripture as it relates to the church: On the one hand, Hooper’s opponents in this debate insisted that any practice not prohibited by Scripture can be enforced for the sake of good order and unity within the church. In other words, unless the Bible says something is off-limits, it is generally permissible. The Bible doesn’t prohibit clergymen from wearing special vestments during worship; therefore, the church can require them to do so. More recently, this first view has been labelled the “normative principle.”

But, on the contrary, Hooper insisted that the church should practice only what the Bible explicitly commands. Of course, he believed that anything the Bible prohibits is sinful. But he also said that the church can’t enforce a practice unless it is a biblical mandate. Therefore, the church can’t force him to wear the surplice during worship. This second view has been dubbed the “regulative principle.”

After facing a short time in prison for his views, Hooper submitted to the church—perhaps concluding that “vestments were not worth dying for” (Carl Trueman, Luther’s Legacy, 27). Yet only a few years later, during the reign of Queen Mary I, he was burned at the stake for his beliefs, alongside some of the fellow Protestants he had previously opposed. Nevertheless, the questions their debate had raised about the Bible’s authority and the extent of the Reformation foreshadowed religious tensions of the next reign.

When Queen Mary died childless in 1558, she was succeeded by her half-sister, the daughter of Anne Boleyn and Henry VIII—namely, Queen Elizabeth I. Soon after coming to power, the new queen restored a Protestant settlement in England. Parliament declared that she was the “Supreme Governor” of the church in England and that the church’s worship would be based on Thomas Cranmer’s 1552 Book of Common Prayer, though with a few significant changes: For example, one revision made the prayer book more ambiguous, allowing it to support different views on the Lord’s Supper.

As has often been noted by historians, Elizabeth cared little about opening “windows into men’s souls.” She didn’t pry into people’s personal beliefs, but she did demand outward conformity and unity in public worship.

But some Protestants, having spent the previous reign in exile among “Calvinists” in Geneva and other European cities, returned to England fully convinced of the same “regulative principle” that Hooper had defended. Others, having remained in England during the previous reign, slowly realized that—despite persecution—the church could exist without the monarch’s permission. And many of them believed Elizabeth’s religious settlement fell short of endorsing the biblical model of the church.

These “Puritans”—a name given to this diverse group by their opponents—called for greater biblical purity and reform in the church. Some of them, in fact, absolutely refused to settle for Elizabeth’s religious settlement. Instead, they separated from the national church; hence, they’ve been dubbed “separatists.” As the separatist Robert Browne wrote, they demanded a “reformation without tarrying for any.”

As the following chapters will show, these Puritan and separatist strains in English Protestantism would have a deep impact on English-speaking Christianity for centuries.