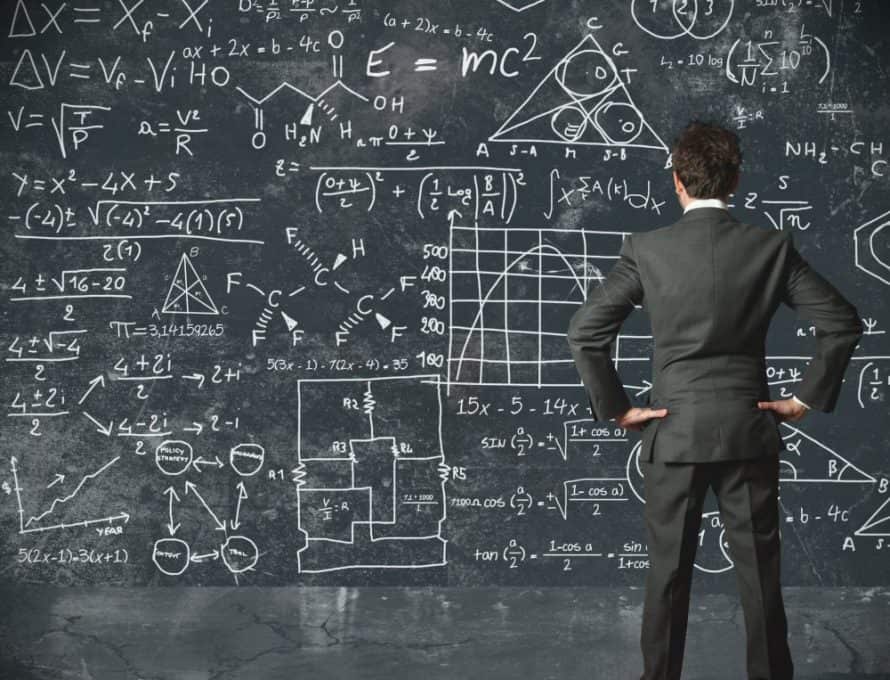 When I was in junior high, anytime I felt like I needed a good cry, I’d just ask my dad to help me with my math.

I’d like to say something about the “sums of the fathers” right here, but any way you pun it, it was actually all me. Even in high school, I remember going up to my algebra teacher’s desk saying, “Mr. Showalter, I’m stuck on number 5.” At which point he would do the problem for me with a smile. Mind you, I was also stuck on numbers one through four, but I didn’t want to overwhelm the man.

From early on, I understood that there was a reason they were called math problems. The stages of grief over math ineptitude went something like this: 1) Denial. 2) Trying to bargain—but let’s face it, bargaining can require math, so… 4) Realizing there was probably a missing step. What number are we on again? and 7) I really want a sandwich.

There was always something I would rather do than math problems. And those somethings were big-time distractions. I wish I’d thought to call them “weapons of math disruption” but I was probably too distracted. Sometimes I had a choice between picking up that math book and finding myself stuck on number 5, or instead…sandwich.

Ever feel a little stuck? Sometimes it’s about studying a problem long enough to decipher what to do next. It seems like it’s even more often that we’re stuck because we know what we’re supposed to do next, but we’ve lost count and let someone or something whisk away our attention and energies. Stuck.

God’s chosen people have a recorded history of more than a few instances of that “stuck-ness.” Many of their rock-and-a-hard-place kinds of experiences were a result of not being obedient to what the Lord had commanded them to do. One little distraction, then one little compromise that turned into another, that turned into another, and—well, you get the math. One compromise after another turns into…stuck.

Compromise is trading God’s will for us for something that our flesh wants instead. Our sin nature often loves to adjust the equation, trying to force God’s plan to fit our own selfish desires. Talk about not adding up. It’s just plain sin.

Our call is to obey Him. When we choose to follow distractions of compromise, we’re denying His grace. Paul said, “For the grace of God has appeared with salvation for all people, instructing us to deny godlessness and worldly lusts and to live in a sensible, righteous, and godly way in the present age, while we wait for the blessed hope and appearing of the glory of our great God and Savior, Jesus Christ. He gave Himself for us to redeem us from all lawlessness and to cleanse for Himself a people for His own possession, eager to do good works” (Titus 2:11-14).

Training in refusing to compromise is an integral part of living well, even though “integral” sounds a little “math-ey.”

Maybe this is all a good reminder that the infinite God who created numbers and who fits them together in all kinds of creative ways uses math to show us Himself. Even me.

And I can honestly say that I use math all the time as a writer. For material.