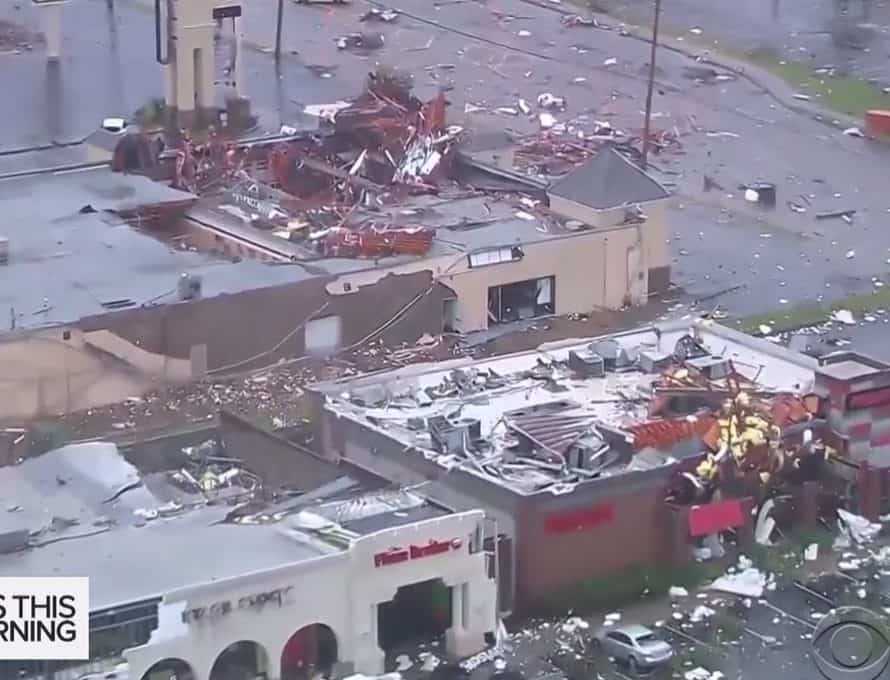 “There’s a large tree, a very extremely large tree down in their back yard, and she just said, ‘We cannot afford to have the tree removed, and we’re not able to do it ourselves,’” Porter, Oklahoma Baptist Disaster Relief state director, told Baptist Press. “But a large tree … can cost anywhere from $1,500 to $4,000 to be removed by a tree service.”

The Jenks church member is among several area residents benefitting from Southern Baptist disaster relief efforts after the storm.

Three chainsaw teams of eight people each were mobilized as early as 11 a.m. Sunday after the tornadoes touched down around 1 a.m. in and around Tulsa, Porter said. Eight Southern Baptist DR assessors joined the chainsaw teams to survey damage Aug. 7 and interview affected residents.

No one died in the storms, but the tornadoes injured 30 people, destroyed and damaged businesses and homes, unearthed trees and destroyed electrical lines. About 1,500 were without electricity at the height of the power outages, and a few hundred remained without power, Aug. 7.