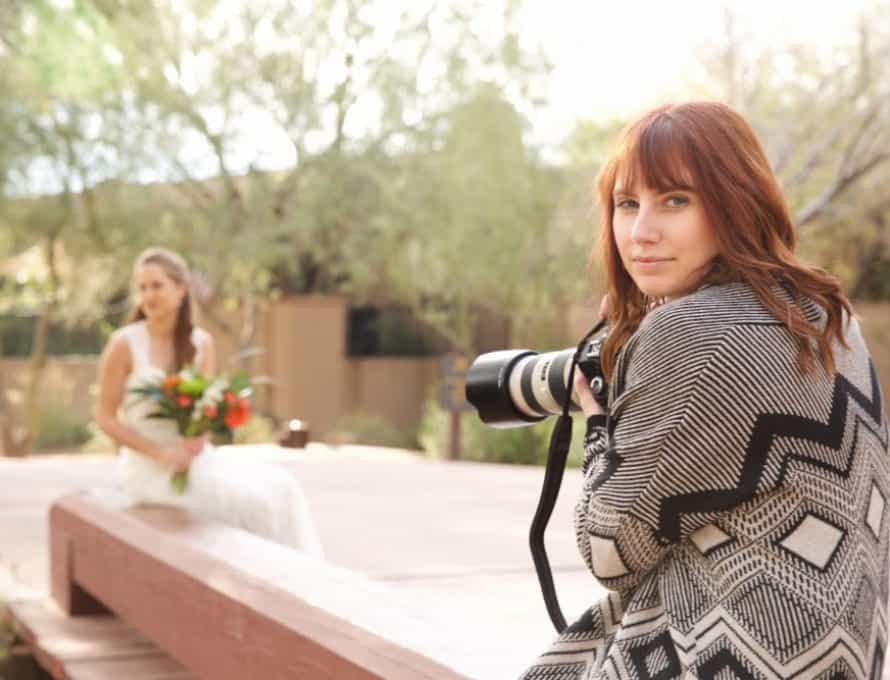 MADISON, Wisc. – Self-employed photographer Amy Lawson, an evangelical Christian in Madison, Wisc., can refuse jobs that violate her religious beliefs, a court and government officials have agreed. City and state public accommodation laws don’t apply to her because she operates without a storefront, the officials said. BP Photo

MADISON, Wisc. (BP) – A self-employed evangelical Christian photographer can reject job requests based on her religious beliefs against same-sex marriage, a Wisconsin county court and government officials have agreed.

Self-employed photographer Amy Lawson, an evangelical Christian in Madison, Wisc., can refuse jobs that violate her religious beliefs, a court and government officials have agreed. City and state public accommodation laws don’t apply to her because she operates without a storefront, the officials said.

Judge Richard Niess of the Dane County Circuit Court agreed Monday (Aug. 1) to sign an order within coming weeks signifying that city and state public accommodation laws do not apply to photographer and blogger Amy Lynn Lawson, the sole owner of Amy Lynn Photography Studio in Madison, the Wisconsin State Journal reported. Lawson works on commission and does not have a physical storefront.

The ruling has no bearing on similar religious liberty cases of two other business owners represented by Lawson’s attorneys, Alliance Defending Freedom (ADF), as those businesses are based outside Wisconsin.

Lawson filed suit against the City of Madison and the Wisconsin Department of Workforce Development in March after a customer complained about a statement on Lawson’s website refusing to photograph same-sex weddings, according to ADF. Such ceremonies counter Lawson’s religious belief that marriage is between one man and one woman, Lawson said on her website. Photographing them, she noted, would infringe upon her right to control her individual artistic expression.

While Lawson was never sued nor charged with a crime, she feared the ramifications of the city and state laws, dropped the statement from her website and began refusing all wedding photography requests, ADF said in a description of the case on its website.

The case has “huge implications for everyone within Wisconsin,” ADF Senior Counsel Jonathan Scruggs said after the Aug. 1 hearing.

“It means that government officials must allow creative professionals without storefronts anywhere in the city and state the freedom to make their own decisions about which ideas they will use their artistic expression to promote,” Scruggs said in a press release. “The court found — and the city and state have now agreed — that such professionals cannot be punished under public accommodation laws for exercising their artistic freedom because those laws simply don’t apply to them.”

The case is still listed as open on the Dane County Circuit Court website, and will not be officially closed until Niess signs an order that city and state attorneys are currently drafting to specify that Lawson is exempt from the statutes.