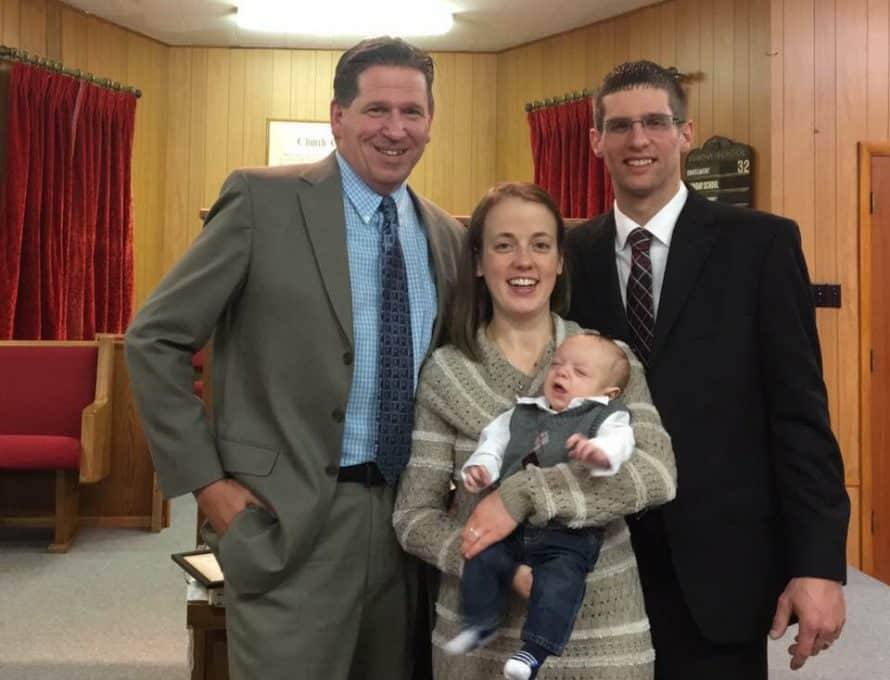 LEBANON – A church that three years ago was minutes away from closing its doors is now experiencing revitalization. In the fall of 2014, Competition Baptist Church, a rural church located about 20 miles southeast of Lebanon, had dwindled to six congregants who didn’t see a way forward. Yet God used timely wisdom and a willing young pastor to bring new life to the 120-year-old church.

Steven Strauch, DOM for the Laclede Baptist Association, described the church’s dilemma. After the previous pastor resigned, the church’s six faithful members asked Strauch to moderate a business meeting where they planned on voting to close the church. Before calling the meeting to order, Strauch asked the church if they would be willing to postpone the decision to close. The congregation, few in number and meeting in a building that was in serious disrepair, decided to step out in faith and listen to Strauch’s advice.  Strauch filled the pulpit, but the church did not believe they would be able to find a pastor.

“No one is going to want us,” Strauch recalled was the attitude of the church.

With the church hanging on, Strauch began to think of possible candidates who would be willing to invest in the struggling congregation. The man who came to mind was James Beall, a then 24-year old who was recently married and worked full-time at the Tracker boat plant in Lebanon. Beall did not have any formal ministry experience or education, but he felt the call of God to minister, and he was willing to serve.

Strauch approached the church and asked if they would be willing to let Beall fill the pulpit. The church agreed and called Beall to come preach.

“They called and asked me if I would be willing to fill in for a couple of weeks,” Beall said. “As soon as I walked through the door, I felt like God was telling my heart, ‘This is where you need to be.’”

Two weeks of preaching quickly turned into two months. While Beall and his wife were away on vacation for their first anniversary, the church asked Strauch to moderate another business meeting. Instead of voting to close the doors, they voted to call Beall as pastor.

Beall and his wife Tiffany were walking on the beach when they received the news.

“The vote was unanimous,” Strauch informed Beall over the phone. “6 yes votes.”

Beall accepted the call and began the work of shepherding his flock. With Strauch serving as a mentor, Beall has done the simple work of loving the people, being present in the community, and trusting the Lord to give the increase. Strauch described Beall’s efforts as reflecting basic New Testament principles of ministry.

“James shows consistent, loving pastoral care and preaches the Word. He doesn’t have any formal training, but he has a genuine heart. He treats 20 like 200,” Strauch said.

During Beall’s tenure, Competition Baptist Church has grown from a faithful remnant of 6 to a flourishing body of 30, including a growing group of young children and families. On Sunday, July 30th, Beall baptized six new believers into the congregation.

Beall, now a 26-year-old father who continues to work full-time, noted that growth has not come without lessons to learn and obstacles to overcome.

“There are challenges I have not yet begun to master. There have been discouraging times. Right after my son was born, I was praying to God to show me what he wanted me to do,” he said.

“Keep on keeping on; that was the answer.”

Beall noted, “I don’t know what God has in store for Competition Baptist Church, but I’ll keep on keeping on. The Gospel is simple. Salvation is simple. There are complexities in the Gospel, but the means is simple for anyone to accept it.”

Through all of it, Beall is quick to point the spotlight away from himself and onto the Lord.

“If there’s one thing I want people to know about Competition Baptist Church, it’s this: to God be the glory.”