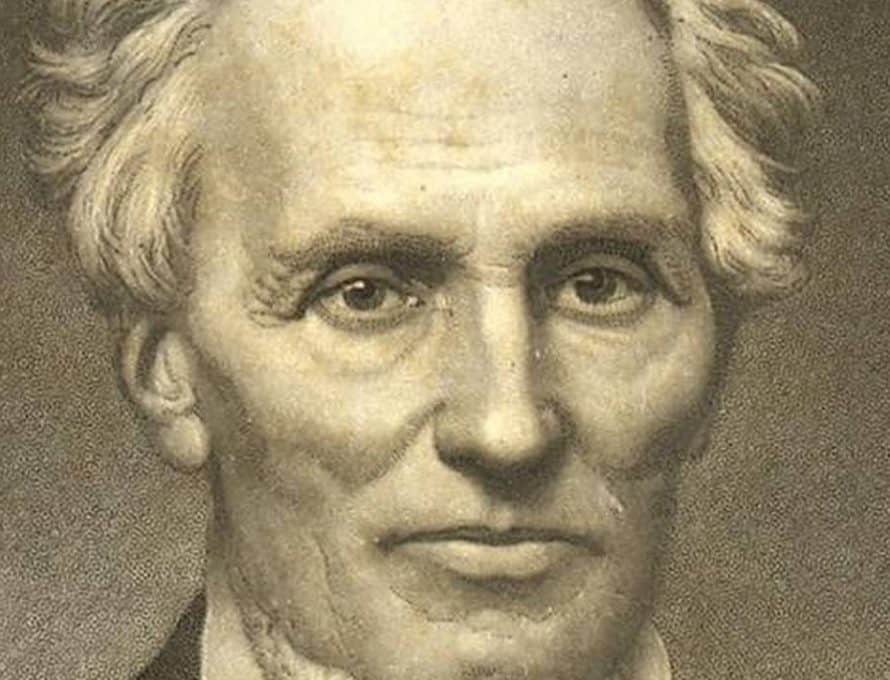 JEFFERSON CITY – John Mason Peck (shown here) was appointed by the Triennial Covnention of Baptists as one of the first Baptist missionaries to Missouri Territory in 1817, alongside James E. Welch.

EDITOR’S NOTE: This is the first of several articles commemorating the Baptist history in Missouri, written by members of the Missouri Baptist Convention’s Historical Commission.

JEFFERSON CITY – Upon the purchase in 1803 by the United States, the Louisiana Territory (Missouri) was open to religious and educational freedom. A few Baptist churches were established in southeast Missouri after 1803, there was no organized Baptist missionary effort until 1817.

In July 1817, Peck, his wife Sally and family left Litchfield, Connecticut, and Welch and his bride Sarah left Burlington, New Jersey, for St. Louis. Travel was difficult due to severe rain, primitive roads, mud, and unbridged streams. Welch, his wife, and the brother-in-law of Peck, arrived in St. Louis on November 21st. Peck and family arrived in St. Louis on December 1st. Peck wrote in his journal “We are now properly on missionary ground, which from its location and destitute state must surely be our field.”

They found only seven Baptists living in St. Louis. In February 1818, they rented space for worship and in June 1818 they started construction of a church and school building. Part of the ministry was directed toward African-American slaves and free men. One of the first converts was John Berry Meachum (1789-1854), a former slave who bought freedom for himself and his family.

Peck and Welch traveled eastern Missouri establishing Baptist churches along the way. They established “Female Mite Societies” to support missionary work, which became the most active organization in many churches. In 1819 Peck moved to St. Charles and worked with Rev. James Craig (1785-1847) to establish a school of higher learning.

In 1820 the Triennial Convention suspended its missionary effort in Missouri. Peck continued his work in Missouri until 1821 when he moved to Rock Spring, Illinois. He continued to preach and assist churches in Missouri and Illinois. He became heavily involved in Baptist work in Illinois. He served two terms in the Illinois State Legislature and was a vocal opponent of slavery. At Rock Spring in 1827 Peck under the appointment of the Massachusetts Baptist Missionary Society established a seminary for general and theological education. He became Secretary of the American Baptist Publication Society and wrote many books. He was involved in creating the American Baptist Historical Society. Peck died in 1858 at age 68.

In 1820 Welch went to Burlington, New Jersey. In 1826 he returned to Missouri and purchased a farm in Warren County. He spent two years preaching and improving his farm, but returned to the east. For twenty years he served with the American Sunday School Union as Sunday School Missionary and Financial Agent. In 1848 he returned to his farm in Missouri, organized and served as pastor of Union Church. In 1851 he was elected Moderator of the Ministers’ and Deacons’ Conference of Missouri. Upon the organization of Bear Creek Association he was chosen Moderator and served for ten years. In 1864 his wife Sarah passed away. In 1865 he married Mrs. Mary H. Gardner. She died in 1875. Welch died in 1876 at age 87.

It is evident that God had selected Peck and Welch for Missouri. The efforts of Peck and Welch laid the foundation of the Baptist faith in Missouri, which we continue to build on today.