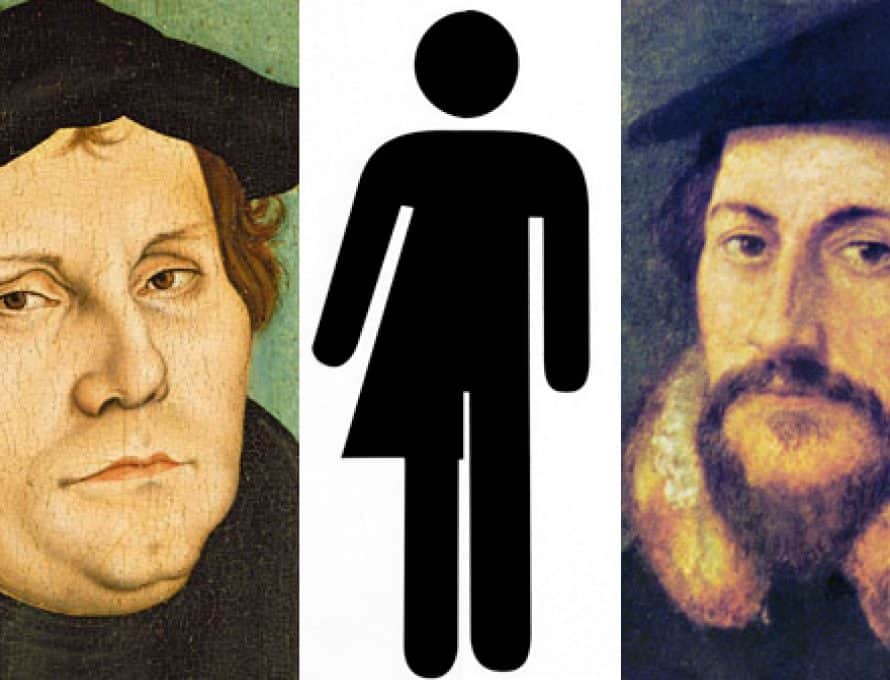 NASHVILLE (BP) – Amid contemporary discussion of transgenderism, the 500th anniversary of the Protestant Reformation has helped resurface historic wisdom on gender and sexuality.

While predating by centuries the modern phenomenon of transgenderism, Martin Luther and John Calvin were among Reformers to denounce those who attempted to blur the distinction between men and women – an error dating back to the ancient world.

Union University ethicist C. Ben Mitchell told Baptist Press Luther’s 1522 sermon “The Estate of Marriage” “reads like it could have been preached last Sunday. Would that it was!”

Some aspects of Luther’s sermon likely would not be embraced by 21st-century believers – like his view government should execute adulterers and his counsel that women should be married at age 15-18 and men by 20. Still, many of his foundational principles were timeless.

“Although it might be considered anachronistic to apply Luther’s 16th-century sermon to today’s discussions of transgenderism, the implications are straightforward and clear,” Mitchell, Graves Professor of Moral Philosophy at Union, said in written comments. “Luther believed that homosexuality was a perversion of the Creator’s purpose for his embodied human creatures. This would apply no less to transgenderism than to homosexuality.”

Based on Genesis 1:27, Luther argued gender was binary and a gift from God.

“From this passage we may be assured that God divided mankind into two classes, namely male and female, or a he and a she,” Luther said. “This was so pleasing to Him that He Himself called it a good creation.

“Therefore, each one of us must have the kind of body God has created for us. I cannot make myself a woman, nor can you make yourself a man; we do not have that power. But we are exactly as He created us…. Moreover, He wills to have His excellent handiwork honored as His divine creation, and not despised,” Luther said.

Like gender, sexual relations between a husband and wife are “a divine ordinance which it is not our prerogative to hinder or ignore,” Luther said.

Luther acknowledged some people are physically unable to have children and that some are called by God to singleness and accompanying celibacy, but he claimed the inclination toward marriage between one man and one woman “is a matter of nature and not of choice.”

Calvin, in a sermon on 1 Timothy 2:9-11, lamented those who “turn[ed] the order of nature upside down” by downplaying the distinction between men and women.

“Women are nowadays more out of order than ever they were,” Calvin said. “Especially if a person goes to these great courts hardly shall he be able to find any difference between men and women. Indeed men for their part do also abuse themselves in this behalf. For they clothe themselves in women’s apparel and women in men’s, so that there is a horrible confusion among them, as if the world had conspired to turn the order of nature upside down.”

That’s why Calvin and Luther both encouraged believers to use their bodies according to God’s design and to trust that doing so pleased the Lord.

Calvin had little patience with “fine dames who want to be exempt from” motherhood for selfish reasons but commended “faithful women who do their duty when they are mothers, knowing what God has made them subject to, and take it patiently.”

Luther told mothers that nursing children, rocking them, bathing them and following a husband’s leadership “are truly golden and noble works.” To women facing childbirth, he counseled, “Remember that you are a woman, and that this work of God in you is pleasing to Him.”

Luther also commended fathers who live out their God-ordained gender roles by providing for their families and helping to care for the children. Such fathers should pray, said Luther, “O God, because I am certain that Thou has created me as a man and hast from my body begotten this child, I know for a certainty that [the work of being a husband and father] meets with Thy perfect pleasure.”

Mitchell noted that “Luther’s vivid and earthy theology of the body is truly remarkable.”