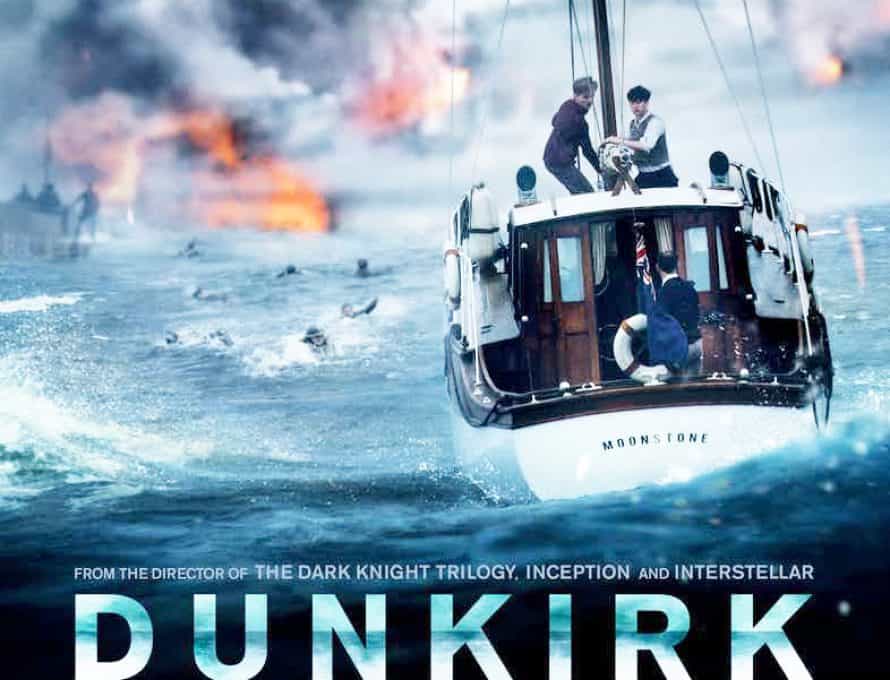 JEFFERSON CITY – Who knew the story of a colossal military failure could turn into such an inspiration? And yet that is what you get with the wonderfully tense movie directed by Christopher Nolan, “Dunkirk.”

It’s a very straightforward – and true – story. In the opening days of World War II (and long before the U.S. entered the fray), more than 400,000 British soldiers were trapped at Dunkirk, a small city on the French side of the English Channel. Though only 35 miles of water separated them from home, they were surrounded on three sides by the advancing Germans, and the Luftwaffe ruled the skies. Fearing an eventual Nazi invasion of the British Isles, the military leaders refused to risk the Royal Navy and Royal Air Force to help the men get home. It was a brutal choice, but such choices are made in war. Still, the men stood there, in rank and file, waiting silently and patiently. What few naval ships arrived were sunk nearly as soon as they were loaded. Yet, the men stood and waited for their chance to return home.

Though destroyers and battleships would be needed later for last-ditch defense of the homeland, there was another option, but it was a long shot: Activate “the little ships.” Thousands of English fishing boats and pleasure cruisers were commandeered by the British Navy and sent bobbing across the Channel. Since they were smaller, they were able to land very near the beaches instead of clogging up the piers and causeways of Dunkirk. They loaded up with as many men as their tiny boats would hold, then shoved off for the return trip to the white cliffs of Dover, all the while dodging U-boats and dive bombers. A dozen men at a time, the “little ships”ferried more than 300,000 of the men off the beaches of Dunkirk.

Douglas Bader, an RAF ace, who overflew the evacuation, wrote at the time, “One felt one could walk across without getting one’s feet wet, or that’s what it looked like from the air. There were naval escort vessels, sailing dinghies, rowing boats, paddle-steamers, indeed every floating device known in this country. They were all taking British soldiers from Dunkirk back home.”

It’s a breathtaking and powerful story, one that is only enhanced by Nolan’s long takes, stark soundtrack, and extremely minimal dialog. There is no “star” of the movie, and I can’t recall a single character’s name. This is a bigger story than just one person. Though I do recall one instance of profanity, this is an extremely clean movie by any standard. Though men die, there is zero blood or gore.

I wish I had been able to see it in IMAX in 70mm, and if you have the option, you should pay the extra to see it in that format.

There is zero doubt in my mind that God’s miraculous hand was at work during the Battle of Dunkirk. In the opening title of the movie, we’re told the soldiers were waiting, hoping for a miracle. Some may say they were simply lucky to survive or were the beneficiaries of a bold, if risky, military strategy. In my book, their rescue from the beaches was a direct answer to prayer.

Just days prior to the evacuation of Dunkirk, England’s King George VI begged his nation to a day of fasting and prayer. Search YouTube for “King George VI – Empire Day Address – 24 May 1940” to hear it from his own lips. (For more on King George and his war-time speeches, I cannot recommend the 2010 movie, “The King’s Speech,” to you highly enough.)

“At this fateful hour we turn, as our fathers before us have turned in times of trial, to God Most High. Here in the old country, I have asked that Sunday next be observed as a day of national prayer. Let us with one heart and one soul, humbly but confidently commit our cause to God.”

While you’re on YouTube, search for “National Day Of Prayer (1940)” to see Britain’s response to the King’s plea. It’s difficult for me to arrive at any conclusion other than God answered the King’s prayers, as well as the nation’s.

First, the sheer audacity of the “little ships” strategy would not have worked if the notoriously choppy and turbulent English Channel had not been calm and easy sailing. Further, fog blanketed most of the Channel, providing cover from the German dive bombers and fighters. Third, a nasty storm blew off the Channel and into German-occupied area, grounding much of their air force. Finally, as one officer notes in the movie, “the tanks have stopped.” For reasons military historians are still debating, Hitler deliberately ordered his army to stop, thus inadvertantly giving the British a week to evacuate.

Regardless of his reasoning, the Miracle of Dunkirk remains just that to me: a miracle!