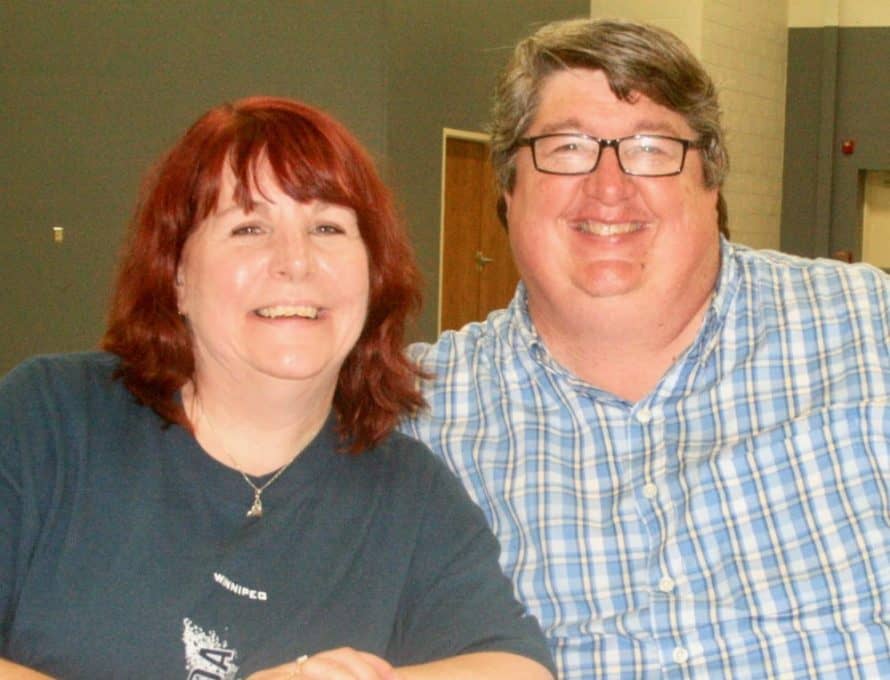 BRANSON – Bonnie and Mark Carter of Moberly have served as caretakers of the children and youth for several MB125 conferences, allowing the parents to attend sessions while the children participate in activities. To watch a video about their story, visit MoBaptist.org/pastoral-ministry/mb125-videos. Pathway photo by Dan Steinbeck

BRANSON – Bonnie and Mark Carter of Moberly, have ministered to youth most of their 30 years of marriage. That includes the annual MB125 conference.

Their work continues despite losing two special youth in a Feb. 21, 2008 car accident – their teenage daughters Kayla and Alicia.

Understandably, that accident rocked them. When called about that accident, Mark went to the scene, expecting a fender-bender. Instead, the girls’ car hit black ice and overturned. One daughter died at the scene, the other shortly afterwards at a hospital.

“I wasn’t sure I would be able to continue in the ministry anymore,” Mark admitted. He had ended a staff position at FBC Paris two months earlier and was between jobs.

Despite the heart wrenching circumstances, Bonnie began immediately ministering to the daughters’ friends, helping them through their grief too, at times pulling from her place at the visitation line to console the other youth.

In a video shared at MB125, the Carters told of their daughters previously shed tears for their lost friends – some of whom were at the visitation, whom the Carters consoled and reminded to turn to Christ, as the life span is unknown.

In August of 2008, the Carters went to Carpenter Street Baptist in Moberly, and in March of 2017 became the DOM of the Crossroads Baptist Association.

“I still wasn’t confident doing ministry, but I felt it was what God was leading me to do,” Mark said.

“For me, it was the love our girls had for others. God did not stop calling. He wanted to continue the legacy of the girls’ love for Christ. God has a plan for the youth now, not just for the future.”

In 2010, the Carters brought a youth team to help care for children at the first MB125, an MBC conference for small churches. The childcare allowed the pastors and wives attending to not have to worry about their children during sessions. Since 2015, the Carters have overseen the care of MB125 youth as well.

For MB125 2017, the Carters, and the 16-member team of high school and college mission students entertained 10 youth, 19 children and 21 preschool children of participants. One youth is their biological son Jeremy, 15. The others the Carters call “their adopted kids.” The college mission team works for 10 weeks doing VBS and mission projects.

“This (MB125) is a mission trip. We couldn’t do it without our team,” Bonnie said, adding they bring all the needed supplies.

“It’s a joy and privilege to serve pastors and their families. Being in the ministry, we know how hard it is do the work. We understand the dynamics. Their kids face things other kids do not,” Bonnie said.

“I believe MB125 is one of the best things the MBC does. They have a heart for reaching normal sized churches and families,” Mark said.