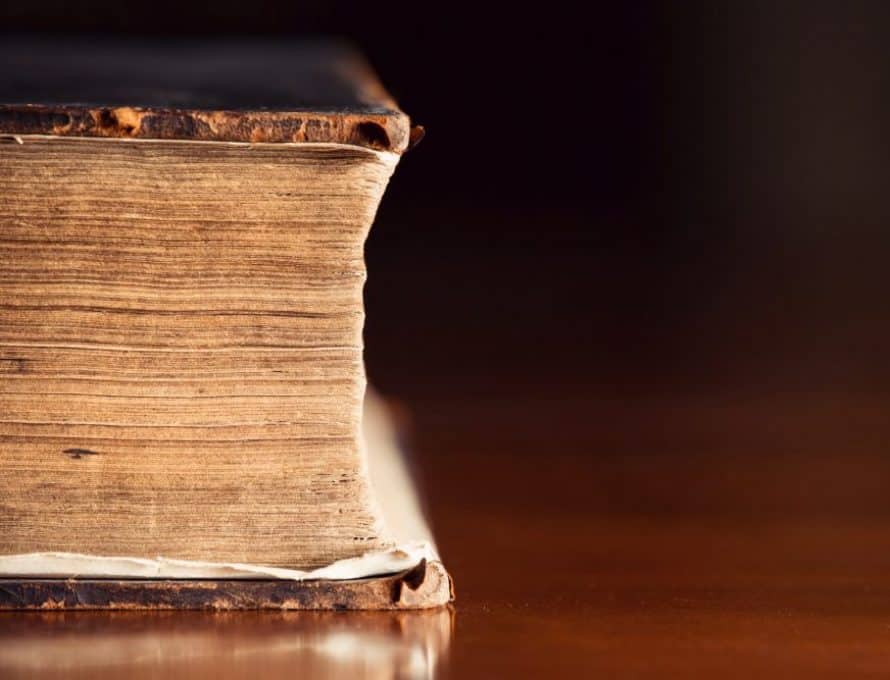 EDITOR’S NOTE: This is the eighth in a series of excerpts from the new MBC resource, “The Last Apologist: A Commentary on Jude for Defenders of the Christian Faith,” available at mobaptist.org/apologetics.

Of all the terms Jude uses to describe false teachers – dangerous reefs, waterless clouds, and wild waves of the sea, to name a few – he stops short of calling them apostates. Yet that is what they are.

A closer look at the New Testament’s sparing use of this term may prove helpful, particularly as we broach the thorny subject of apostates’ standing with God. Are apostates backslidden Christians? Shameless pretenders? Or people who once knew Christ but now have willfully rejected Him, thus losing their salvation?

The Greek word apostasia appears only twice in the New Testament. The apostle Paul is accused of apostasy for teaching others to “abandon Moses, by telling them [Jews living among Gentiles] not to circumcise their children or to walk in our customs” (Acts 21:21b).

And Paul warns the Thessalonians not to be deceived by those claiming that the Day of the Lord has already come. “Don’t let anyone deceive you in any way,” he writes. “For that day will not come unless the apostasy comes first and the man of lawlessness is revealed, the son of destruction” (2 Thess. 2:3).

Many other New Testament passages describe people who abandon the faith, never to return, for example: Hymenaeus and Alexander (1 Tim. 1:19-20); “antichrists” (1 John 2:19); and professing Jewish Christians who are beyond repentance because they have returned to the practice of offering animal sacrifices for the forgiveness of sins (Heb. 6:1-6).

An apostate, then, is someone who has received the knowledge of the truth, but willfully and decisively rejects it.

These passages illuminate certain qualities that distinguish apostates from backslidden believers, as well as from unbelievers who have yet to hear the gospel.

First, apostates possess knowledge of the gospel and often initially profess belief in Christ. Like the seed cast on rocky soil, they spring up quickly, only to wilt under the scorching rays of pressure or persecution (Matt. 13:3-9, 18-23).

Second, apostates willfully reject the gospel. They go beyond sincere doubt and deny the very doctrines that define true Christianity. It’s fair to say that all apostates are unbelievers, but not all unbelievers are apostates. Some unbelievers have yet to hear the gospel, and others are in various stages of wrestling with its truth.

Third, apostates have passed the point of no return. In particularly graphic terms, Peter describes them as dogs returning to their vomit, and sows returning to the muck. The writer of Hebrews says it is impossible to bring them back to the point of repentance (Heb. 6:4). And Jude speaks of the apostates’ damnation as already secured (Jude 4).

Finally, apostates are most dangerous when they remain in the church. John describes those who went out from among believers – to paganism, the cult of Caesar, vain philosophy, or some other false belief system (see 1 John 2:19).

While their departure is tragic, these apostates no longer pose a direct threat to the body of Christ. However, those who have fully and finally rejected the faith, and yet continue to profess it, are apostates of the most dangerous kind.

But what factors contribute to a person’s “falling away”? There appear to be several:

The apostate strikes a fatal blow to himself, for he has passed the point of no return and – like the scribes and Pharisees of Jesus’ day – brings upon himself “greater damnation” (Matt. 23:14b KJV).

It may be difficult at times to distinguish between an apostate and a backslidden believer. But ultimately, the role of deciding who’s in God’s kingdom and who’s not isn’t ours; it belongs to our sovereign Lord.

The apostates among us will never turn back; the gloom of eternal darkness awaits them (2 Peter 2:17b). Meanwhile, backslidden believers will never be lost, although they should be subject to church discipline, and they may fall under divine discipline, even to the point of premature death (see Matt. 18:15-20; 1 Cor. 11:27-32; Heb. 12:3-12).

In the end, we can’t judge the human heart, but we can recognize apostates by their fruit – that is, their doctrines and lifestyles (Matt. 7:15-20).

Next: The prophecy of Enoch