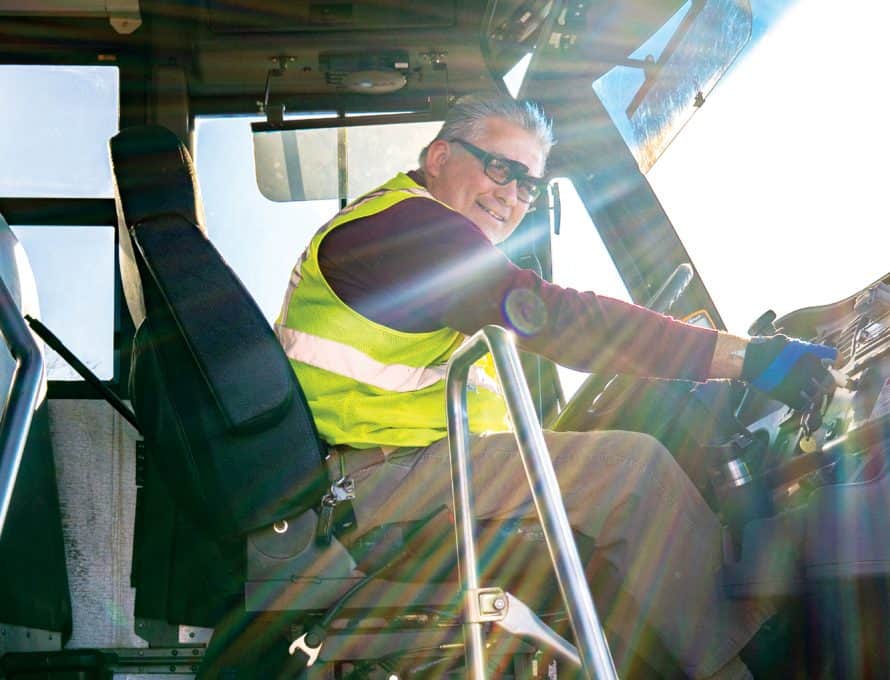 The unique opportunities of a bivocational pastor, he says, “are, in some ways, no different than for any other Christian.”

“Though we need to ‘leave our work at the office’ at times,” Tafoya says ministry is “tied to life as a whole and really cannot be seen as completely separate.”

Intentionality is his key for utilizing each vocation as a mission field.

Inside and outside the church, Tafoya says, God has led him to “the pillar of being intentional in my life” as he seeks to be sensitive to the leadership of the Holy Spirit.

Tafoya was raised on the Santa Clara Pueblo Indian Reservation in New Mexico. There, as a result of hearing and seeing the Gospel presented by two influential missionary couples, he was saved at the Santa Clara Baptist Indian Mission.

“I had heard the Gospel message and, just as importantly, I had seen the difference Christ was making in their lives – the joy, the ‘answers’ to life’s questions, their love – and I knew I needed to place my faith in Christ,” Tafoya recounts. “Even today, I remember my fear to make my decision for Christ, but I confessed my fear to Him while still in my pew and I soon found myself in the center aisle walking to my pastor.”

In the years that followed his new birth, Tafoya regularly did missionary work through his church when opportunities arose. By his fourth year of college, he had begun to wonder what to do with his life. The answer came during a Sunday morning worship service.

“A foreign missionary was sharing a testimony and the Scripture from Isaiah 52:7, ‘How beautiful on the mountains are the feet of those who bring good news,’ and I couldn’t think of anything else I would rather do with my life than serve the Lord in full-time vocational service,” Tafoya says. “I wondered how I could be sure. I determined I had to just step out in faith and I said to Him, ‘As long as You keep confirming I have made the right choice, I will continue serving You.’

“And indeed He has,” the bivocational pastor says. “Though the hard times have come, there continue to be assurances from people along the way and from my own heart as well.”

Tafoya prepared for his calling by attending Southwestern Baptist Theological Seminary, completing a master of divinity degree in 1988.

Despite his desire to serve the Lord in full-time vocational ministry, the Lord has used him in a bivocational capacity. As a result, beyond currently serving as pastor of Indian Nations Baptist Church and aiming to reach the significant Native American population living in the urban setting of Albuquerque, Tafoya also works as a bus driver for the city’s public school system, an adjunct professor at Wayland Baptist University’s Albuquerque campus and a certified professional coach of his own coaching company, Truth Dancer Coaching.

Tafoya has found that being bivocational (or “quad”-vocational, as it were) still allows him to minister “full-time.” His work as a bus driver, for example, enables him to be a Christian witness through character and action to students, faculty and coworkers in Albuquerque’s schools.

In his role as professor, he helps students with various educational goals learn about how God has revealed Himself in the Old and New Testaments. (Tafoya alternates terms teaching Introduction to Old Testament and Introduction to New Testament.) Finally, as a professional coach, he can explicitly point to Jesus as the ultimate ideal for leadership.

Truth Dancer Coaching provides spiritual and leadership training of Native American and indigenous peoples around the world. Development takes place primarily through professional coaching coupled with teaching and speaking when requested. These services are utilized by leaders both inside and outside the church and present a unique avenue by which to communicate God’s truth.

“I am equipped to help people respond to God’s work in their life as a coach, rather than as a ‘preacher,'” Tafoya says, noting that this opens doors that may otherwise be closed. “If I am explaining my philosophy of leadership in the context of a workshop or speaking, I can give testimony that Jesus is the primary leader I try to follow.”

Having ministered within so many different spheres, Tafoya, 56, remains “aware of many lives I have touched. One is a grown man from Laguna and Acoma pueblos with a family now. He was a camper in my cabin when I was a young man at our New Mexico Baptist Indian Family Camp. He is now an active leader at Laguna-Acoma Baptist Church.”

In light of his experience, Tafoya recommends that seminary students consider bivocational ministry, provided they seek to be intentional along the way.

“I realize we don’t always know what our life will look like,” he says. “I did not begin ministry intending to be bivocational. … But if we will be intentional regarding God’s plan and work for our life including the practical aspects of providing for our families, it can work.

“Another reason I would recommend it,” he adds, “is because it is a great model for other Christians in the churches we pastor. There is no reason, really, for a pastor to be ‘overworked’ by the church when other believers are bivocationally being ministers of the Gospel in the local church too, co-laborers with Christ and each other.”