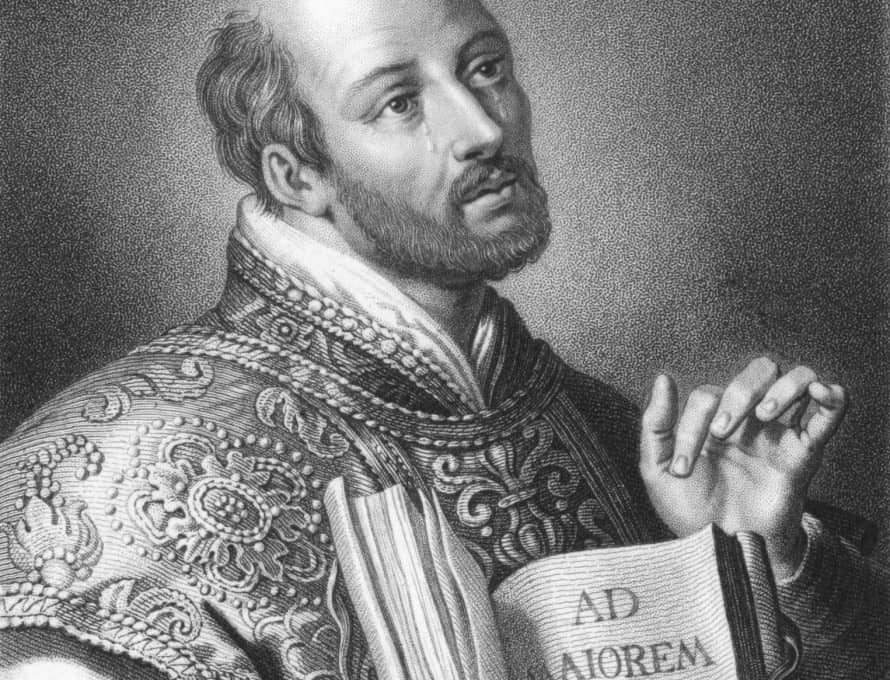 In our fascination with the theological debates of the Reformation period, we often forget how much turned during this era on the mundane, political events that had very little direct connection with theological or spiritual matters.

Take, for example, the Battle of Pamplona of May 20, 1521. The battle itself had nothing to do with religion or theology. It was merely one battle among many in a series of wars sparked by attempts of the Holy Roman Emperor Charles V and the French King Francis I to gain the upper hand over one another in European politics. Nevertheless, this battle would have a profound impact for shaping the Roman Catholic Church’s own attempts to find religious renewal and its ability to counteract the Protestant Reformation.

During a siege of the city of Pamplona, a canon ball struck a Basque nobleman named Iñigo Lopez de Loyola (better known as Ignatius Loyola), shattering not only his leg but also the worldly ambitions he had been pursuing as a soldier. Forced into a long recuperation, Loyola began to read traditional works of Catholic devotion, such as the Life of Christ, the Golden Legend, and later Thomas a Kempis’ Imitation of Christ. Through his encounter with these works, Loyola eventually had a sort of conversion—dedicating himself now as a soldier in the service of Christ Jesus and his Mother.

Eventually, although he had not become a monk, Loyola embarked on an ascetic lifestyle and went on pilgrimage to Jerusalem. After returning to Europe, however, he was confronted by the Inquisition for holding suspicious beliefs.

Infamous for its supposedly brutal suppression of heresy, the Inquisition first developed in Spain as a way to prosecute those suspected of Jewish or Muslim beliefs, as well as pre-Reformation heresies. It was, according to Reformation historian Carter Lindberg, a “tool of social control against outsiders.” The brutality of the Inquisition has often been exaggerated in the modern imagination – although not without reason, since it would sometimes use torture against its captives. However, according to Lindberg, the Inquisition primarily used the fear of public shame to squelch heresy. In any case, the Inquisition became a defensive bulwark against the Protestant Reformation, and it explains—though only in part—why the Reformation never made any significant inroads into Spain.

The Reformation failed in Spain also because there had been a movement of renewal within the Spanish church, led by Archbishop Francisco Jimenez de Cisneros, who died in 1517—the same year that Martin Luther posted his 95 Theses and ignited the Reformation. Because of this renewal movement, the Spanish church was less exposed than other European churches to the attacks of Reformers, who protested the immorality and ignorance of the clergy. Jimenez made efforts to remove such abuses, and he was able to combine—though only temporarily—traditional Spanish Catholicism with the Christian humanist (not to be confused with modern-day secular humanist) appeal to textual scholarship and personal devotion. In fact, he founded three universities and sponsored the Complutensian Polyglot—a massive work of scholarship that placed the Latin Vulgate translation of Scripture side-by-side with the original Hebrew and Greek texts, as well as the ancient Greek translation and Aramaic paraphrase of the Old Testament.

Given this context of spiritual renewal, it is no wonder that Spain would produce a man—namely, Loyola—who would play a large role in renewing and defending the traditional Catholic faith.

Having convinced the Inquisition of his orthodoxy, Loyola went on to establish a new religious order, the Society of Jesus (also called the Jesuits). He and his original band of followers initially wanted to take a pilgrimage to the Holy Lands to defend the faith there. But, after their journey was waylaid by political events, they instead went to Rome and offered their services to the pope.

Although Loyola didn’t establish the Society of Jesus to rebuff the Protestant Reformation, the Roman church would soon find that the Jesuits were indispensable in their efforts to win back the territories that had been lost to Protestantism. This was the case for three reasons: First, unlike other religious orders, the Jesuits were not bound to one location. Instead, they were active and mobile, enabling them to spread their message not only across Europe, but also around the world. According to Lindberg, by 1626 there were 15,000 Jesuits spread across the globe—in areas such as India, Africa, Brazil, Japan and China—by 1626. The missionary endeavors of the Jesuits were featured on the big screen in 2016 in the Martin Scorsese film, Silence.

Second, the Jesuits developed an effective educational system, thus giving the Roman church a way of keeping young people in the Catholic faith.

Finally, the Society of Jesus was devoted staunchly to serving the Roman Catholic Church. This is indicated by a classic Catholic devotional work written by Loyola, the Spiritual Exercises. This work primarily mapped out Loyola’s program for spiritual transformation through meditation and submission to God. However, he made it clear that submission to God entailed submission to the Roman church. He wrote,

“If we wish to proceed securely in all things, we must hold fast to the following principle: What seems to me white, I will believe black if the hierarchical Church so defines. For I must be convinced that in Christ our Lord, the bridegroom, and in His spouse the Church, only one Spirit holds sway, which governs and rules for the salvation of souls. For it is by the same Spirit and Lord who gave the Ten Commandments that our holy Mother Church is ruled and governed.”

Because of this conviction, the Jesuits would become an invaluable tool as the Roman church established its Counter-Reformation, which will be discussed further in the next edition of The Pathway.