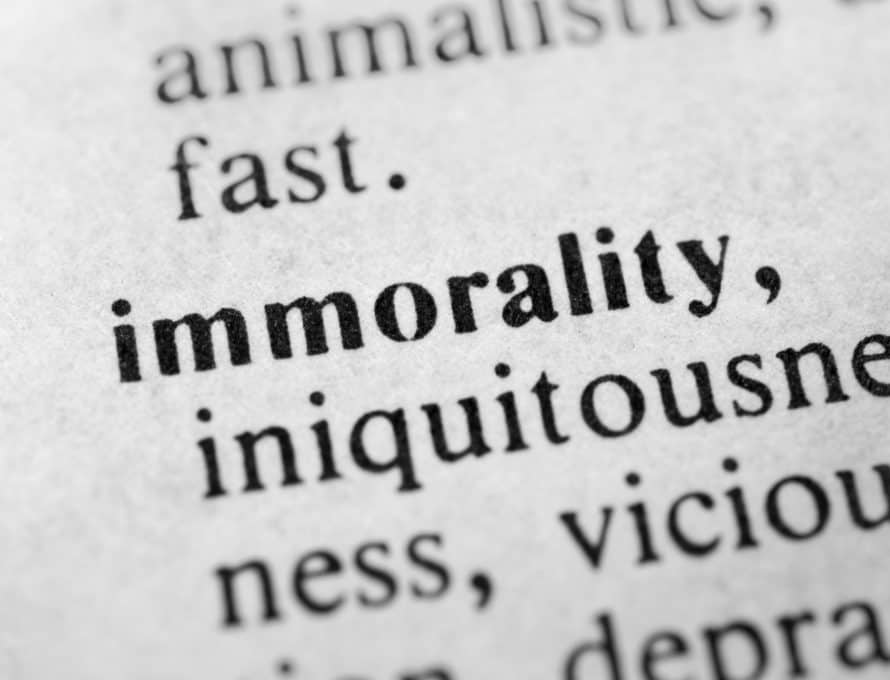 NASHVILLE (BP) – Most older Americans say right and wrong never change. Younger Americans — not so much, according to a new study released today (May 9).

The study by LifeWay Research found a significant generation gap in how Americans view morality. More than 6 in 10 of those older than 45 say right and wrong do not change. For those 35 and younger, fewer than 4 in 10 make that claim, according to the study that was conducted Sept. 2–Oct. 1, 2016.

LifeWay Research’s representative survey of 1,000 Americans found most worry moral behavior is on the decline.

Researchers found 81 percent of Americans agree with the statement, “I am concerned about declining moral behavior in our nation.” Nineteen percent disagree. 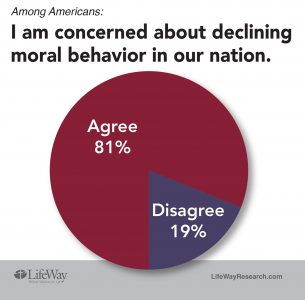 Yet Americans disagree over whether morality can be legislated.

Researchers asked the question two ways. First, they gave Americans a list of potential factors and asked them to select as many as applied. Among those influences: parents (64 percent), religious beliefs (50 percent), personal feelings (42 percent), friends (35 percent), teachers (26 percent) and media like books, movies and music (14 percent).

When asked which of those factors are most influential in shaping their moral views, Americans name their parents (39 percent), followed by their religious beliefs (26 percent) and their feelings (18 percent). Friends (4 percent), teachers (2 percent) and media (3 percent) are less influential.