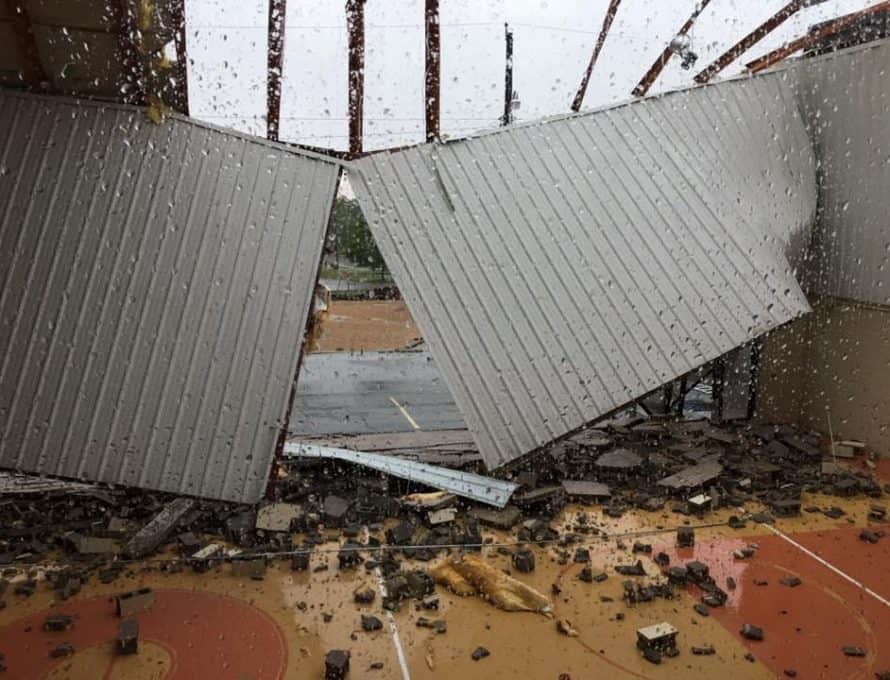 SALEM – Severe storms May 27 damaged several homes and tore open the gym of First Baptist here, though no injuries have been reported and power has been restored to most of town. It has not been determined if the damage was the result of a tornado or straight-line winds.

“I want to thank everyone so much for the outpouring of prayers in light of all the events at our church,” Pastor Michael York wrote on Facebook. “The storm damaged our building but God is strengthening our church. It blesses this pastor to see so many people in our church respond quickly to help.”

York said he has already been in contact with the executive director of the Missouri Baptist Convention, John Yeats, as well as the MBC’s director of Disaster Relief, Dwain Carter and the North American Mission Board’s David Melber.

“It is His church anyway,” York continued on Facebook. “He has already shown His sovereignty over the situation in tangible ways. If He loved our church enough to send His son to die for it, I don’t have to worry about how He will care for it in a storm.”

The church has since demolished what’s left of the gym, and is waiting for an engineer to assess the foundation before moving forward.

***
Though it was a Saturday evening, York and several others were in First Baptist Church during the storm.

“I heard the sirens,” York said. “I was just dumb and didn’t immediately go down into the storm shelter.”

York said he was in the church’s family life center which is connected to the gym and saw the wind whipping around debris and heard a loud roar. He decided it was time to head down to the shelter, when the family life center began to shake.

“I was running at that point,” he said.

Officials said it was not a tornado that did the damage, but a microburst downdraft with winds faster than 100 mph.