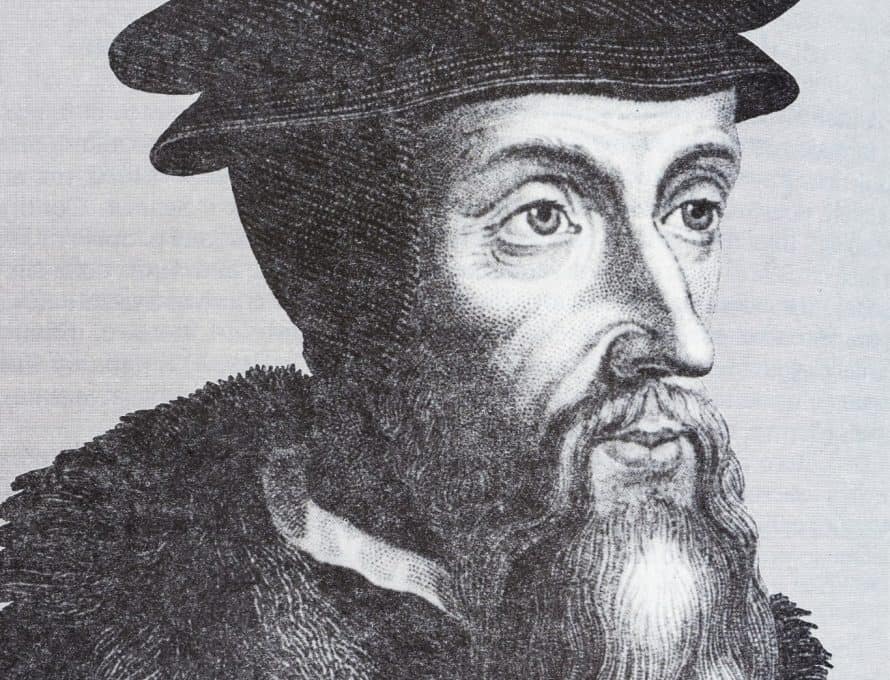 When Martin Luther pinned (or pasted) his 95 Theses on the church door in Wittenberg in 1517, John Calvin was only 8 years old.

By the time Calvin published the first edition of his classic Institutes of the Christian Religion in 1536, Ulrich Zwingli—the Reformer of Zurich—had been dead for five years, having been cut down in battle against the city’s Catholic opponents in 1531.

Multiple pathways for reform had been carved out across the European landscape before Calvin even entered the Reformation fray. Nevertheless, this second-generation Reformer stamped his name upon one of the main branches of Reformation thought—namely, the Reformed tradition, known also as “Calvinism.” According to some Reformation scholars today, however, “Calvinism” is a misnomer for several reasons:

First, Calvin was by no means the founder of “Calvinism.” In fact, no one person founded the Reformed tradition in the manner that Luther founded the Lutheran tradition.

Nevertheless, several theologians and leaders made a significant impact on the Reformed tradition even before Calvin came out in public support of Reformation ideas. These leaders of an earlier generation include not only Zwingli, but also:

Second, as Reformation historian Richard Muller points out, “the vast majority of 16th- and 17th-century thinkers we identify as Calvinists did not identify themselves as followers of Calvin.” These include Calvin’s influential contemporaries like Heinrich Bullinger (Zwingli’s successor in Zurich) or the Italian Reformer Peter Martyr Vermigli; and later theologians, including Calvin’s own successor in Geneva, Theodore Beza.

Third, some theologians and historians have debated whether Calvin himself could be considered a “Calvinist”—especially if you define the term “Calvinism” by belief in the popular (or, depending on one’s theological views, infamous) T-U-L-I-P acronym. For example, some scholars doubt that Calvin would have affirmed the 21st-century “Calvinist” doctrine of “limited atonement” (the “L” in the T-U-L-I-P acronym). This debate rages on today, and I’m neither able nor willing to settle it in this column. Regardless, the debate exemplifies the problems and questions that arise when considering the relationship between Calvin and “Calvinism.”

Fourth, as Reformation historian Carl Trueman has noted, the Reformed tradition isn’t enshrined in the works of any one theologian; rather, it is expressed in various confessional documents. Each of these confessional documents were formulated for different reasons and in the context of specific political situations and theological controversies. They include the Second Helvetic, Gallican, Belgic and Scots confessions, the 39 Articles of the Church of England, the Canons of Dort and the Westminster Confession of Faith.

It may be worthwhile to end this column by quoting another of these confessional documents—namely, the Heidelberg Catechism of 1563. This catechism was, of course, written in a Q&A format to aide in one-on-one teaching. It begins with a beautiful statement of gospel truth that has been handed down through the ages—a statement that even many non-Calvinists could appreciate:

“Q: What is thy only comfort in life and death?

“A: That I with body and soul, both in life and death, am not my own, but belong unto my faithful Saviour Jesus Christ; who, with his precious blood, has fully satisfied for all my sins, and delivered me from all the power of the devil; and so preserves me that without the will of my heavenly Father, not a hair can fall from my head; yea, that all things must be subservient to my salvation; and therefore, by his Holy Spirit, He also assures me of eternal life, and makes me sincerely willing and ready, henceforth, to live unto him.”

Doubtless, whether or not this document should be called “Calvinist,” Calvin himself would have agreed with this statement wholeheartedly.