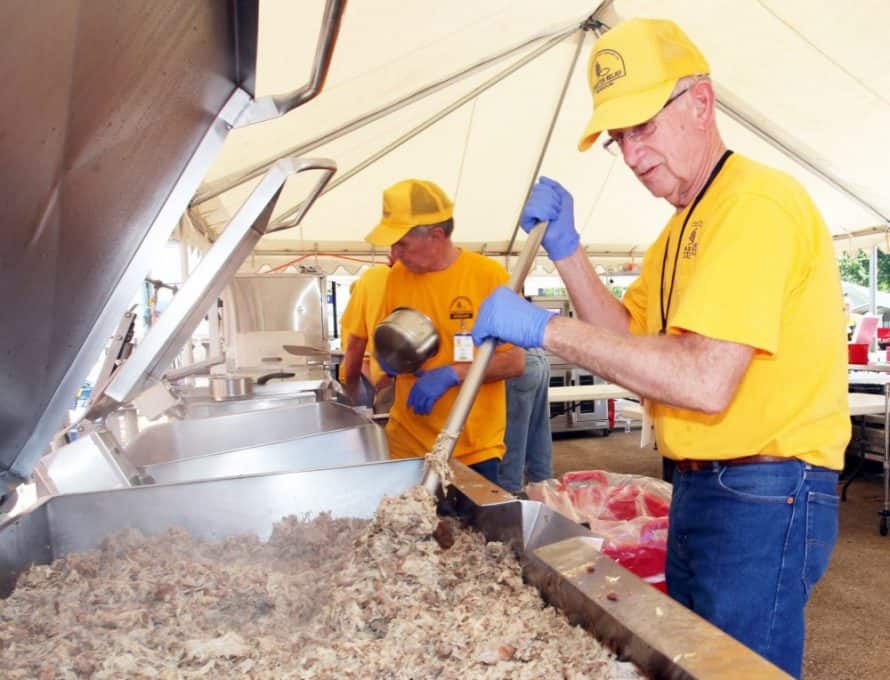 VAN BUREN – The seemingly non-stop showers that brought flooding to southern Missouri weren’t all that unusual. What was unusual was just how widespread the flooding and subsequent damage became.

The rains that began at the end of April and stretched into the first weeks of May inundated much of Missouri south of Interstate 44, leaving closed roads – and flooded homes – from Neosho in the southwest all the way to Eureka in the St. Louis area.

Teams from all across Missouri – including reinforcements from Baptist Disaster Relief volunteers in Texas, Alabama, Tennessee, Ohio, Michigan, Illinois, Georgia, Kansas and Nebraska – are still working to help homeowners remove tainted woodwork, flooring and sheetrock, then treat the remaining framework with anti-fungal spray.

With a volunteer crew from Texas manning the command center in Jefferson City, hundreds of volunteers fanned out from incident command sites in Neosho, West Plains, Doniphan, Van Buren, Arnold and Eureka doing flood recovery and mudout. Calvary, Neosho and First Baptist, Arnold also served as a Red Cross shelters for the public while First Baptist, Doniphan, also hosted a disaster relief mobile kitchen, which prepared up to 7,000 hot meals a day at the request of the Red Cross.

As is the case in almost every disaster, stories of God at work in the midst of literal storms abound: One of the flood victims staying at Calvary Baptist in Neosho was so impressed with the dedication the Disaster Relief workers that he asked to accompany them on a job. He worked all day with a team from Texas on a stranger’s home and later that evening was led to the Lord by one of the DR volunteers. The next Sunday, he walked the aisle at the church, made his decision public, and expressed his desire to be baptized.

In the aftermath of the reversal of Roe v. Wade, the Missouri Baptist Children