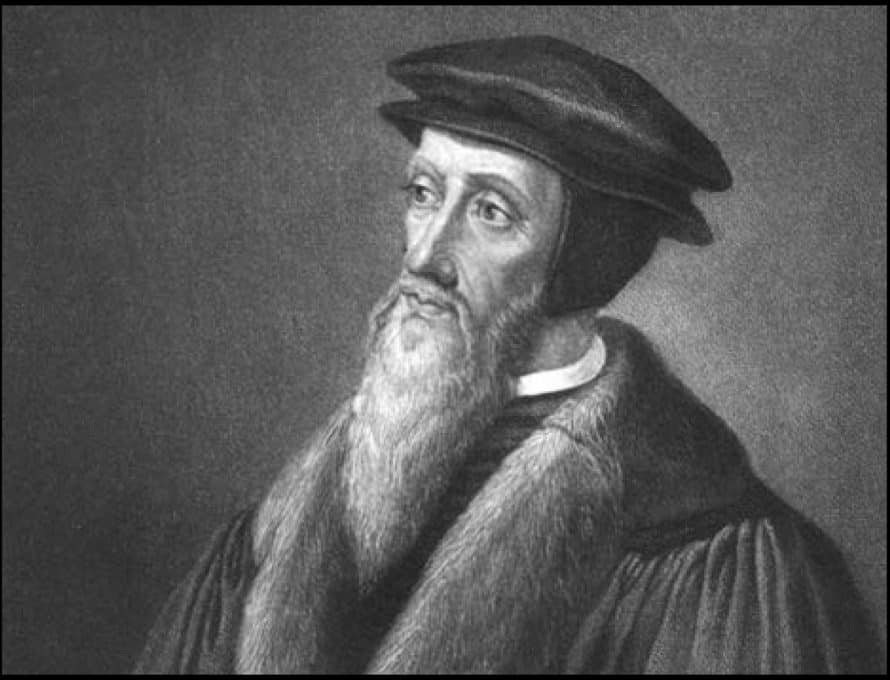 By the spring of 1539, John Calvin had been twice-exiled.

First, he had been forced to leave his beloved homeland, France. At one time, having fostered Christian humanism within its borders, this kingdom seemed ripe for receiving the Reformation ideas of men like Martin Luther in Germany or Ulrich Zwingli in Zurich. But in the early 1530s, the tide began to turn against reform-minded Frenchmen like Calvin, and in the decades to come the Protestant Reformation would be violently suppressed within France.

Second, shortly after the Easter of 1538, Calvin and his colleagues were cast out of Geneva, a border city, nestled between France to the west and the Swiss Confederacy to the east. Calvin had never intended to involve himself in efforts to reform Geneva. But while taking a detour through the city in 1536, the outspoken French preacher William Farel tried to persuade Calvin to stay in the city and use his abilities for the sake of Christ’s cause.

Calvin later recalled this encounter with Farel: “When he realized that I was determined to study in privacy in some obscure place and saw that he gained nothing by entreaty, he descended to cursing, and said that God would surely curse my peace if I held back from giving help at a time of such great need.”

“Terrified by his words, and conscious of my own timidity and cowardice,” Calvin added, “I gave up my journey and attempted to apply whatever gift I had in defense of my faith.”
So he joined Farel as a preacher in the city. But in 1538, caught in a muddle of theological and political debates, both preachers were ousted from Geneva. Calvin then traveled to the Swiss city of Strasbourg, where he served as a pastor to French refugees.

But in March 1539, the Catholic church beckoned Genevan officials to restore the city’s allegiance to Rome, thinking that they could be convinced to do so in the absence of Farel and Calvin’s leadership. This call came in the form of a letter from Cardinal Jacopo Sadoleto, an upstanding and scholarly archbishop within the Roman church.

Desperate to find a theologian who could answer Sadoleto’s letter, Genevan officials turned to their former preacher. Calvin’s “Reply to Sadoleto” is a classic outline of Reformation teaching, a must-read even for Christians who can’t agree with every aspect of his theology.

In his letter, Sadoleto urged the Genevans to return to the papal church, arguing that this church was the true church that had always been “directed by the one Spirit of Christ.” But in reply, Calvin accused Sadoleto of wrongly severing God’s Spirit from God’s Word. After all, how could the Roman church claim to be guided by the Spirit, when it rejected the truths of Scripture, such as the doctrine of justification by faith alone?

Christ’s true church is, indeed, guided by the Holy Spirit, Calvin said. But, to establish the church with the stability and clarity of truth, the Lord “annexed” the Holy Spirit to the Word of God. The Word of God, he said, is the litmus that “tests all doctrines,” and the Spirit of God guides the church only by the means of His Word.

After Calvin faithfully defended the Reformation in this reply, the Genevans pled with him to return to the city as their pastor. In the fall of 1541, therefore, he returned to Geneva, devoting the remainder of his life to establishing godly worship and piety within the city. Convinced that this could be done only by the power of the Spirit working through the Word, he also devoted himself to expounding Scripture.

In fact, between 1541 and 1564, he preached through the books of “Psalms, Jeremiah, Lamentations, Micah, Zephaniah, Joel, Amos, Obadiah, Jonah, Daniel, Ezekiel, 1 and 2 Thessalonians, 1 and 2 Timothy, Titus, 1 and 2 Corinthians, Job, Deuteronomy, Isaiah, Galatians, Ephesians, Harmony of the Gospels, Acts, Genesis, Judges, 1 and 2 Samuel, and 1 Kings.” He preached 200 sermons on the book of Deuteronomy alone, as well as 174 on Ezekiel and 189 on Acts (See Dawn DeVries, “Calvin’s preaching,” in The Cambridge Companion to John Calvin, 111).

Throughout his ministry, beginning even before he returned to Geneva, Calvin also wrote commentaries on the New Testament and on much of the Old Testament. Of course, in doing so, he joined the company of other reform-minded biblical scholars, such as Martin Bucer of Strasbourg. But Bucer’s biblical exegesis was interlaced with so many in-depth and lengthy theological summaries that his commentaries became unwieldy.

In contrast, Calvin’s commentaries were brief and focused primarily on discovering what the biblical author intended to say to the reader. He was able to achieve such brevity and focus in his commentaries because of another work that he labored on throughout his life—namely, his well-known Institutes of the Christian Religion. First published in 1536, the Institutes were republished several times and greatly expanded by 1560. One modern-day English translation of the work contains more than 1500 pages in 2 volumes.

Calvin’s Institutes provides a comprehensive introduction to Christian theology. He hoped it would “be a key to open a way for all children of God into a good and right understanding of Holy Scripture.” This work, he added, would allow him to write commentaries with “the greatest possible brevity, because there will be no need for long digressions, seeing that I have here treated at length almost all the articles pertaining to Christianity.”

So even in this massive theological tome, the Genevan Reformer had his eye on the centrality and supremacy of Scripture. God’s Word, he wrote in the Institutes, was “a special gift” given by God to “