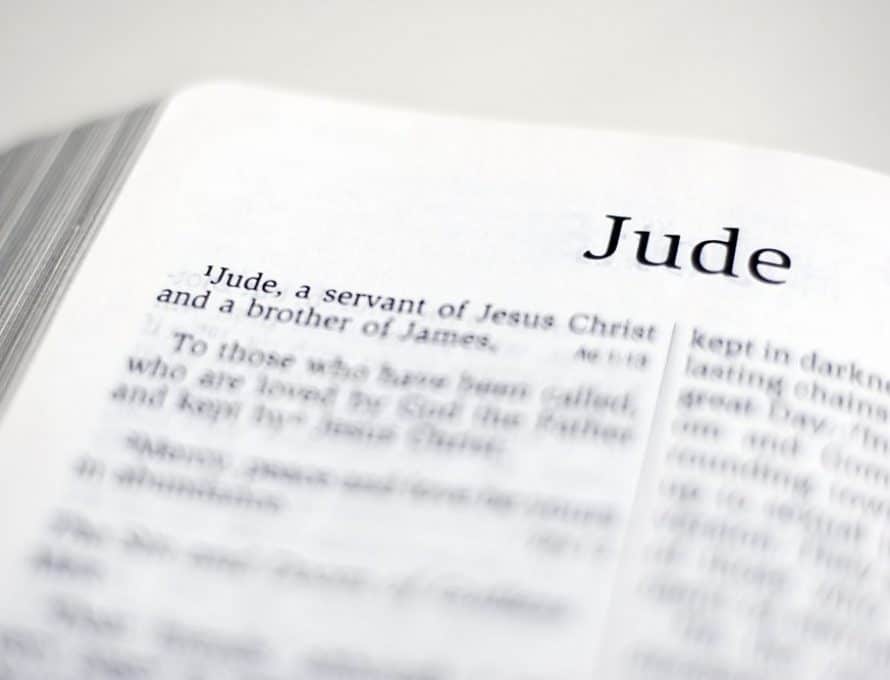 EDITOR’S NOTE: This is the fifth in a series of excerpts from the new MBC resource, “The Last Apologist: A Commentary on Jude for Defenders of the Christian Faith,” available at mobaptist.org/apologetics.

Who, exactly, are the “certain men” about whom Jude writes in verse 4 of his epistle? Jude delivers serious warnings about the religious scoundrels who have infiltrated the church – without naming them.

Perhaps this is because there are too many to name – an indication of how widespread the movement has become. Or maybe it’s because no single person is so well known as to have a heretical movement named after him; no Arius or Nestorius has yet emerged.

Perhaps it’s because Jude’s readers know full well who is being discussed, as Paul’s readers in Corinth do when he identifies “super apostles” who are, in fact, “false apostles” proclaiming another Jesus, a different Spirit, and a different gospel.

It’s even possible he resists the temptation to call them out personally because he is determined not to grant them a taste of the credibility they desire.

It’s clear these false teachers are in the church, for Jude says they have “come in by stealth.” This makes them especially dangerous.

Many first-century false teachers are itinerant “evangelists” who settle in communities that welcome and support them. John is adamant about such people: “[D]o not receive him into your home, and don’t say, ‘Welcome,’ to him; for the one who says, ‘Welcome,’ to him shares in his evil works” (2 John 10b-11).

Still, the question persists: Who might these “certain men” be? A few possibilities:

Gnostics. Although Gnosticism did not blossom fully until the second century, these interlopers may have fired “the opening shots in the fateful struggle between the Church and Gnosticism,” according to J.N.D. Kelly, who sees “Gnostic colouring” in their lifestyles and errant views of Christ.

Jude’s mention of Cain (v. 11) may indicate the false teachers are part of the Gnostic Cainite sect that lived immorally.

Libertines. These sexually immoral people bow to no authority and recognize no moral absolutes. Jude exposes them as ungodly, promiscuous, doctrinally unstable, defilers of the flesh, despisers of authority, brute beasts, and the list goes on.

While offering little evidence of Gnostic Christology, these false teachers nevertheless deny Christ’s Lordship by the way they live. It’s likely they revile angels, not because they feel superior to them, but because angels, as mediators of the law, uphold moral standards that confront their lifestyles.

Pneumatics. These ecstatic seers claim to receive heavenly visions; thus, they despise angels because they fancy themselves above them as spiritual elites. Just as the angels who sinned (v.6) breached their created boundaries to inhabit earth, the pneumatics, through ecstatic visions, try to transcend their created sphere of the physical realm to participate in the heavenly world.

Judaizers. The term “Judaizer” is used in a theological sense to describe the opponents of Paul and Barnabus at the Jerusalem Council (Acts 15), as well as “false brothers smuggled in” to preach “another gospel” in the churches of Galatia (see Gal. 2:4, 12; 6:12). In this sense, the term refers to Jewish Christians who seek to induce Gentiles to observe Jewish religious customs, limiting the admission of Gentiles into the covenant people of God through circumcision and keeping the ceremonial law.

Nicolaitans. There are two main views concerning the Nicolaitans. The first view holds that they are an early Christian cult that either follows or perverts the teachings of Nicolas, one of the seven men chosen as deacons by the congregation in Acts 6:5. The second view understands the designation “Nicolaitan” as denoting the error of creating an unnatural distinction between the clergy and the laity.

In any case, evidence from Scripture and early-church leaders indicates that the Nicolaitans teach a doctrine of compromise; that is, total separation between Christianity and paganism is not essential.

We may never know with certainty which of these errant groups Jude has in mind. But the text gives us a clear picture of their attitudes, demeanors, lifestyles, and tactics. They are ungodly, sneaky, promiscuous, dismissive of authority, blasphemers, profiteers, self-centered, grumblers, arrogant, flatterers – and clearly unbelievers (v. 19).

Next: When angels desert