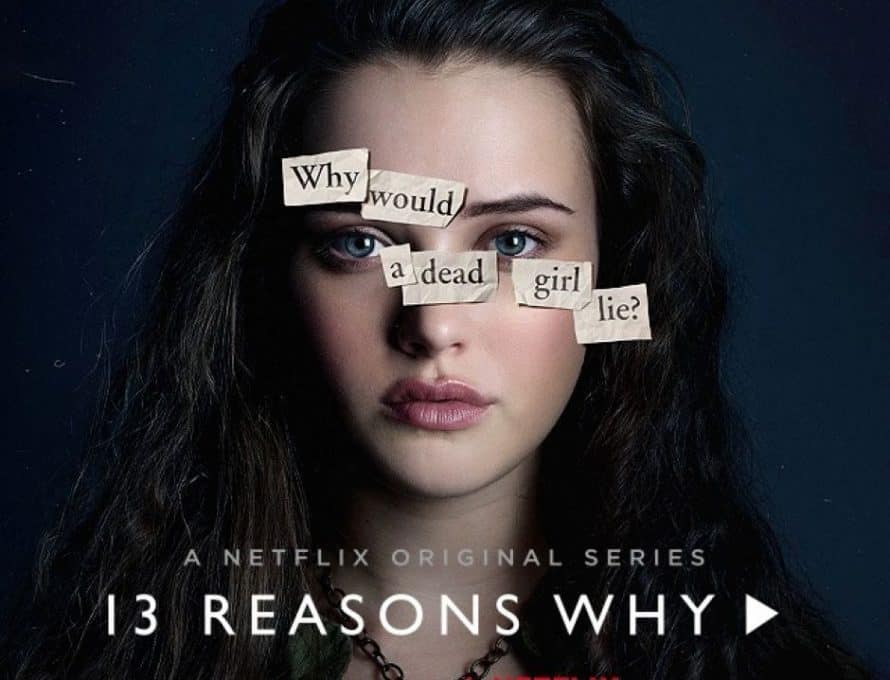 NASHVILLE (BP) – A streamed Netflix series dramatizing the fictional story of a teen’s suicide has drawn disparate reactions from secular and Christian sectors in the U.S. and abroad as the show’s popularity continues strong.

Netflix strengthened viewer warnings May 1 regarding the content of the series, “13 Reasons Why,” after cries of possible “suicide contagion” and the glamorization of suicide spilled from religious, educational and clinical sectors within the U.S. and as far away as Australia and New Zealand. Conversely, others have said the series that debuted March 31 opens the airways for honest discussion of suicide’s causes and prevention.

The latest commentary on the show includes a May 2 podcast from Southern Baptist Theological Seminary President R. Albert Mohler, who gives a biblical worldview he said Christians must remember.

“There are very legitimate concerns about this program, and Christian parents and young persons should be very very aware of the danger represented by any kind of glorification or rationalization of suicide,” Mohler said on The Briefing, his daily news analysis and commentary at albertmohler.com. “The Christian worldview based in the Scripture is not merely concerned about what might be a virus or a contagion of suicide but rather, about the issue of suicide itself, that’s deeply rooted in the sanctity of life ethic and our understanding that every single human life is a gift of a sovereign and benevolent Creator.”

Julia Jeffress Sadler, girls ministry director at First Baptist Church in Dallas, finds “overwhelming accuracy” in the storyline that “depicts the struggles many of our teenagers are facing.”

Sadler, a licensed professional counselor specializing in treatment of conditions including self-harm, said in the April 26th issue of the Southern Baptist TEXAN that juxtaposed to many reasons not to watch the series is the value of its depiction of truth. A prevailing “victim mentality” causes individuals to let others ruin their lives, Sadler said.

“In evaluating 13 Reasons Why, we must remember the reason it is a hit show: Countless numbers of people are hurting and tempted to commit suicide every minute,” Sadler wrote. “We must stop letting other people ruin and even take our lives. We must open our eyes to the nationwide epidemic and reality of suicide.”

Based on Jay Asher’s 2007 book by the same name, the 13-episode series features high school student Hannah Baker, who documents her emotions and personal struggles in advance of killing herself, and arranges for the tapes to be delivered to those whom she blames for her actions. The series graphically tackles the issues of rape, sex and drug abuse, while its timeline gives the illusion that Baker is speaking from the grave.

Southern Baptist ethicist Russell Moore, while encouraging parents to discuss suicide prevention with their children, cites the show’s dangerous presentation of suicide as part of a continuing storyline.

“Many depressed teenagers that I’ve talked to over the years, and others with suicidal tendencies, don’t actually want to be dead as much as they want to end one story and start another,” Moore wrote April 27 at russellmoore.com. “In many cases, the suicide becomes, in the imagination, the way to resolve storylines that one sees no other way to resolve.”

Teens considering suicide imagine a storyline that allows “those who have hurt them or traumatized them” to “’come to their senses’ after the suicide,” said Moore, president of the Ethics & Religious Liberty Commission.

“13 Reasons Why, I fear, just might fuel the pull to suicide in some because the storyline itself furthers the illusion that suicide is ‘fixing’ something – even if only bringing a kind of closure to the character arcs of the supporting figures in the drama,” Moore wrote. “The ‘star’ of the program is still the deceased teenager. This is not what suicide is like – and the dramatization of suicide as story-shift could be deadly for some.”

In a review of the series at Focus on the Family’s PluggedIn.com, Paul Asay writes of “unintended consequences” of the series that he believes at least has the good intention of trying to encourage viewers to examine their own lives and how they treat others.

“13 Reasons Why may, unintentionally, romanticize suicide for some students, even though that’s certainly not the show’s intent,” wrote Asay, Plugged In’s senior associate editor. “The tricky thing about stories like this one is that, for some, it might be just the right message at the right time. But for someone else, the intended message could also be received in a tragically different way.

Netflix has defended the show, but announced stronger viewer warnings in a statement to The Hollywood Reporter.

“Currently the episodes that carry graphic content are identified as such and the series overall carries a TV-MA rating (mature audiences),” Netflix said. “Moving forward, we will add an additional viewer warning card before the first episode as an extra precaution for those about to start the series and have also strengthened the messaging and resource language in the existing cards for episodes that contain graphic subject matter, including the URL 13ReasonsWhy.info – a global resource center that provides information about professional organizations that support help around the serious matters addressed in the show.”

Among secular groups voicing concerns and issuing warnings about the series are the National Association of School Psychologists, various public school systems in the U.S., Australia’s National Youth Mental Health Foundation headspace, and the New Zealand Office of Film and Literature Classification.

The show has not suffered from its detractors. In its first three weeks of release, the drama triggered more than 11 million tweets, according to Asay, making it the most tweeted-about show this year.