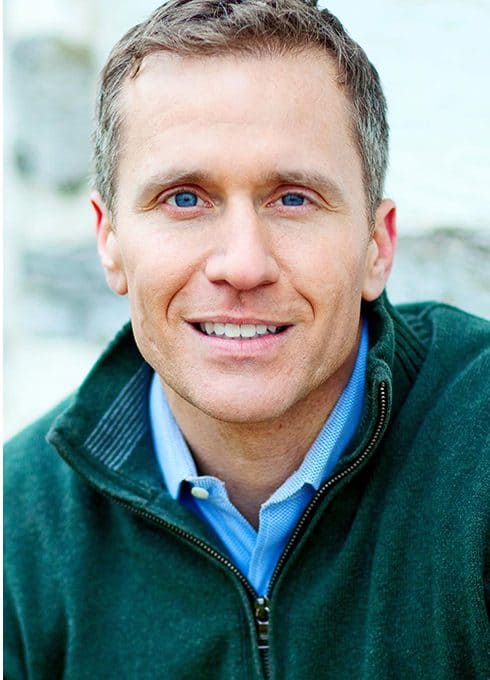 Greitens posted a video, April 13, on his Facebook page and website, announcing that the state of Missouri would no longer discriminate against religious institutions.

“We’re fighting for religious liberty here in the state of Missouri,” Greitens said, describing state policies that discriminated against people of faith and promising to remove such policies. “We have hundreds of outstanding religious organizations all over the state of Missouri who are doing great work on behalf of kids and families every single day. We should be encouraging that work.”

This defense of religious liberty was welcomed by Missouri Baptist Convention Executive Director John Yeats, according to a news release that accompanied Greitens’ announcement.

“Governor Greitens ‘gets’ what our Founding Fathers understood: that faith is an integral part of our national identity,” Yeats said. “There are common places where people of faith and state can work together to accomplish the common good such as in safety, education, rehab, foster/orphan care and other contexts where qualified religious organizations meet and, in most cases, exceed the state requirements.”

Less than a week after the governor’s announcement, the U.S. Supreme Court heard its most important religious liberty case this session. During this hearing, attorneys for Trinity Lutheran Church of Columbia, Mo., argued that policies of Missouri’s Department of Natural Resources (DNR) unconstitutionally discriminated against the church because of its religious status. But, only a week earlier, Gov. Greitens had alluded to this case (Trinity Lutheran Church v. Comey) in his Facebook video, vowing to remove these DNR policies.

This raised a question in some Justices minds: Was Trinity Lutheran’s case now “moot” since the state of Missouri had changed its position?

Attorneys on both sides of the case had been surprised by the governor’s announcement and insisted that the case was not “moot.” After all, the governor’s policy changes could be reversed at a later time. Additionally, Trinity Lutherans’ case was not simply about Missouri policies that a governor can change, but about the Missouri Constitution. One part of the state Constitution, called the “Blaine Amendment,” says that “no money shall ever be taken from the public treasury, directly or indirectly, in aid of any church, sect or denomination of religion.” And, as the church’s attorneys argued, the state used the Blaine Amendment to justify its alleged discrimination against the church.

Although Justice Sotomayor expressed concern about the “mootness” of the case, most of the justices apparently didn’t share her concern.

“Good intentions could have had disastrous consequence,” Michael Whitehead, a member of Trinity Lutherans’ legal team, as well as legal counsel for the MBC, said after the hearing. “Both sides are relieved that the Court seemed willing to ‘take the bull by the horns’ and to treat the case as not mooted.”