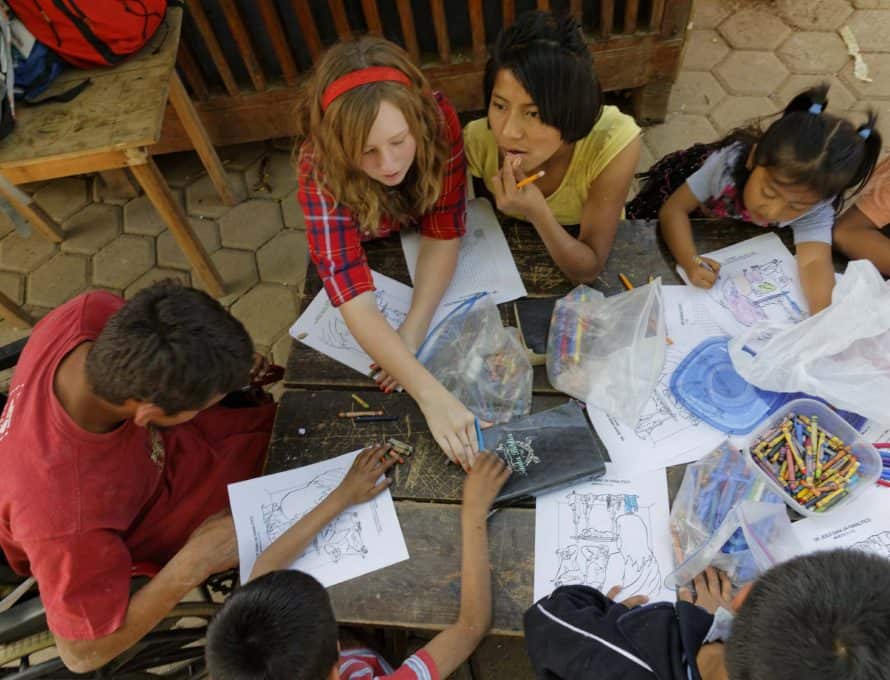 Comparing receipts from Oct. 2016 through Mar. 2017 with totals for the same period a year ago, gifts through the Cooperative Program, Southern Baptists’ primary channel for funding all national causes, are down less than one percent, or about $967,597 below last year.

By contrast, contributions to the Lottie Moon Christmas Offering, which benefits only the International Mission Board, Southern Baptists’ overseas-missionary-sending entity, have tumbled almost $13.5 million, a nearly 12 percent drop, for the same time frame.

Importantly, these figures reflect only funds received through the SBC Executive Committee — some LMCO gifts are donated directly to the IMB.

Also, the accounting year for the LMCO is June 1 through May 31, but the difference with the SBC Executive Committee fiscal year does not change the negative trend in LMCO giving.

According to past reports out of Nashville, March is the third month in a row for the special offering to plunge, with successive falls of $4.72 million, $4.17 million and $4.59 million, respectively.

The $13.5 million drop comes after record giving last year, $165.8 million, when Southern Baptists responded generously with hopes of keeping missionaries in the field after the Richmond-based IMB announced terminations were necessary to balance the budget.

The Baptist Message sought information about whether LMCO funds received directly by the IMB somehow offset the tumbling contributions forwarded through the SBC Executive Committee; and, likewise, asked for comment about what essentially was a wild reversal of fortune (almost $24 million) from October 1, 2016, when reports showed donations were about $10.4 million above the record pace of the previous year.

But Terri Willis, national relations team leader for the IMB, replied by email that the IMB “traditionally doesn’t comment about LMCO or other numbers until the fiscal year is over.”

Regardless, the IMB announced in November 2016 that the 2017 budget was balanced on the basis of a “responsible” projection of $170.5 million for the 2016 LMCO, taking precaution to include only 96 percent of this projection, or $163.1 million, in the actual financial plan.

Now, with only two months remaining in the accounting year, the current shortfall likely means the IMB will not hit even this lowered target, and perhaps will miss the mark of $155 million, set as the official 2016 goal.

During the entity’s last trustee meeting, IMB staff informed trustees about personnel losses that were even greater than reported when a two-phase termination process was completed in April 2016.

Previously, the IMB had published that the offer of early retirement (Voluntary Retirement Incentive) combined with other transition opportunities (described as a Hand Raising Opportunity) had produced 983 volunteers among 4,800 field missionaries and 149 separations among 450 Richmond staff (including 30 firings among the communication team).

This left the IMB with 3,817 missionaries and 301 support persons when terminations ended in April 2016.

But in materials available to trustees March 1, the IMB staff noted the organization had ended 2016 with only 3,596 persons serving abroad, meaning the IMB had dropped another 221 people from the field, even after adding some replacements following the VRI and HRO. This left the field missionary force at its lowest level since 1985.

Meanwhile, the support staff had risen slightly to 306.

The IMB’s spiraling LMCO troubles accompany accounts out of the SBC Executive Committee’s February meeting that two panels were being formed — one from members of the Cooperative Program committee and the other composed of the trustee officers — to investigate concerns Southern Baptists had expressed (some in context of defunding) about the direction of the Convention because of actions taken by national entities.

Both the IMB and the Ethics and Religious Liberty Commission have come under fire for signing onto a friend of the court brief (also known as “amicus curiae” brief) that supported the construction of a Muslim mosque in New Jersey. The ERLC also is accused of taking “various significant positions … that do not reflect the beliefs and values of many in the Southern Baptist Convention” and its president, Russell Moore, has received backlash from Southern Baptists and other evangelicals for hateful insults about Christians who held political views that differed from his during the 2016 U.S. presidential campaign.

Baptist Press, Southern Baptists’ official news service, reported in its coverage of the proceedings that “churches have taken or are considering … action over concerns related to multiple SBC entities.”

Subsequent news reports from multiple sources indicated at least 100 congregations are withholding contributions normally given through the Cooperative Program and that 49 congregations chose to withdraw membership from the SBC last year—more than eight times the normal amount of such requests.

As a result of the amicus curiae brief matter, the First Baptist Church in Morristown, Tennessee, has escrowed its Cooperative Program gifts for national causes while still distributing money for support of state missions and ministries. FBC Morristown is described as the fifth largest contributor of gifts through the Cooperative Program from Tennessee.

The pastor, a former president of the Tennessee Baptist Convention, also resigned as an IMB trustee over the matter.

The IMB subsequently announced it had “revised our processes,” such that IMB President David Platt and General Counsel Derek Gaubatz no longer will submit friend of the court briefs without trustee approval.

The IMB’s next regularly scheduled trustee meeting will be held June 12 in Phoenix, Arizona, the day prior to the start of the 2017 SBC Annual Meeting.