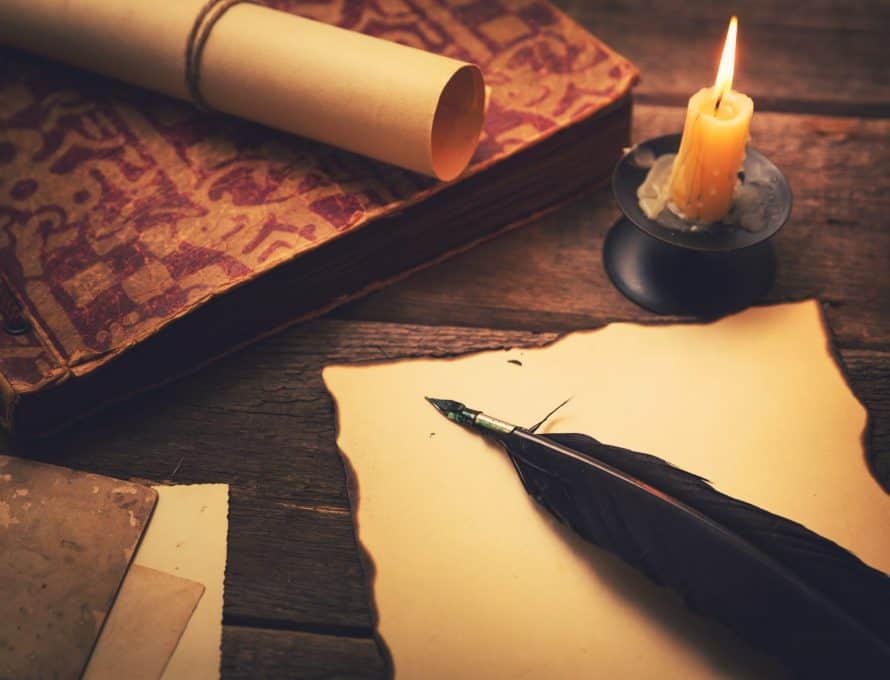 Once called the “Simon Peter” of the early Anabaptist movement, Balthasar Hubmaier fled from the city of Zurich in secrecy and shame in 1526.

In that city, where Reformer Ulrich Zwingli’s teachings held sway, Hubmaier faced imprisonment and torture before finally denying his belief that only those who have professed faith in Christ and surrendered to a life of discipleship should be baptized. For this reason, the leaders of Zurich released Hubmaier, disgraced before both his enemies and his friends. After fleeing the city, he wrote the following words in a confession that he called, “A Short Apology”:

“I may err – I am a man – but a heretic I cannot be, because I ask constantly for instruction in the word of God. But never has any one come to me and pointed out a single word, but one single man [that is, Zwingli] and his followers … by capture, imprisonment, sufferings and the hangman, tried to teach me the faith. But faith is a work of God and not of the heretic’s tower, in which one sees neither sun nor moon, and lives on nothing but water and bread. … O God, pardon me my weakness. It is good for me (as David says) that thou hast humbled me.”

In this confession, Hubmaier revealed his humble reliance on God’s word. Admitting his own weakness and faithlessness, he knew that God would always remain faithful and that His truth would stand forever.

Born in the town of Friedburg, Germany, in the 1480s, Hubmaier showed promise within the late medieval Catholic church. In fact, he earned a doctorate in theology under John Eck—who was one of Martin Luther’s most formidable opponents during the early Reformation.

Hubmaier also showed promise as a medieval priest, according to the late Southern Baptist historian William Estep in his classic book, The Anabaptist Story. “During thunderstorms he stationed himself at the church door with the Host [that is, the bread consecrated for use in the Lord’s Supper] and blessed the clouds,” Estep writes. “At Easter and on other occasions, as when the Host was carried to the sick, he saw that everything was done with much pomp and ceremony.”

While serving as the people’s priest in the city of Regensburg, Hubmaier also championed a tragic – yet typically medieval – campaign against Jews. Inspired partially by his preaching, the city pushed out its Jewish population and transformed the former synagogue into a Catholic chapel dedicated “to the beauteous Mary.” The chapel would become a hugely popular pilgrimage site.

Although Hubmaier could have had a successful career within the Catholic church, he would ultimately follow a different path. In the early 1520s, Hubmaier started reading Scripture, especially the letters of Paul. He began to accept Reformation ideas—first, those of Martin Luther, although he would ultimately be more sympathetic with the ideas of Ulrich Zwingli in Zurich. Soon, he implemented reform in the city of Waldshut, where he then served as a priest, and he took the Reformation further than either Luther or Zwingli would be willing to do. He began to baptize only believers.

As one of the few Anabaptists to have a doctorate in theology, Hubmaier became a natural leader within the movement. His writings in support of believer’s baptism would be read by Anabaptists for decades. His most famous defense of this practice, “On the Christian Baptism of Believers,” would still be in circulation a century later.

Hubmaier insisted that only faith can justify, and the outward practice of baptism has no spiritual power to save us. However, he saw baptism as an essential part of the Christian life.

“Where there is no water baptism, there is no church nor minister, neither brother nor sister, no brotherly admonition, excommunication, or reacceptance,” Hubmaier wrote. “I am speaking here of the visible church as Christ did in Matthew 18:15ff. There must also exist an outward confession or testimony through which visible brothers and sisters can know each other, since faith exists only in the heart. But when he receives the baptism of water the one who is baptized testifies publicly that he has pledged himself henceforth to live according to the Rule of Christ.”

Hubmaier also proclaimed that no one should be forced into faith at the point of the sword, since only the gospel can produce faith. Instead of persecuting Jews, Pagans and heretics, Christians should love them and try to correct them through the preaching and teaching of God’s word. In his work, “On Heretics and Those Who Burn Them,” he writes, “Now it is apparent to everyone, even the blind, that the law which demands the burning of heretics is an invention of the Devil.” Following this statement, Hubmaier penned a declaration that would characterize both his writings and his life: “Truth is Immortal.”

Because of his stance on believer’s baptism, Hubmaier would come into conflict with Zwingli, who tried to refute Hubmaier’s teaching with his pen and also—as noted above—through torture. Although the Anabaptist leader was forced out of Zurich in shame in 1526, he repented of his faithlessness amid persecution, and he began again to proclaim the truth in the Moravian city of Nikolsburg. With support from local rulers, he may have baptized as many as 6,000 believers in his one brief year of ministry in the city.

Yet Hubmaier was soon arrested once more—this time by the Catholic authorities in Austria. And this time he would remain faithful to the truth of Scripture even amid persecution. On March 10, 1528, he was burned at the stake. Three days later, his faithful wife—Elizabeth—was drowned in the Danube river.

By faithfulness in his death, Hubmaier lived out the truth of baptism, as he described it in his final appeal to the authorities in Austria: “I have taught nothing else regarding baptism except that it is a public and oral confession of the Christian faith, and a renunciation that one must address to the devil and his works, so that a person, in the power of God the Father and the Son and the Holy Spirit, may yield himself in such surrender that he is willing with Christ to suffer, die, and be buried, in the faith that he will arise with him to everlasting life.”

In this faith, Hubmaier died, confident that the immortal truth of God’s word would stand forever.