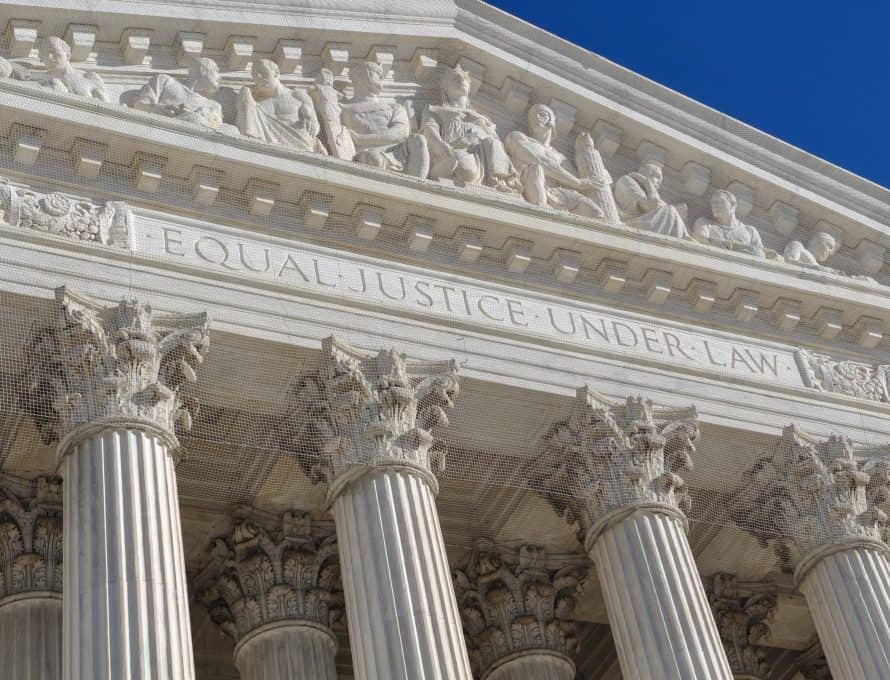 Who needs Congress to make laws when the judiciary just does whatever it wants? Well, at least that’s what the Seventh Circuit seems to think.

The unprecedented ruling came in response to a complaint filed by Kimberly Hively, a former community college teacher who alleges that she was denied promotions and eventually fired because she’s a lesbian.

Now if you notice that Title VII does not mention “sexual orientation,” you’re not alone. If you go by the literal text, as well as the legislative history of Title VII, the court’s reading of the law brings to mind what Humpty Dumpty told Alice in “Through the Looking Glass”: “When I use a word,” Humpty Dumpty said, “it means just what I choose it to mean—neither more nor less.”

And the answer on Tuesday was “LGBT activists and their allies in the courts.”

Writing for the majority, Chief Judge Diane Wood said that “Hively represents the ultimate case of failure to conform to the female stereotype …. she is not heterosexual.” Wood added that “Hively’s claim is no different from the claims brought by women who were rejected for jobs in traditionally male workplaces ….”

The key to Wood’s argument lies in the word “stereotype.” In 1989, the Supreme Court, in a case involving a female employee allegedly denied a promotion because she wasn’t “feminine enough,” ruled that this kind of stereotyping violated Title VII.

That decision remains controversial, but at least it involved someone alleging discrimination on the basis of sex, i.e., a man with the same personality wouldn’t have been treated this way.

But it also opened the door to LGBT activists who used the idea of “sex stereotyping” to try to amend Title VII via the courts. Their argument, as reflected in Judge Wood’s opinion, was that discriminating on the basis of sexual orientation was the ultimate form of “sex stereotyping.”

That still left them with a considerable problem: the text of Title VII. If Congress had intended to define sexual orientation as a protected class under the law, it could have amended Title VII at any time.  But it hasn’t.

And here’s where the Court really channeled Humpty Dumpty. In his concurring opinion, Judge Richard Posner wrote that “We should not leave the impression that we are merely the obedient servants of the [Congress that enacted Title VII], carrying out their wishes. We are not. We are taking advantage of what the last half century has taught.” Holy cow. That, friends, is called judicial tyranny.

Judge Diane Sykes, however, strongly disagreed with Wood and Posner. She wrote that “Title VII does not define discrimination ‘because of sex’ . . .In common, ordinary usage in 1964 — and now, for that matter — the word ‘sex’ means biologically male or female; it does not refer to sexual orientation.”

She added: “The Constitution assigns the power to make and amend statutory law to the elected representatives of the people…. However welcome today’s decision might be as a policy matter, it comes at a great cost to representative self-government.”

And by the way, three weeks ago the Eleventh Circuit came to the opposite conclusion of the Seventh Circuit. So the issue is headed to the Supreme Court.

So what can we do? We can urge our representatives to clarify Title VII, and while they’re at it Title IX, and make it clear that Judge Sykes is correct in her interpretation. We can also urge the White House to reverse the EEOC’s 2011 ruling that opened the door to cases like this one.

Otherwise, we may as well just join Humpty Dumpty on that wall.