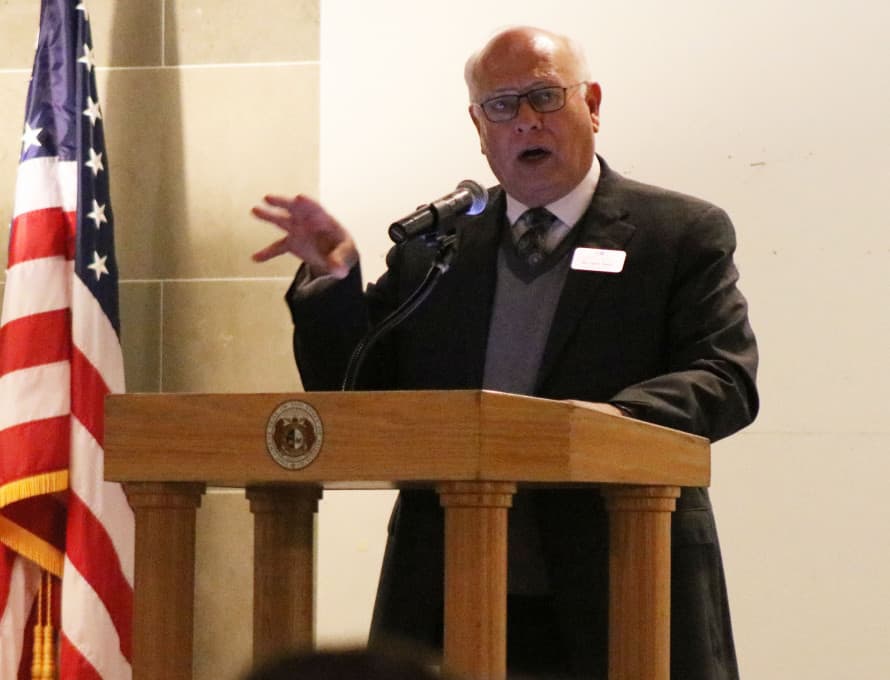 JEFFERSON CITY – More than 50 people gathered in the Capitol’s rotunda March 28 to pray specifically for Missouri’s lawmakers as they enter into the final month of the legislative session.

John Yeats, executive director of the Missouri Baptist Convention, was the featured speaker at the event dubbed “Show Me Your Glory,” a call to pray for those in government.

Specifically, Yeats called for Missouri Baptists – and all of the state’s Christians – to be “sons of Issachar” from 1 Chronicles 12:32, or men who understood the times and knew what path Israel needed to take.

“As people of God — godly people — we can show the world… that our faith is not primarily about what we oppose, and it’s never about anything we desire to impose,” he said. “Our faith, our life is about what we propose: a purposeful personal relationship with Jesus Christ and fellow men and women.”

The “Show Me Your Glory” rally began some years ago asking for God’s miraculous provision as lawmakers struggled to pass a balanced budget. The service launched 40 days of fasting and prayer for our government leaders, ending the last day of the session of the Missouri General Assembly. God answered those prayers, and each meeting since has featured testimonies from senators and representatives about how citizens’ prayers have enriched their time in office.

Another prayer event will likely pack the Rotunda May 4 when Hawley will be the keynote speaker at the National Day of Prayer rally in Missouri.