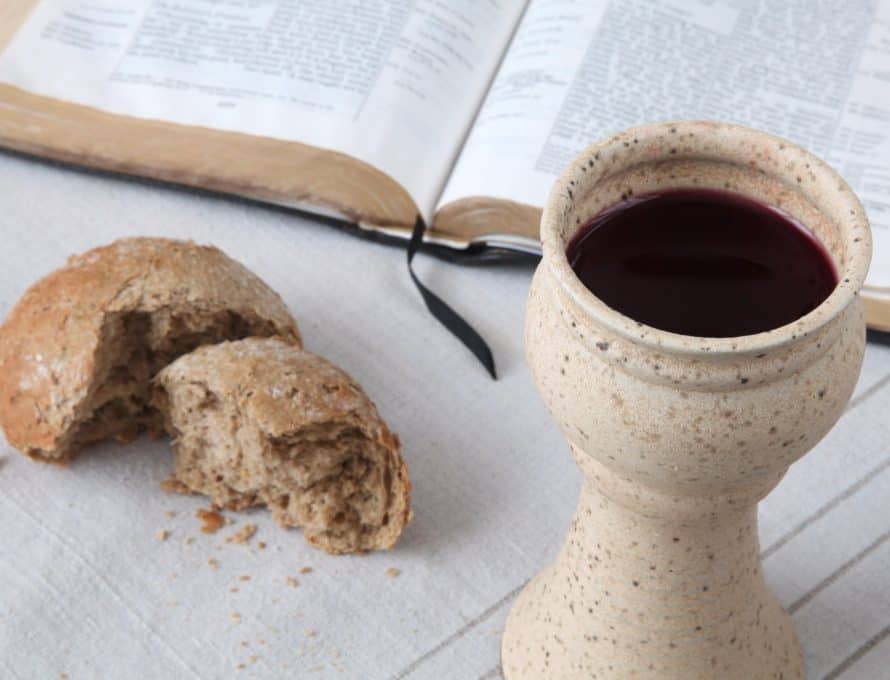 KANSAS CITY – Many churches observe the Lord’s Supper in preparation for Easter, but at Northland Baptist Church here, things are going to look a little different on Good Friday as the congregation “breaks bread.” Instead of what has become tradition for many Baptists – crackers and grape juice served in silver trays – that congregation will literally sit down for a communion meal.

Co-pastor Rustin Umstattd, who also teaches theology at Midwestern Baptist Theological Seminary, said the idea came out of a class he teaches that looks at how doctrine – including the Lord’s Supper – is put into practice in a Christian’s daily life.

“Early on, they were having a full meal,” Umstadtt said about the first Christians. “They would meet after work in the evening, have a complete meal, then having teachings and a worship service.”

Theologically, Umstadtt said the Catholic church’s desire to mete out only as much grace as one needed led to the single wafers and one drink from the cup. But practically speaking, the reason non-Catholics strayed from a full meal toward a single bite and gulp is a simple one: time of day.

“When the church shifted from Sunday evening to Sunday morning gatherings, they had a smaller sort of breakfast before going to work instead of a full meal in the evening,” he said.

Umstadtt noted that the current model of communion most churches use to remember Christ’s sacrifice isn’t wrong, but he and Northland’s leadership felt convicted to move back toward a full meal that emphasized unity among the church, in addition to personal introspection.

“When you pass the plate and have the individual wafer and tiny cup, it’s me and God,” he said. “Everyone else is there, but you’re not ‘together’ for worship.”

“We’re mirroring what they did in Corinth and in Acts,” Umstadtt said. “If you look at the church at Corinth, their meal followed the pattern of a typical Corinthian dinner party,” he said. “You’d have the meal, then retire and someone would get up and speak or entertain through rhetoric. Somewhere in this fellowship was this celebration of the ‘bread’ and the ‘cup.’”

So over Thursday and Friday nights before Easter, Northland will host nearly 200 people in two Easter Communion meals. They will sit at tables of 10 so that two families can sit together and fellowship during dinner before breaking bread and pouring from a single pitcher together. In the spirit of 1 Corinthians 11, the idea is that the closeness of the dining will expose any division and foster reconciliation.

Throughout the year, when Northland returns to a more traditional way of serving the Lord’s Supper, Umstadtt said he hopes people remember the symbol they experience at this full meal.