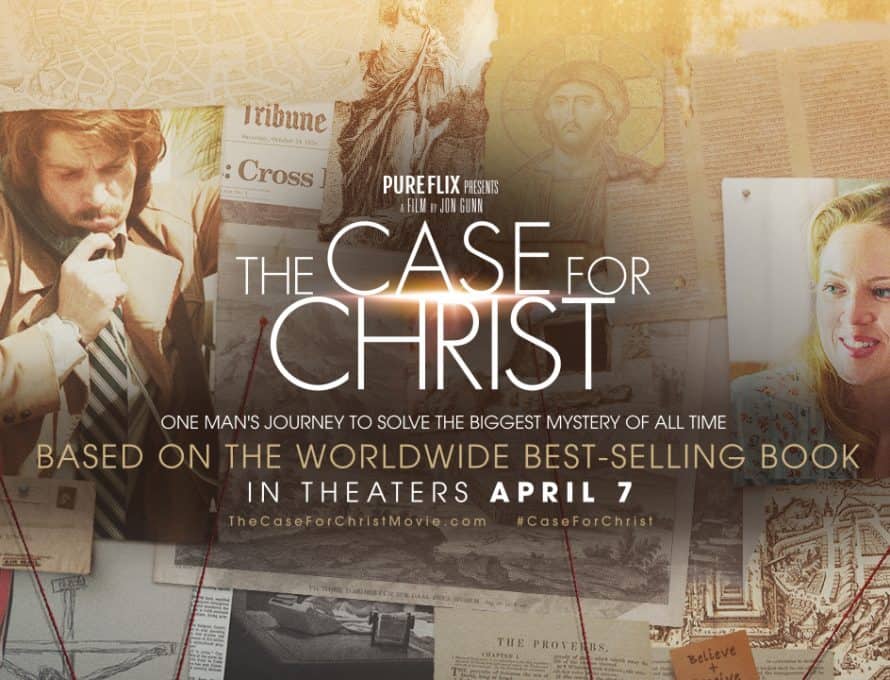 I’ve been on a classic movies kick lately, spending my evenings watching cinematic masterpieces like Casablanca,  North by Northwest and Lawrence of Arabia. What makes these films endure throughout the decades isn’t so much the story (Casablanca and North by Northwest have major plot holes, and Lawrence of Arabia doesn’t have much of a story at all); it’s a director’s deft touch and high-quality acting.

For too long, so-called “Christian” movies have been on the opposite end of the skill spectrum. The story may be uplifting and the themes positive, but – let’s face it – “our” movies are often short on art.

My own previous high-water mark for Christian movies, War Room, was still flawed by occasional stiff acting and a director that sometimes hammered home his points too hard. The Case for Christ (rated PG, in theaters now) avoids those pitfalls and turns in what I think it is the best Christian movie to date in terms of artistic merit. It won’t be nominated for best picture at the Oscars, but it makes a compelling case for legitimacy. Not that secular praise is necessarily a goal, but the movie currently has an 71% “freshness” rating on the movie review site, RottenTomatoes.com. For a movie with “Christ” right there in the title, this is a major achievement. (Also sitting with a 71% rating: Disney’s remake of Beauty and the Beast.)

Based on the best-seller by Lee Strobel, the movie tells his story as an investigative journalist at the Chicago Tribune. He’s a much better journalist than I am, and has a dogged devotion to the facts (a banner in his office boldly declares, “If your mother says she loves you, check it out!”) He’s winning awards, exposing corruption, climbing the ladder, and has a wife and two kids; he has it all.

But then, his atheist wife, Leslie, unexpectedly accepts Christ as her savior and begins attending Willow Creek Community Church led by Bill Hybels. As someone who worships only facts he can prove, Lee sees her conversion as not only a rejection of atheism but of him as well: “You’re cheating on me with Jesus!”

Perhaps what is so remarkable about Strobel’s story is that it’s fairly unremarkable, and director Jon Dunn doesn’t try to bedazzle things unnecessarily. Lee doesn’t spend a few minutes in Heaven after a near-death experience, and there is no miraculous conversion after a dramatic encounter. There isn’t even a “bad guy”  per se, unless you count Lee, but he is also our hero.

He reads the Bible in efforts to exploit it as he interviews experts (many religious, many atheist) and seeks out primary sources to prove his thesis. But slowly, Lee’s efforts to reason Jesus out of His resurrection end up convincing him that searching for facts to confirm his pre-existing belief may not be the most intellectually-sound practice. Another possible title for his book and this movie might have been “The Accidental Apologist.”

Instead of hiring actors for their Christian pedigree (Kirk Cameron in Fireproof, Kevin Sorbo in God’s Not Dead), here we have truly talented actors playing a part and it shows. Mike Vogel (Cloverfield, The Help) is convincing as Lee. I was constantly horrified at his mustache and hair, but this is the fault not of the actor, but of the early 1980s as a whole. Seriously, it’s awful and only outdone by the hair and glasses forced on the poor actor playing Bill Hybels circa 1980.

Erika Christensen (TV’s Parenthood) as Leslie Strobel is even better and turns in the best performance of the movie. She’s believable and honest as she goes from skeptic, to believer, to someone who is trying to love her husband and her new savior at the same time. She sheds tears, but they are never maudlin.

The rest of the cast (and it is a surprisingly large cast) is likewise fine, and – in a “Christian” movie first – includes an Oscar winner in Faye Dunaway.

The Case for Christ may not be the second coming of Lawrence of Arabia, but it does get my stamp of approval as an excellent movie and one Christians should be proud to recommend.