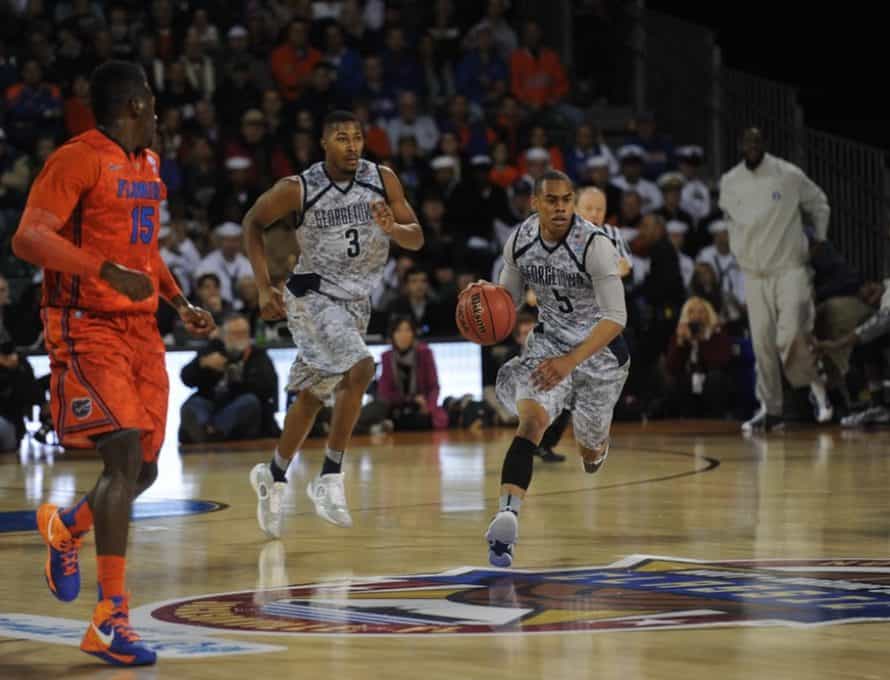 NASHVILLE, Tenn.—Thanks to wild buzzer beaters and unbelievable upsets, the NCAA men’s basketball tournament has become known as March Madness. For most Americans, however, their attitude toward sports is more mild than mad.

A new study from Nashville-based LifeWay Research found 52 percent of Americans describe their philosophy of sports by saying, “It’s not whether you win or lose—it’s how you play the game.”

“Most Americans want players to play the game ‘the right way’ and not potentially endanger others simply for the sake of winning,” said Scott McConnell, executive director of LifeWay Research. “For example, with growing worries about concussions in football, safety concerns have caused many to reconsider their attitude toward sports.”

Another 40 percent of Americans go beyond sportsmanship within the game to place sports in a broader perspective. They say, “It’s only a game.”

“For more than 9 in 10 Americans, winning takes a back seat,” said McConnell. “They believe there’s more to sports and more to life than achieving victory on the field or court.”

The LifeWay Research survey asked 1,000 Americans to choose which statement best describes their philosophy of sports:

Winning isn’t everything—it’s the only thing.

It’s not whether you win or lose—it’s how you play the game.

It’s only a game.

Fewer than 1 percent say when it comes to sports, “if you ain’t cheatin’, you ain’t trying.”

McConnell said the win-at-all-costs attitude doesn’t resonate with most. “Americans see sports as a way to develop character,” he said. “They want children and young players to gain something from athletics beyond merely a drive to win.”

While most seem to want good sportsmanship between competitors, half of the country doesn’t see it take place.

According to another part of the LifeWay Research study, the nation is evenly split on whether good sportsmanship is rarely exhibited in American sports today: 50 percent agree and 50 percent disagree.

“Our culture sends a mixed message with sports. We say we want good sportsmanship, but our attitudes and actions don’t always reflect that,” said McConnell. “We may recognize the player who was a great teammate and good sport, but we revere the player who wins.”

While millennials are often noted for growing up in a time when everyone is recognized for effort and not for achievement, young adults are most likely to reject that mindset. Among adults 18-34, 15 percent say, “Winning isn’t everything—it’s the only thing.” That’s more than three times as many as adults 35 and older (4 percent). “Everyone has probably heard that phrase,” said McConnell, “but millennials are most likely to believe it.”

He also noted adults in that age range are more likely to still be actively participating in sports, which may influence their drive to win. 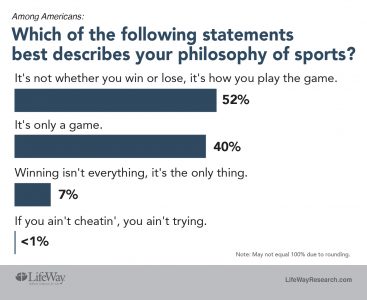