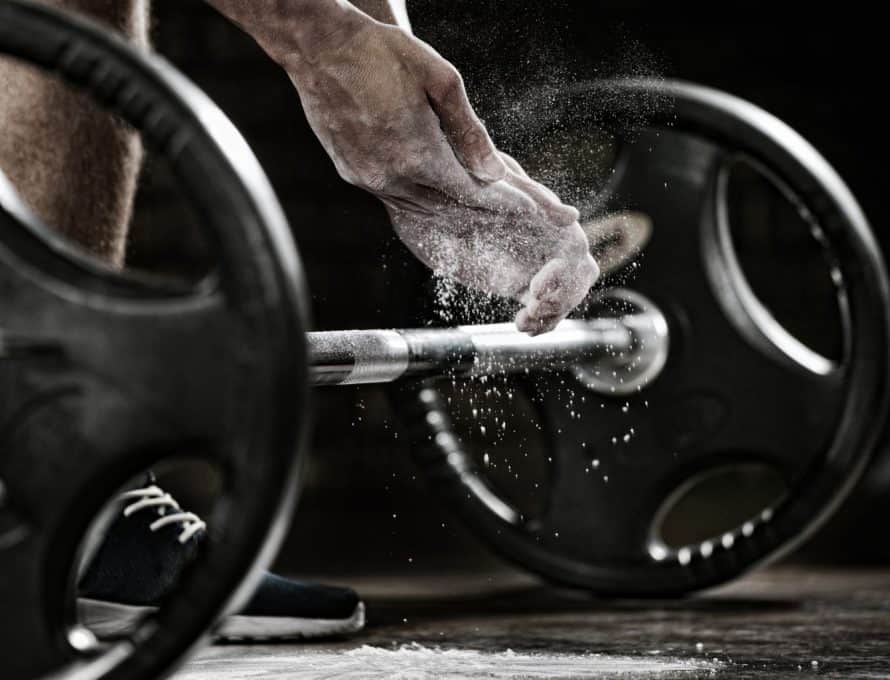 UNIONVILLE – Bubba Dowling stood in the high school gymnasium and people were amazed at his muscles as Pastor Jeff Harlan introduced him to the assembled crowd.

His arms were the size of hams and his upper body strength shown to be tremendous–the result of about 20 years of competitive power weight lifting and constant training.  Dowling and his associate, Ivan Frietas, were in the Putnam County High School to demonstrate strong man feats but their underlying purpose was to share their testimonies and issue an invitation to receive Christ.

The two strong men proceeded to bend several iron bars around their heads, break huge piles of landscaping bricks, twirl two volunteer kids around on a bar like a helicopter and Dowling used his lips to inflate a rubber water bottle until it exploded.

Frietas punctuated the strong man feats with occasional break dance routines.  The climax of the show was when Dowling broke a dual stack of about 10 rows of landscaping bricks with his bare hands.

He shared his testimony of growing up in Ottumwa, Iowa.  He as a heavy kid and was teased for his weight.  A troubled home life and other factors contributed to his depression and he attempted suicide at a young age.  He was just trying to get his daddy’s attention, he said.

Dowling went to college in Iowa and played football. He graduated with a degree in human services from Buena Vista University.  Along the way he met his wife while working as a bouncer in a bar.  They married and began adopting foster children.

A back injury resulted in some surgery and physical therapy.  At the gym, lifting weights and helping his back heal, he was encouraged to join a competitive weight lifting competition.  He bulked up and after much training was able to bench press over 700 pounds and do a squat life of over 900 pounds.

Frietas, a native of Brazil, told the teens of growing up in a pastor’s home, but having a struggle with pornography as a young adult. He married and now has two children and realizes now that “God never left him.”

“He doesn’t change.  We move away from Him,” Frietas added.

He challenged the youth to listen to Dowling’s testimony and respond to the gospel invitation.

Dowling took the floor again and began breaking more bricks, ripping thick telephone books, bending steel bars and bashing soda pop cans on his head.  A mess of broken bricks, pop cans and other props lay at his feet as the 400 pound, shaved-head, long-bearded weightlifter challenged the teens to live for God and be pure in their relationships.  His life of drinking and partying was left behind when he found the Lord, he said.

“I met my wife in a bar and she had been drinking, was sitting on the floor eating scrambled eggs and throwing up in a contractor size trash bag.”  He rolled his eyes and said “Real romantic, huh?”

The couple married and began taking in foster children.  That responsibility helped them get back to church and firmly establish their relationships with God.

Dowling said a group of young men who were part of a Promise Keeper group took him in and mentored him in an early morning discipleship group.  After three years, Bubba Dowling became a believer in Jesus.

Now with six children, Dowling said, “If He can do it for this family, he can do it for you.”  He knows Jesus is working in his kids’ lives and he can see a contrast between what he would have been doing as a teenager and what his kids are doing now.

“It takes just one generation to change.”

The youth rally was sponsored by Hartford Baptist Church, Unionville. Tom Rowland, youth pastor, was pleased at the response of area churches. The crowd was estimated at about 250 and about 50 teens and adults responded to the gospel invitation to pray with an invitation counselor.  Referrals will be made to area churches.

“God took this man and woman who met in a bar.  But when He got us, he got all of us” Dowling concluded.

He made a “strong” impression on the Unionville area teenagers.