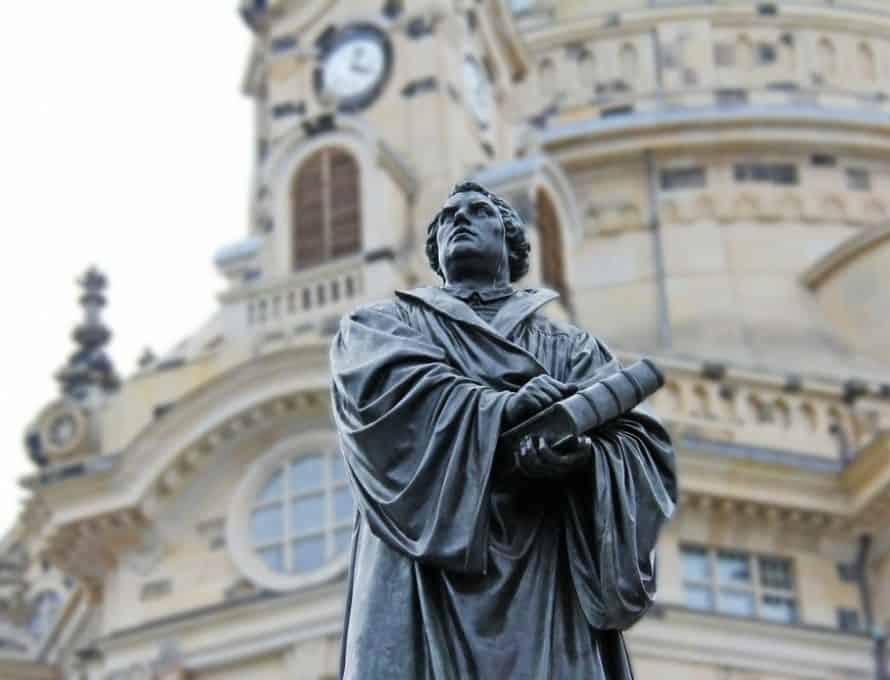 EDITOR’S NOTE: This is the eighth column in a year-long series leading up to the 500th anniversary of the 16th-century Reformation on Oct. 31, 2017.

In early 1522, as Martin Luther lay hidden in central Germany’s Wartburg Castle, a Reformation was stirring nearly 330 miles to the southwest in Zurich, a city nestled along the northern fringe of the Swiss Alps. Meanwhile, in Luther’s own Wittenberg, matters were moving quickly towards chaos as his university colleagues, in his absence, tried to push forward the religious revolution he had begun.

Luther’s call for Reformation had sparked a wildfire that would soon engulf the whole of Western Europe.

An Affair of Sausages

Born high in the Alpine village of Wildhaus, the Swiss Reformer Ulrich Zwingli was inspired by his humanist training to lead the people of Zurich back to the source of their faith: namely, Scripture. On Jan. 1, 1519, he announced to the congregation of Zurich’s Grossmünster that he would break protocol by preaching through Scripture, chapter by chapter, beginning with the Gospel of Matthew. By the time that Luther had gone into hiding at the Wartburg Castle, Zwingli was beginning to pull the people of Zurich away from the Roman church.

The first public, Zwinglian revolt against the Roman church may seem insignificant to us: In March 1522, several of Zwingli’s followers gathered together to eat sausages. But, in doing so, they broke the laws of the church, which commanded that Christians should eat only fish during the period of Lent. Although Zwingli abstained from partaking in this “Affair of the Sausages,” he entered the pulpit the following Sunday and defended his followers’ actions. He delivered a message on Christian freedom, declaring that the church should coerce no one to do something that is not commanded by Scripture.

The “Affair of the Sausages” foreshadowed what was to come in Zurich. During the two years that followed, Zwingli led his followers to cleanse the Zurich church of anything based on human tradition rather than on God’s Word. Sculptures were removed from the church and often destroyed; images on the church walls were whitewashed; and, even though Zwingli was a proficient organist, the organ was removed from the Grossmünster. Christian religion in Zurich was purged of anything that was condemned by Scripture or—even more radically—of anything that was not taught by Scripture.

Under Zwingli’s guidance, Christians in Zurich thus applied the Reformation principle of sola Scriptura – Scripture alone—to their religious beliefs and practices. But, as will be seen, they applied this principle in a manner that went far beyond what Luther had in mind when he spoke of biblical authority.

Back in Luther’s Wittenberg, the revolt against the Roman church had advanced much in his absence, and it threatened to become uncontrollable. In December 1521, Wittenberg citizens and university students, armed with knives, raided the local parish church, stealing mass books from the altar, thrusting priests from the church and throwing stones at people kneeling in private prayer to the Virgin Mary. From his hideaway, Luther rebuked such violence: “Preach, pray, but do not fight,” he wrote.

Nevertheless, riots ensued on Christmas Eve, and the following day Andreas Karlstadt—Luther’s elder, and more radical, colleague at the university—preached to a congregation of 2,000 townsfolk (nearly the whole town). He refused to wear traditional clerical garb and, clothed in a simple black robe, broke church tradition by reciting in German Christ’s words at the Last Supper and by letting the congregation partake of both the bread and the wine. Under Karlstadt’s guidance, all crucifixes, images and statues were removed from the church.

Amid this clamor, more radical preachers came from the nearby town of Zwickau. But they didn’t preach a message of sola Scriptura. Instead, they insisted that God had granted them new revelations by the power of the Holy Spirit, apart from Scripture.

When Luther finally was forced out of hiding, he reversed much of Karlstadt’s reform efforts. In contrast to both Karlstadt and Zwingli, he restored and promoted the use of religious artwork in churches. In a series of eight sermons, he called upon the reform-minded to restrain themselves and to have patience with those not yet able to endorse the Reformation. He rebuked the “Zwickau prophets” and cast them out of Wittenberg.

Luther desired Reformation, but he also hated disorder. Yet, as seen during Luther’s 10 months in hiding, some Reformers insisted upon a more radical view of Christian liberty than he had, as well as a more stringent application of sola Scriptura. Still others dismissed Scripture altogether, preferring their supposedly new, Spirit-inspired, inner revelations.

In short, the Reformation had become untamed.