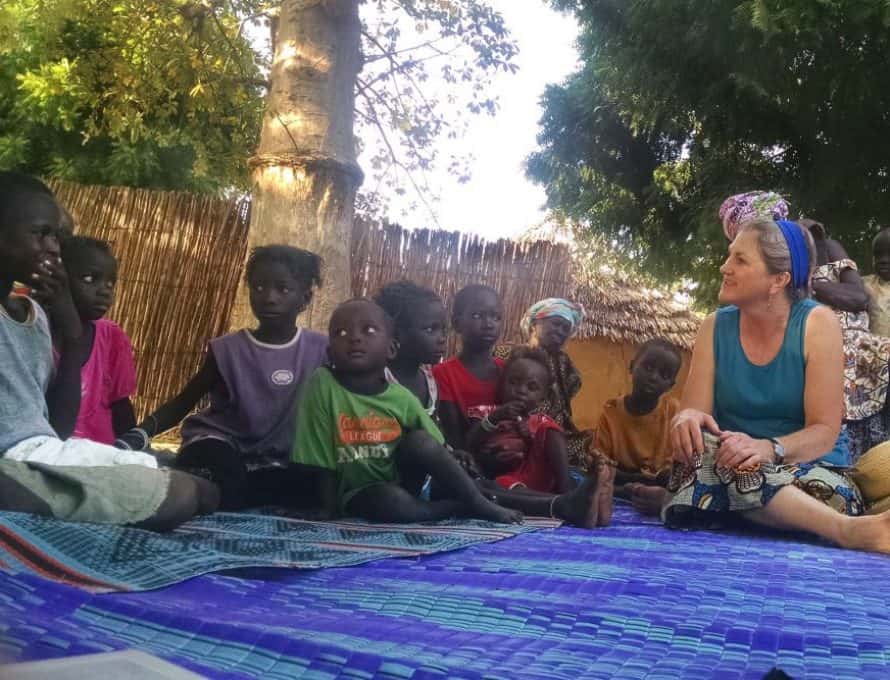 During the Jan. 22 Sunday morning worship, the church embarked on its new “Choose 2 Prayer Partner Project.”

“Everything begins with prayer,” Newton told Baptist Press. “Prayer was a priority for the New Testament church.”

Newton led his staff and other church leaders to build a prayer emphasis around teams of two people praying together each week, interceding for a specific nation and four specific people who are spiritually lost.

“A vital part of our discipleship is the practice of prayer,” Newton said. “Prayer helps us become more like Christ.” The prayer ministry is adapted from an outreach begun in 2012 by Tim Sadler, then evangelism director for the Illinois Baptist State Association. When coupled with missions giving and going, the renewed prayer emphasis will hopefully result in Woodland Baptist having an increased impact for God’s Kingdom, Newton said.

Generous giving is an aspect of discipleship Newton believes Woodland members already do well. The church allocates more than 20 percent of its undesignated income to missions, including 16 percent through the Cooperative Program – the Southern Baptist Convention’s giving channel for missions and ministry.

“Cooperative Program giving has been a priority for Woodland for many years. Missions is in the DNA of this church,” Newton said. “For us, giving is important because it helps us minister beyond the walls of the church.

Local ministries include partnership with the Midwest Food Bank, allowing the church to give monthly packs of food to about 30 families. Woodland Baptist hosted three block parties in a nearby park in the summer of 2016, and is planning another three this summer, to minister to families living in multi-family housing units just across the street from the church.

“A large Asian Indian population is one of the groups we’ve been trying to minister to,” Newton said. “The block parties have led to the building of some relationships” enriched by English as a Second Language (ESL) classes and cooking classes showcasing cultural dishes. The church’s four-days-a-week preschool, started in the early 1970s, has an enrollment this semester of 64 neighborhood children of various ethnicities.

“Peoria is an international city,” Newton said. “We’ve been doing English as a Second Language classes for at least 20 years. Harold and Jean Stark lead the ministry. Harold has written most of his own material, which he calls ‘Idioms.’ He includes phrases common to Americans but confusing to people from another culture, such as ‘Raining cats and dogs.’”

An additional outward focus is the Congolese congregation that has begun meeting at the church as an outgrowth of its ESL ministry. One of the neighborhood contacts is a pastor from the Congo who was already hosting weekly worship in his apartment, although his wife and two daughters are still in the Congo. Woodland Baptist extended use of its building to the Congolese house church after discussing with Joe Gardner, Metro Peoria Baptist Association director of missions, and John Mattingly, director of Northwest Region Church Planting for the Illinois Baptist Convention.

“They’re still just trying to find their way, trying to earn enough money to have a place to live, and learning the language,” Newton said. “Woodland is just excited to be a part of what God is up to. We’ve tried to see ‘where God is working and join him there,’ as Henry Blackaby has said, and it’s such a blessing to be used by Him.”

Woodland Baptist has also shared its building with groups of Chinese and Korean worshippers. The Congolese outreach extends to people more than 100 miles from Peoria, and has the potential to birth other Congolese churches.

The church’s Choose 2 prayer emphasis was a God-inspired extension of the church’s strong missions focus, Newton believes. “God’s Spirit was working in this to give us direction,” he said.

After much discussion, leaders determined to “trust God’s Spirit” to lead the prayer ministry, Newton explained. Men were paired with men, and women with women in forming prayer partners. The partners were announced during the Jan. 22 worship service. They were instructed to give each other the names of two people who do not have a personal relationship with Jesus, to pray for all four by name every week, and to pray for a nation assigned to the team.

“I had wanted to use ‘Choose 2’ and … this is where God led us,” Newton said. “We know some people are not comfortable praying out loud. Some will begin by texting or emailing. Hopefully they will become more comfortable praying together and even meet in person. The main point is we want people to pray, period.”

Choose 2 has three clear benefits, Newton said. “We’re emphasizing the importance of prayer. The praying causes us to think of lost people and perhaps to reach out to them directly; and third, [praying causes us] to think of what God is doing in the world.”