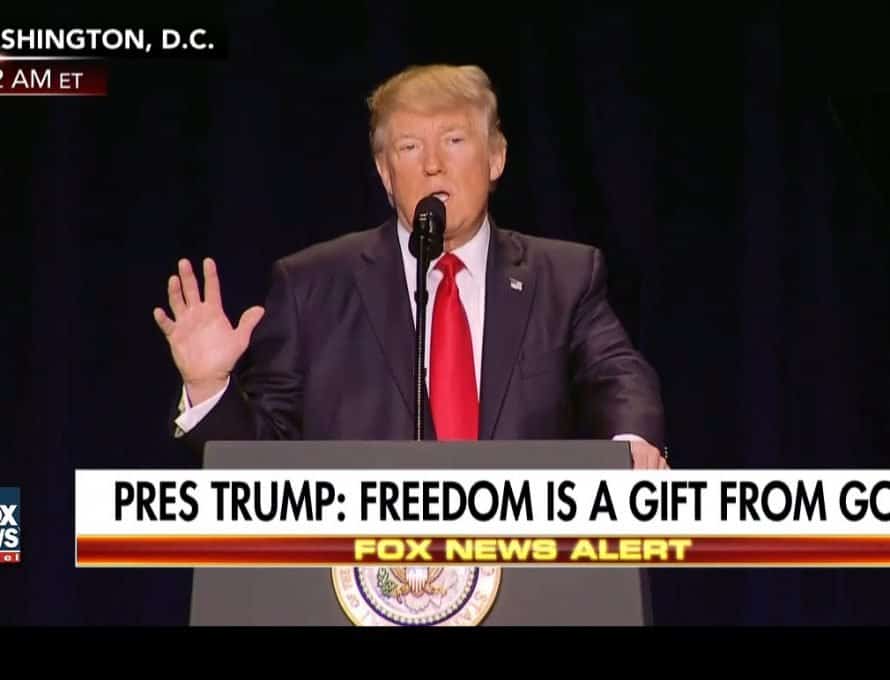 At the National Prayer Breakfast on Feb. 2, Trump spoke at length on religious persecution around the world and claimed the United States flourishes when religious liberty flourishes.

Those comments followed a leaked executive order draft that would instruct multiple government departments to protect freedom of conscience for those who believe marriage is a union between one man and one woman, among other provisions. But the Trump administration has given no indication whether the president plans to sign the document.

Before the draft began circulating in the media, the White House announced it would not alter a 2014 Obama administration executive action that limited the way those with Biblical views on sexuality can work with the government. The back and forth created confusion, and while social conservatives remain optimistic about the outlook for religious liberty, they admit conscience protection efforts haven’t gone as smoothly as some other initiatives.

During the final presidential debate last year, Trump won support from many evangelicals when he explicitly depicted late-term abortion and vowed to stand for life. But Trump never made the same explicit statements about same-sex marriage and the coercion faced by those who disagree with it. Instead, Trump promised to protect the LGBT community from discrimination and even held up a rainbow flag at one of his campaign rallies.

“It seems to be a real blind spot for him,” said Michael Brown, radio host and author of Outlasting the Gay Revolution.

Brown told me social conservatives did an exceptional job moving Trump to a more pro-life stance but had less success on the marriage issue. Brown said he believes Trump genuinely wants to protect religious freedom but has not decided how to separate that from his desire to appease the LGBT community.

Last week, observers saw that conflict play out within the Trump administration.

Religious freedom advocates believed they had Trump’s commitment to rescind President Barack Obama’s 2014 executive order stripping conscience protections from federal contractors. After the White House said he wouldn’t, rumors began to circulate that Ivanka Trump and her husband, Jared Kushner, helped influence the president to scrap the plan, along with the leaked draft order.

Mat Staver, founder and chairman of Liberty Counsel, acknowledged disagreements among Trump’s advisers pull him in multiple directions—particularly on religious freedom issues. The back-and-forth casts doubt on whether Trump will ever sign the leaked draft order.

“Now we don’t know if it’s coming,” Staver said. “But even if it is, it still doesn’t justify the LGBT statement of the president.”

Ryan T. Anderson of the Heritage Foundation noted that while Congress battles on several pressing pieces of legislation, Trump can do a lot of good with the stroke of a pen—starting with signing the leaked executive order.

Anderson’s Heritage colleague Melanie Israel told me she has no reason to believe Trump has made up his mind on issues of marriage and religious freedom.

“And in the meantime, we’re going to keep holding the president accountable for what he has said and advocating for policies that protect conscience and First Amendment rights,” Israel said.

In the aftermath of the