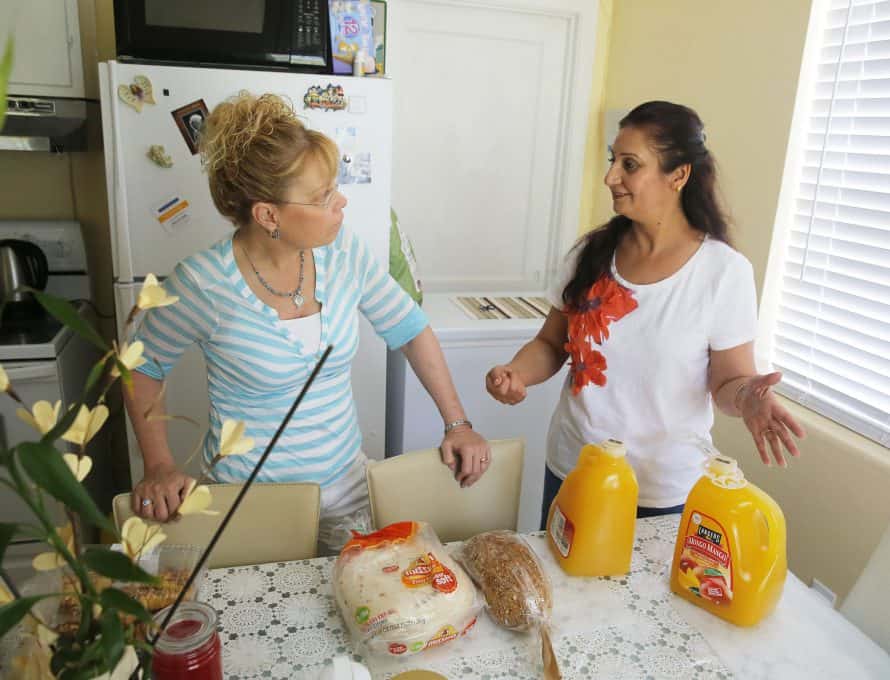 JACKSONVILLE, Fla. – While sitting with her daughter at a mall food court, Kim Carr noticed internationals in exotic clothing surrounded them. Carr asked her daughter, “When did they all get here? Where are they from? Who is reaching them?”

Armed with the new sensitivity, and prompted by the Holy Spirit, Carr felt led to learn more. She visited a local fitness center where staff immediately took her to an office. There, she met a former International Mission Board Journeyman who had been praying less than 12 hours before for someone to help with international refugees.

Two days after completing her English as a Second Language (ESL) certification on a Saturday, Carr wanted students. As one of America’s 30 refugee intake centers, surely Jacksonville would have people needing to learn English. And she felt God leading her to help unreached, unengaged people groups (UUPG).

Nearly 20 years later, the International Learning Center (ILC) of Jacksonville, Fla., Inc., has taught English and citizenship to more than 6,000 people from 108 countries. More than 1,500 students have made professions of faith while establishing more than 94 house groups.

And God has done this through a woman who hated English as a subject in school. With a bachelor of science in nursing, Carr’s professional expertise was starting and running medical businesses.

“I kept trying to talk God into a clinic and he kept saying English,” Carr said. “That was a huge surprise for me.”

After receiving her ESL certification, Carr started teaching classes at Chinese restaurants until the YMCA had a plan for what would become a growing project. Now, the ILC has its own 10,000 square-foot building and a thorough curriculum that the North American Mission Board (NAMB) hopes to see implemented in cities throughout North America.

Jacksonville is one of America’s smallest intake centers, but the flow of refugees into the city is diverse. Carr believes most cities have the same mix of immigrants and could use an ILC.

New refugees face many obstacles once they arrive. Most don’t know English or America’s culture, and many left their homeland penniless. Though they may be lacking physical baggage, emotional and political baggage often weighs them down. Many flee to America because of threats on their lives, mostly coming from UUPG countries where they are leery of western religion and slow to trust.

“They will trust an American over almost anyone,” Carr said. “They just don’ trust people from their own community because too many have been killed trusting.”

Through the ILC, Carr and her volunteers focus on teaching English and citizenship skills, which the immigrants typically are eager to learn. As relationships develop, she is able to refer students to planters from their language and culture. Those planters become advocates for the immigrants to help them navigate a new and confusing culture.

Carr is a member of Mandarin Baptist Church and receives Annie Armstrong Easter Offering® (AAEO) funds from NAMB for her work. Likewise, AAEO contributions are funding the template replication. A key component will be a partnership with local indigenous planters who start house groups in each Send City.

“At ILC 25-50 may make a profession,” Carr said. “However, the UUPG planters are reaching an additional 200 per year. They take the living water to them and enter into the people’s ‘mess.’”

And when they do, Carr calls that, “A beautiful thing.”