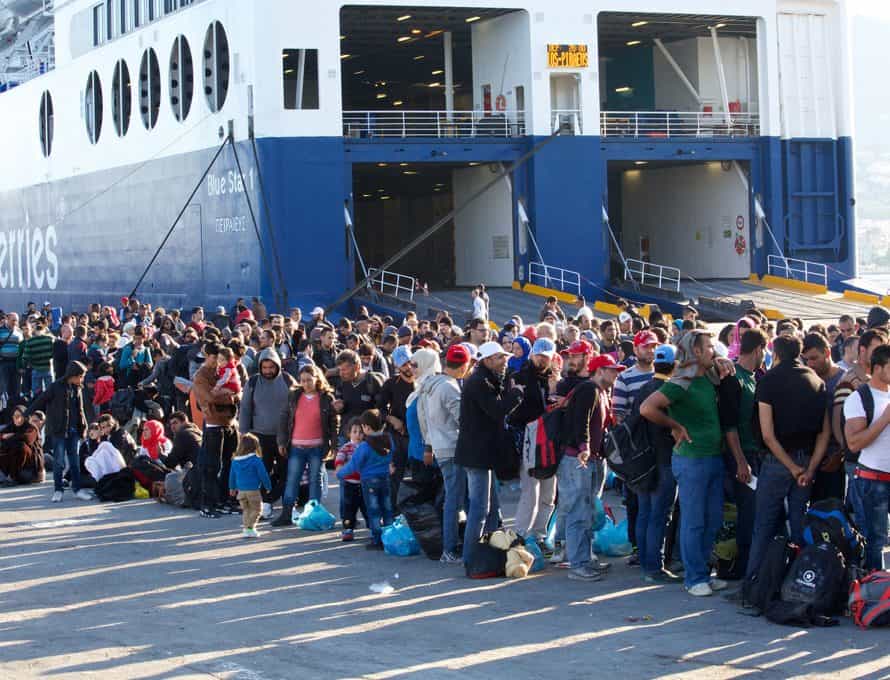 President Trump's executive order on immigration has provoked biblical reflections from believers across the spectrum of the immigration debate. Photo by Jedediah Smith/IMB

WASHINGTON (BP) — With President Trump’s travel ban from seven predominantly-Muslim countries on hold at least temporarily, some Christians are evaluating biblical teaching on immigration and refugees.

On one side of the debate, the National Association of Evangelicals’ World Relief arm is helping to draft a letter signed by hundreds of pastors asking Trump to rethink the travel ban. Other Christians have emphasized the need for stringent border security along with compassion toward immigrants and refugees.

Trump’s order was temporarily blocked Feb. 3 in a ruling by U.S. district judge James Robart, who held that a lawsuit seeking to overturn the order by Washington state and Minnesota was likely to succeed. Failing to halt the order immediately, Robart wrote, could cause “significant and ongoing” harm to “the States’ residents in areas of employment, education, business, family relations and freedom to travel.”

The Ninth U.S. Circuit Court of Appeals in San Francisco denied an initial request by the administration to set aside Robart’s ruling, according to media reports. As the appeals process unfolded, Trump criticized Robart, an appointee of George W. Bush, via Twitter.

World Relief’s Matthew Soerens told NPR today (Feb. 6) a coalition of evangelicals, including “hundreds of pastors … from every one of the 50 states,” will send a letter to Trump and Vice President Mike Pence later this week urging them “to reconsider” both the travel ban and an overall reduction of refugees permitted to enter the U.S.

America’s longstanding refugee-vetting process “is working,” Soerens said. “We’ve had about 3 million refugees who have been admitted and welcomed to the United States since 1980. Since that time, we’ve had a grand total of zero deaths of American citizens as a result of terrorist attacks perpetrated by someone who came through that refugee resettlement program.”

The 9/11 hijackers entered the U.S. legally through programs other than refugee resettlement.

The Old Testament’s repeated commands to love immigrates set Israel’s law apart from legal codes in other ancient near eastern societies, Soerens and Hwang wrote, noting a divine principle of compassion toward immigrants.

Christians “might remember the grace that we have received on a cosmic scale and, corporately, seek appropriate ways to extend to those who seek it the much smaller grace of being allowed to pursue citizenship in the United States,” they wrote.

The “inclination” of Scripture, Carroll wrote, “is to be gracious to the immigrant in the name of God and Christ.” At times, in response to unjustly restrictive immigration policies, Christians “might declare with the apostles Peter and John: ‘Judge for yourselves whether it is right in God’s sight to obey [governmental authorities] rather than God’ (Acts 4:19).”

Carroll noted he was “not advocating civil disobedience on a large scale.”

“One might note that Joshua failed to properly vet the Gibeonites in Joshua 10,” Hoffmeier told Baptist Press in an email. “They lied about who they were and where they came from.” Because of Israel’s failure to verify the Gibeonites’ story, God’s people “violated an order regarding the people of the land which God had commanded.”

In the U.S., “people keep saying our immigration system is broken and needs [to be] overhauled,” said Hoffmeier, professor of Old Testament and ancient near eastern history and archaeology at Trinity Evangelical Divinity School. “When you need to repair a car, you have to turn off the engine and check out the problem. Pragmatically, that is what Mr. Trump is doing with his pause for people coming from certain troubled nations who cannot help with vetting because the government is dysfunctional or the nation (e.g., Iran) has vowed to destroy us.”

In “The Immigration Crisis,” Hoffmeier noted multiple Hebrew words that reference immigrants in the Old Testament. He argued Scripture distinguishes between treatment that should be afforded to legal immigrants and those who are passing through a nation without legal status.

Hebrew words derived from the verb gwr — often its noun form ger — occur more than 160 times in the Old Testament and tend to reference “a person who entered Israel and followed legal procedures to obtain recognized standing as a resident alien,” Hoffmeier wrote.

In contrast, the Hebrew words nekhar and zar reference “foreigners … who are passing through the land with no intention of taking residence, or perhaps they would be temporarily or seasonally employed,” Hoffmeier wrote.

Hoffmeier also claimed Scripture gives examples of border control (as when Pharaoh granted permission for Joseph’s family to enter Egypt in Genesis 45:16-20) and deportation (as when Abram was removed from Egypt after lying about his relationship with Sarai in Genesis 12:20).

“Countries since biblical times have had the right to clearly established secure borders that they controlled and were recognized by surrounding governments, traveling tribes, and individuals,” Hoffmeier wrote. “Furthermore, nations, including Israel of the Bible, had the right to determine who entered their land and under what circumstances, and they could confer resident or alien status to foreigners should it be mutually beneficial. The same is true today, I maintain.”

Christians “must understand the tension that occurs because our government has a responsibility it is mandated to fill,” wrote Floyd, immediate past president of the Southern Baptist Convention and a member of Trump’s Evangelical Executive Advisory Board.

Floyd noted a 2016 SBC resolution “on refugee ministry” that called for “the strictest security measures possible in the refugee screening and selection process.” The resolution also “encourage[d] Southern Baptist churches and families to welcome and adopt refugees into their churches and homes as a means to demonstrate to the nations that our God longs for every tribe, tongue, and nation to be welcomed at His throne.”

SBC resolutions referenced immigration at least 10 times between 1846 and 2016, consistently advocating compassionate ministry (as in an 1846 call to regard a “mighty tide” of immigrants “with solemn interest”) and national security (as in a 1949 admonition for the government to observe “due care” in admitting “individuals friendly to our form of government and likely to become good citizens”).

Since 1935, SBC Annuals have reported on ministries to refugees, displaced people or immigrants in all but three or four years, according to research by the SBC Executive Committee.