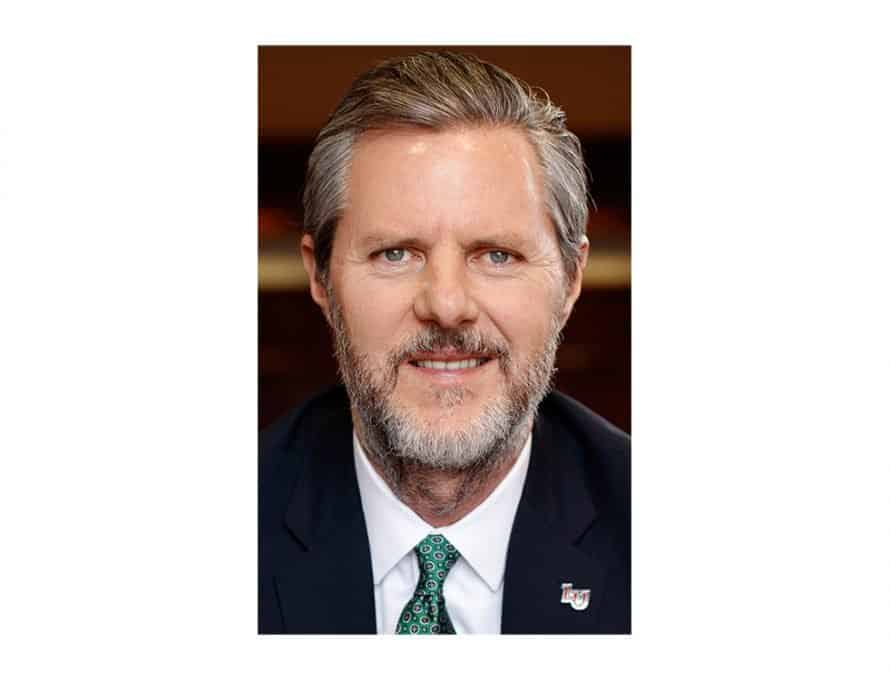 Liberty University's President, Jerry Falwell, had his portraits taken at the Hancock Welcome Center on January 26, 2016. (Photo by Kevin Manguiob)

While Trump has not officially announced the task forces, Falwell said the president extended the offer in November 2016 after he (Falwell) declined to serve as U.S. secretary of education, according to The Chronicle. He plans to discuss his leadership of the task forces with Trump Feb. 8, he told the Lynchburg News and Advance newspaper.

Paring back various federal regulations on higher education would be Falwell’s main goal in the posts that would give him input in the Trump administration while still allowing him to lead Liberty.

“We think many regulations published in the last decade need to be rolled back,” Falwell told The Washington Post. “I’ve got notebooks full of material from professors, from heads of accrediting bodies, from people in the financial aid department who have seen problems firsthand.”

Falwell spoke with several media outlets after telling The Chronicle of the posts on Jan. 31 but Stevens told Baptist Press in a Feb. 6 email that the Liberty president now prefers to hold comments until Trump officially announces the posts and the task forces’ scope.

Falwell has said he supports Trump’s nomination of Betsy DeVos for secretary of education. The U.S. Senate is expected to vote Feb. 7 on DeVos’ nomination, with Vice President Mike Pence indicating he’ll cast what could be a tie-breaking vote in DeVos’ favor. Two Republican senators, Susan Collins of Maine and Lisa Murkowski of Alaska, have voiced opposition to DeVos, setting up a 50-50 tie if all Democrats reject her.

Falwell, son of the late televangelist Jerry Falwell, endorsed Trump for president in January 2016. Liberty University describes itself as the largest, nonprofit university in the nation, with 15,000 students enrolled at its Lynchburg campus and another 94,000 in online courses, according to university statistics.

Students from across the U.S. and more than 75 countries are enrolled residentially, according to the school, with students from 86 countries enrolled in online courses.